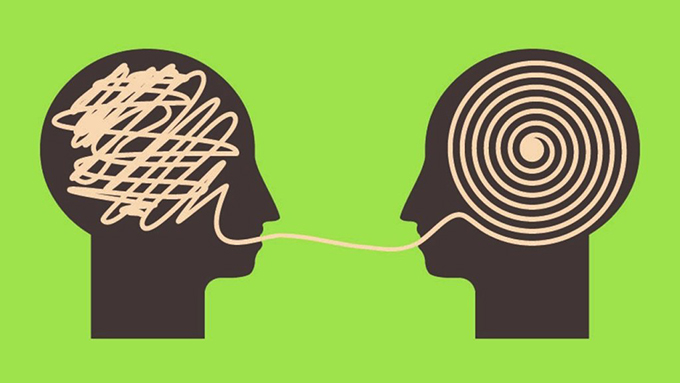 At the hematologist’s office, the doctor tells us that “the main complication in early post-transplantation is mild EVOH-SOS, resolved with defibrotide and diuretic treatment. Granulocytic seizure on day +24 and platelet on +42 ”. “I mean, I’m going to die,” one thinks.

We read in a headline the economic news about the hostile takeover bid that a company is going to carry out. Our imagination is triggered and we do not know if that company will close and its employees will go on strike, if it is moved from headquarters or if an enemy is going to invade us.

“The calibration of that piece depends on its deviation and it will be necessary to do an analysis of the dimensional tolerance and verify its surface finish.” This is how we read in the instruction manual of the car that we just bought. And we are about to return it.

Someone explain to me what all this means. I do not understand anything. Groucho Marx in A night at the opera caricatured the convolutedness of legal-administrative language with his famous interpretation: “I really don’t like that at all. Never sequels were good. Listen: why don’t we make the first part of the second contract part the second part of the first part?”

With this comic example, the unintelligibility of many of the messages we receive in relation to specific or specialized languages , that is, what we know as professional jargon, is made clear. Normally, its content escapes us almost completely or in its entirety.

Anyone who has applied for a loan or rented a flat, read a medical report, heard a news story about technical advances or wants to apply for a mortgage , will have found that not everything he hears, reads or signs is easy to understand .

It seems that they warn us that the language dedicated to administration and jurisprudence , medicine, technology, and economics and finance is directed at a few. Why is it so hard to get those messages? Why are they dark and cryptic like Egyptian hieroglyphs?

Perhaps it is the professionals in each of these areas who understand each other and the rest are left out of their communication, isolated and unable to participate.

We could think that under their messages an intention, fictitious or real, is hidden that makes it difficult and prevents to unravel the content, or perhaps it happens that they are only capable of expressing themselves as they do, as they have learned and practiced in their daily work, or perhaps be languages, not for laymen or laymen in the field, but for specialists in each of the particular fields.

Do you want to hide something from us?

Therefore, it is worth asking, do they take advantage of the domain of language so specific? Professional disciplines hide themselves in the monosemia of the lexicon they use, that is, in the unique meaning of each word , without metaphors or symbolism or personal connotation. But are they trying to hide something?

It seems that specific languages ​​distort reality, they want to subtract, camouflage or overlap it; almost always there remains an air of deception and presupposition of ignorance on the part of the receiver. However, its own users firmly and emphatically assure us that it is an objective and neutral way of expressing themselves .

We should begin to lose the fear of asking and asking to clarify or explain what we do not understand. We should not think that the difficulty of understanding elevates the rank or the hierarchy to the person who uses it. The depth of a message must be conveyed clearly and affordably and this does not mean losing professional status .

All this implies a communication with simple terms and a wording without syntactic complications to convey the idea directly, without bombast or ambiguity.

The use of acronyms without references, the predominance of punctuation in short sentences and without verb, excessive nominalization, foreign words and Latinisms have turned out to be some of the main obstacles that make these specific languages ​​something not very accessible and frightening.

In this sense, we observe that there are certain initiatives such as Plain language , in Anglo-Saxon countries, or the Finance for All Program and RecerCaixa , for example, in order to facilitate and bring said jargon closer to the majority of speakers for their understanding and understanding.

There should be a joint effort between professionals in their specific areas and the user of the standard language used by anyone.

It is convenient to clarify in dictionaries with simple and accessible definitions for all and to teach not only from the most school levels the technical vocabulary to acquire a certain familiarity with their own characteristics, but also to allow, favor and propose the transversal learning of said professional jargons to students university students in each of their degrees.

Author Bio: Maria Pilar Úcar Ventura is Associate Professor at the Faculty of Human and Social Sciences, Department of Translation and Interpretation and Multilingual Communication at the Universidad Pontificia Comillas