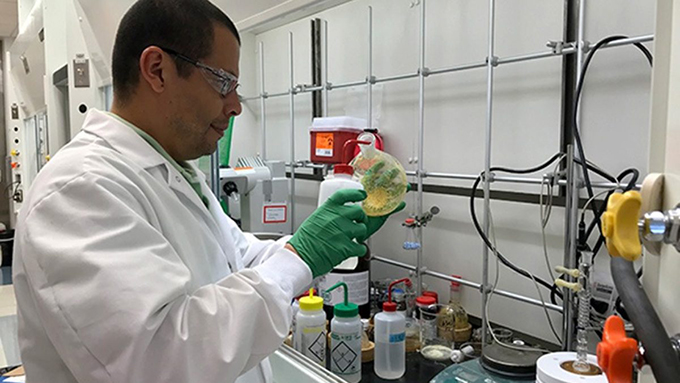 As we prepare to invest money to prevent the next global pandemic and find solutions to many other problems, science funders have a large opportunity to move towards open science and more research collaboration by offering open-source endowed chairs.

In these research positions, professors agree to ensure all of their writing is distributed via open access — and they release all of their intellectual property in the public domain or under appropriate open-source licences.

The global scholarly publishing market has grown steadily and is now worth over US$28 billion. Researchers estimate universities are also able to capture billions through patent licensing, although most technology transfer offices at universities actually lose money.

How academics use intellectual property

Intellectual property (IP) refers to mind creations like patents and copyrights. Academics use all kind of IP. For example, professors publish their work as articles in peer-reviewed journals, the majority of which are under copyright.

To gain access through the paywalls costs an enormous amount of money for a library (even Harvard’s library balked at having to pay more than US$1 million per year to access articles from a single publisher).

At the beginning of the pandemic, when fast innovation was needed, most major publishers made their COVID-19 collections “open access,” which means everyone could read them for free. They did this to speed up innovation because it is obvious that paywalls slow science.

Many universities brag about the number of patents their professors write. Patents are supposed to encourage innovation because they give the inventor a 20-year monopoly to profit from an invention and this provides a financial incentive.

The basic idea is a professor would patent an invention that could be mass manufactured and then reap licence revenue for 20 years.

This does happen. However, a tidal wave of academic study after study, have shown that patents actively hamper innovation.

This is because most innovation builds on other ideas and there is no “fair use” for patents.

It is illegal to even experiment on a patented idea without a licence. If you need to wait 20 years to build on a good idea, it obviously takes a lot of time to innovate. Historically innovation moved rather slowly, now the rate of innovation is fast. Consider now how ancient a 20-year-old phone would be in your pocket.

Some academics like science and engineering professors do make money on patents for their universities. But the patent revenue they keep tends to be meager, because the costs to get the patent must first be recovered before the inventors get anything. 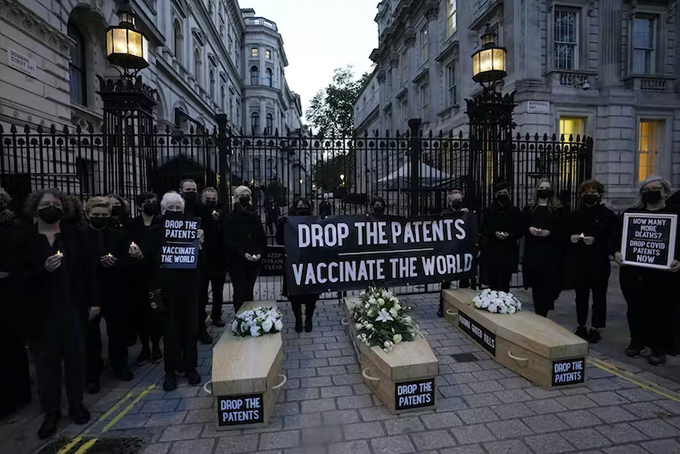 Advocacy to drop patents grew in the pandemic, seen in the work of global justice campaigners standing by fake coffins to highlight COVID-19 deaths globally, in October 2021, in London. (AP Photo/Alastair Grant)

Open source is a better way

Open source is the answer to speeding up innovation. Open source originally was developed in the software industry as inventors would share the source code of computer programs to innovate faster.

Open source works amazingly well because having a lot of people work on a problem together tends to get a much better solution than a few.

Today open source is dominant in all supercomputers, 90 per cent of cloud servers, 82 per cent of smartphones and most artificial intelligence. Ninety per cent of the Fortune Global 500 use open-source software.

The results of a survey study of university professors in Canada found 81.1 per cent of Canadian faculty would trade all IP for an open-source endowed chair and 34.4 per cent of these faculty would require no additional compensation. Surprisingly, even more American faculty (86.7 per cent) are willing to accept an open-source endowed professorship.

In both these studies, we presented participants with information about open-source endowed professorships to provide context and clarity for the subsequent multiple-choice and open-ended questions.

We looked at professors in every stage of their career (assistant to emeritus), tenured and non-tenured, at all types of universities (colleges to institutions with very high research activity), and in all disciplines including professional programs.

We analyzed results for three core disciplines of engineering/technology, natural sciences and social sciences to assess if there are differences in preferred compensation types among scholars of various disciplines.

The will to share was robust across all variables. Professors as a whole would be willing to make all of their IP freely available in exchange for the open-source endowed chair.

I currently hold the John M. Thompson Chair in Information Technology and Innovation, and am one of the first endowed chairs to make an open-source commitment.

It is clear, even from my own work that has been sped along by many others freely contributing to my open-source projects, that science will move faster with open-source methods.

There is a clear willingness of academics to leave behind antiquated IP models for the good of science and society. It is time to provide incentives to accelerate innovation using open science to hasten scientific progress while also making science more just and inclusive.

All research funders — governments, foundations, private companies, donors and universities — should start funding open-source endowed chairs to maximize the impact of their resources.