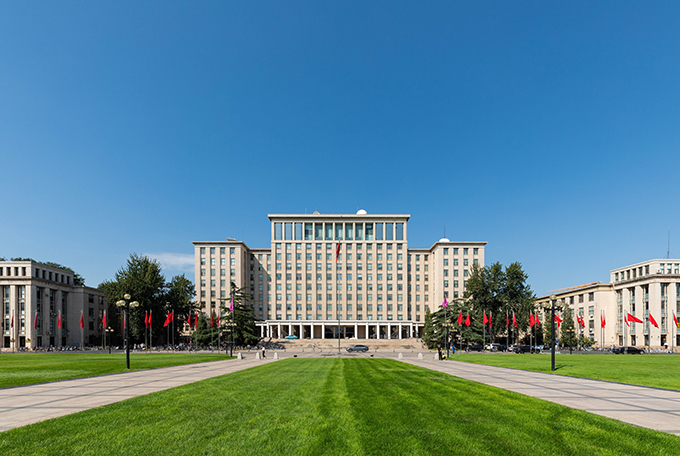 Three Chinese universities declared on May 9 their intention to “withdraw from international rankings” . The announcement, given by national official news outlets, concerns the People’s University (Renmin) in Beijing as well as the universities of Nanjing and Lanzhou, located respectively in the provinces of Jiangsu, in the east of the country, and from Gansu, in the northwest, at the junction of the Tibetan plateau and Mongolia.

If these three universities are recognized in China by their size and their history, their name is more confidential outside the national borders, since they are not part of the “world-class universities”, these world-class establishments evaluated annually by the various international ranking bodies.

The announcements of these universities are an immediate response to the address of the President of the People’s Republic of China during a visit to the University of the People. On April 25, the latter spoke vehemently about the need for China to continue to strengthen the position of its universities to make them world references but “with Chinese characteristics”. Xi Jinping had explicitly declared on this occasion that international academic excellence could not be achieved by following other countries or by adopting foreign models or standards.

The president’s speech, followed by these three announcements of abandonment of the international ranking system, has not yet had any direct consequences on the policies of other establishments, but it questions the vision of the Chinese Communist Party in terms of education. higher education and research in international competition.

Admittedly, the declaration has above all a political and symbolic significance, since one does not decide to “exit” from a classification just as one does not decide to enter it. The university can at best stop providing data to the ranking bodies which will continue in this case to evaluate it from other sources of data such as bibliographic databases, patent databases, Nobel Prize registers, search engines, public surveys .

More fundamentally, pushing universities out of international rankings may seem an incongruous decision in the current geopolitical context. Historically absent from the global higher education landscape, China has ten universities in the top 200 of the Times Higher Education rankings in 2022 , with Tsinghua University and Peking University tied for sixteenth place. Seven universities in mainland China are in the top 150 of the QS Rankings .

This is a recent and meteoric rise that the Chinese government has strongly supported in order to attract the talents and investments necessary for scientific research in a global economy closely dependent on innovation and R&D.

These performances were obtained not only by reforms of the governance and mode of financing of the universities but also by a real world war of the standards which were for a long time those of the American Ivy League or Oxbridge. In the early 2000s, based on the research of a team from Shanghai Jiaotong University, China developed its method and its indicators of excellence, now entrusted to a private operator, the Academic Ranking of World Universities ( AWRU ). It is therefore this so-called “Shanghai” ranking, which since 2003 has upset the traditional balances in the large world market of university reputation.

That Xi Jinping sets himself up today as a destroyer of the domination of Western standards may seem ironic since it is precisely China that has imposed the criteria that prevail on a global scale.

More quantitative and less focused on reputation and prestige, these criteria have enabled some Chinese universities in twenty years to collaborate as equals with the best universities in the world, to intensify academic exchanges, to recruit Chinese graduate scientists abroad, and especially not to be evaluated on dimensions that they do not control or on which they are fragile, such as academic freedom .

Declaring the exit from the rankings thus marks a new stage in the strategy for the development of Chinese higher education and scientific diplomacy with Western powers.

Xi Jinping’s message is clear: Chinese academic and scientific development today is less and less dependent on the transfer of knowledge from abroad. Second world economic power , China has less need of the West as a source of legitimacy because its stage of economic and scientific advancement is sufficient to self-declare the excellence of its universities. Thus, the time when it was necessary to influence the criteria of others is over. The country is advancing in its strategy and moving to a higher level.

With this call to reject foreign models and standards, Xi Jinping is not only addressing Western countries, but also speaking to the rest of the world. As part of the continuity of the foreign policy of the last ten years, the Chinese president reaffirms his opposition to external interference, especially when it is Western.

By using the expression “with Chinese characteristics” moreover, he takes up a habit of Chinese leaders since the establishment of the policy of economic openness by Deng Xiaoping in the 1980s to draw inspiration from foreign examples without having to justify any inconsistencies and above all without allowing any particular model to consider itself as such. Paradoxically, this formula with appearances of closure has been, over the past forty years, a powerful means for China to borrow from abroad in complete freedom. 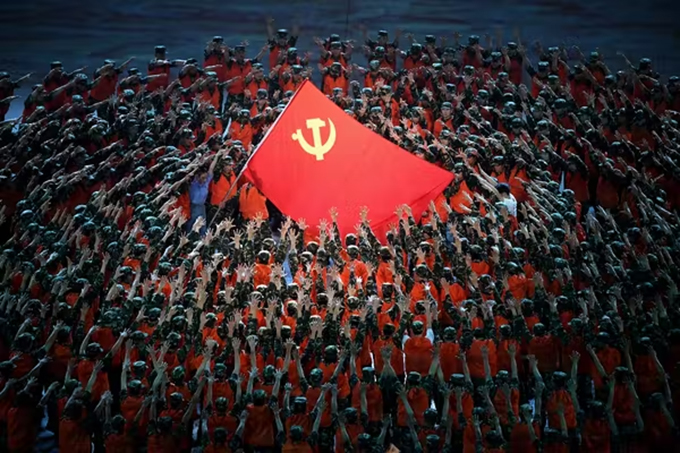 On June 28, 2021, the 100th anniversary celebration of the CCP at the Olympic Stadium in Beijing. Noel Celis/AFP

Thus, more than an isolationist discourse, the call for universities to create an independent system of knowledge and knowledge is a claim for autonomy vis-à-vis Western countries, mainly the United States. In line with the principles that presided over the opening of the “New Silk Road” and the intensification of investments on the African continent, China continues to address other countries, trying to bring more and more into the anti-American order that she advocates, to form them into a “circle of friends” to use the terms of the political scientist Alice Ekman .

The new world leadership that Xi Jinping is trying to install as an alternative to that of the United States defends a system of values ​​that is different from that of democratic regimes but which nevertheless wants to be modern and efficient in terms of results, particularly on the scientific and education.

As for the potential effects of these declarations, it is still early to say. For the moment, the three zealous universities which announced, in the wake of the presidential speech, wanting to turn their backs on the rankings are not among the front runners and have few relations with North American universities.

Such a discourse could, however, presage new policies leading to more restrictions on academic mobility, or even real constraints, even more drastic than the current ones, penalizing the activity of researchers and students, thus recalling the beginnings of the cultural revolution, in the mid 1960s.

These restrictions would be all the more easily justified in the eyes of Chinese and even international public opinion, since the health context of the Covid-19 epidemic has already led the government to significantly restrict incoming and outgoing international mobility for several weeks: limitation of the issuance of new passports to Chinese nationals, cancellation of most international flights to and from China, temporary confiscation of passports in certain provinces.

These short-term measures echo a series of reforms which, in recent years, have diminished the importance of foreign language teaching in secondary education and in university entrance examinations, until the decision by the government not to open this year the exams for the international test “Advanced Placement” (AP) massively used by Chinese high school graduates to access American universities.

The health crisis is affecting the international influence of Chinese universities, there is no doubt. Discouraged by the restrictions on fundamental freedoms and by the draconian conditions of surveillance and quarantine, foreign candidates are turning away in favor of other destinations. No one knows if China will be able to maintain its eighth place in the list of host countries for incoming international mobility, after having experienced constantly increasing flows since the beginning of the 2000s ( Campus France 2018 data ).

The so-called “exit” from the rankings would thus be a way of anticipating the uncertainties hanging over the potential of major Chinese universities to continue improving their rank in the years to come. Having already gained some global prestige through their rapid rise in international rankings, these universities might otherwise see little gain from simply plateauing without being able to reach the top .

The possible announcement of permanent restrictions on the freedom of movement of students and researchers, as well as the implementation of a truly isolationist policy in academic matters, would however be a dangerous game. By indicating in his speech at the University of the People that Chinese universities should “inherit the red gene” and “follow the party”, Xi Jinping seems to want to reconnect with the practices of the years of the cultural revolution (1966-76). At that time, the selection and promotion of elites was based above all on political loyalty: one had to be identified as “red” to serve the Party in the realization of its ambitions for the development of the country. “Expertise”, that is to say competence, was not enough .

The challenges of the 21st century are different and  Xi Jinping knows that the development and geopolitical influence of his country are essentially based on its training capacities, on its scientific advances as well as on its potential for innovation .

In the near future, we may witness both limitations on academic mobility and the continued development of Chinese scientific and intellectual influence around the world, fulfilling the prophecy of American historian Rebecca E. Karl that wrote in 2020 that “Xi Jinping’s era is shaping up to be both the most chillingly insular and the most outward-looking in China’s history”.

Author Bio: Alessia Lefebure is a Sociologist, member of the UMR Arènes (CNRS, EHESP) at the School of Advanced Studies in Public Health (EHESP)