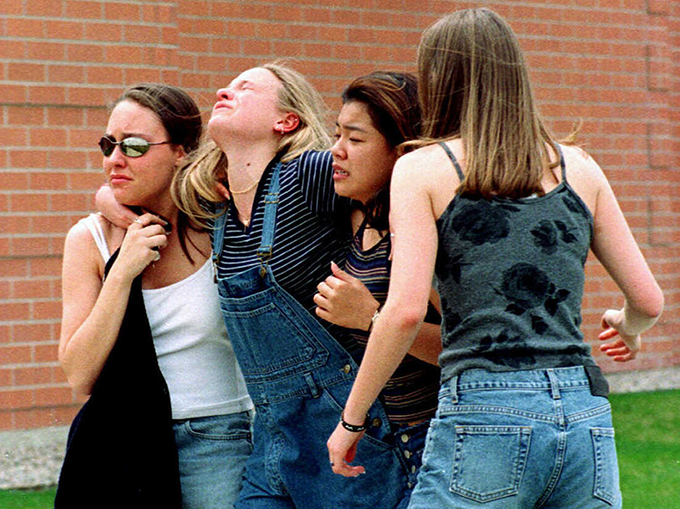 As the U.S. reels from another school shooting, much of the public discussion has centered on the lives lost: 19 children and two adults. Indeed, the massacre at Robb Elementary School in Uvalde, Texas is the second deadliest such incident on record, after the shooting at Sandy Hook Elementary School in 2012.

Since the Columbine massacre in 1999 in which two teenagers killed a dozen students and one teacher, at least 185 children, educators and others have been killed by gun violence at American schools, according to figures compiled by The Washington Post. 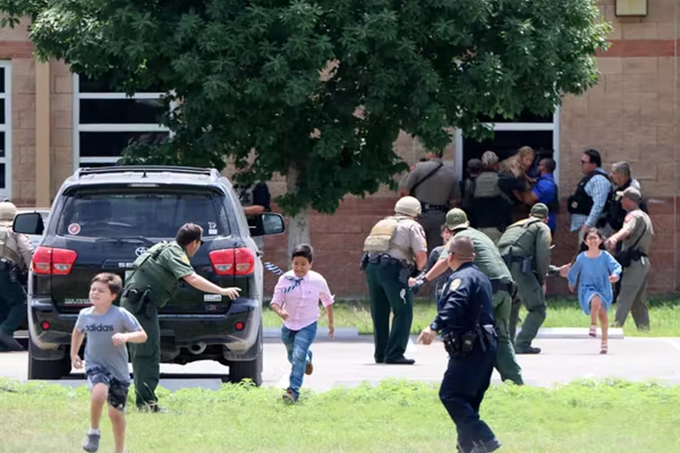 But this death toll captures only one part of the immense cost of gun violence in American schools. We have studied the long-term effects of school shootings on the health, education and economic futures of those who survive such incidents. Our research shows that despite often escaping without physical harm, the hundreds of thousands of children and educators who survive these tragedies carry scars that affect their lives for many years to come.

In a 2020 study, we analyzed 44 school shootings that took place in the U.S. between 2008 and 2013 to assess the impact the incidents had on students’ mental health. Using a unique data set documenting antidepressant prescriptions in the surrounding areas, we found that antidepressant use among youth near schools that experienced shootings increased by over 20% following the event. 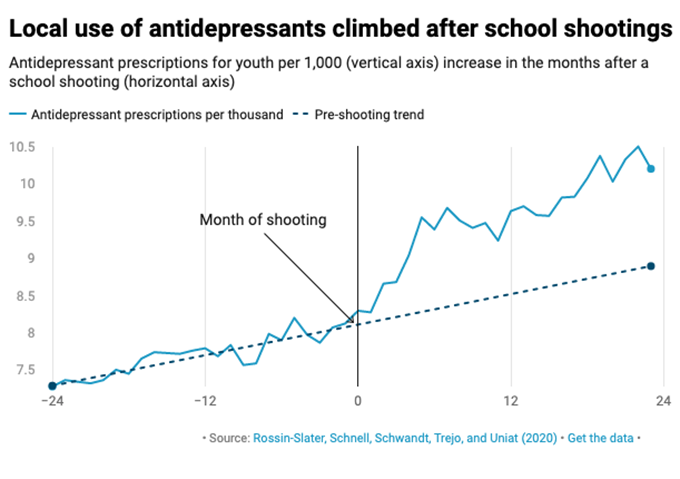 This increased usage of antidepressants persisted for over three years after the shooting, indicating that the deterioration in mental health among local adolescents was not temporary.

The effects were more pronounced when the school shootings included fatalities, suggesting that events like the massacre in Uvalde are likely to result in long-lasting health effects on survivors that extend beyond the physical injuries some have received.

But the mental health impacts of mass school shootings tell only part of the story. While deadly massacres like the one in Uvalde receive widespread media and public attention, many more acts of gun violence at schools are less fatal and less highly publicized. Indeed, figures from the Center for Homeland Defense and Security show that in 2021 alone there were 240 incidents in which a gun was either brandished or used in a school.

Of all shootings that took place at U.S. schools in 2018 and 2019, nearly three-quarters had no fatalities. But that doesn’t mean they don’t have an impact.

To assess their effects, we studied fatal and non-fatal school shootings in Texas – taking a wider lens and considering acts of gun violence that frequently take place at schools but are unlikely to make national news.

Between 1995 and 2016, 33 Texas public schools experienced a shooting on school grounds during school hours – some schools had more than one.

We found that students who had been exposed to a shooting at school were more likely to be chronically absent and to be held back a grade in the two years after the event. 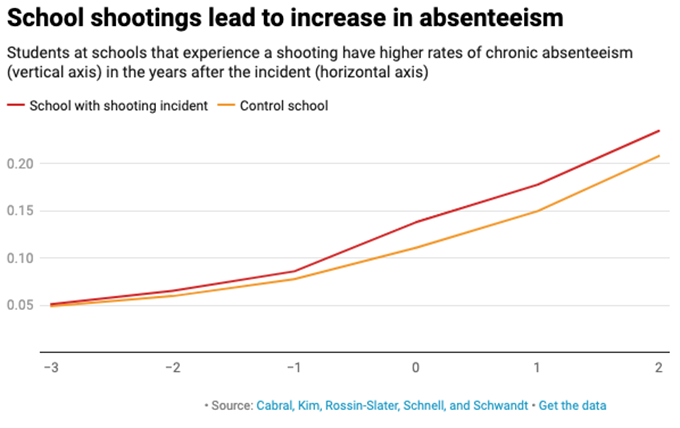 They were also significantly less likely to graduate high school, go to or graduate from college. The impacts extended into their early adult life. In their mid 20s, they were less likely to be employed and had lower earnings than their peers who had not been exposed to a shooting at school.

Eighteen of the 33 shootings we included in the study resulted in no fatalities, and no shootings resulted in more than one death. Yet, the negative impacts on people’s lives were profound. Our results reveal that each student exposed to a shooting could expect to earn US$115,550 less over the course of their lifetime.

Living with the consequences

The tragedy of the lives lost to gun violence in America’s schools cannot be overstated. But the data indicate that even those who escape these horrific events alive and without physical injuries are also victims.

These adverse impacts are observed in students exposed to mass shootings, but also the more routine acts of gun violence in schools that rarely make the news. With an average of nearly 50,000 American students experiencing an act of gun violence at their school annually in recent years, our findings suggest that the aggregate costs of school gun violence in terms of lost lifetime earnings is nearly $5.8 billion. The full costs in terms of detriment to the mental health of tens of thousands of young people is harder to quantify.

So as we mourn the 21 lives lost in Uvalde, we must not forget about the hundreds of other students who were at the school that day. These students will be forced to live with the consequences of what happened for decades to come.