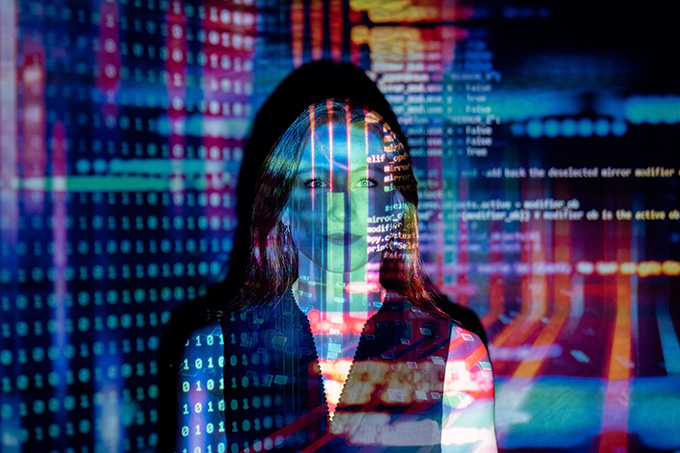 Adolescence corresponds to a period of profound changes, both biologically and socially, during which the young person gradually detaches himself from his family of origin and builds a more personal world, separated from his parents, by integrating a new group: the group of peers, bringing together his friends. According to the 2020 Find Your Tribe study, 46% of teenagers prefer to create friendships online (35% of French people think so) .

Advances in technology are opening the doors to a new fictional virtual world – the metaverse – which has won over young video game enthusiasts using the platforms of Roblox, Fornite, and others. A study conducted by Razorfish and Vice Media Group shows that 52% of “gamers” under the age of 25 feel more themselves in the metaverse than in “real life”. However, except for enthusiasts using these platforms, it will take solid arguments to embark the new generation in this new economy of the metaverse. Indeed, although 9 out of 10 companies are accelerating their investments in the metaverse, a study published by the bank Piper Sandler underlines that not all young people are yet ready to join the world of the metaverse. Among the 7,100 American teenagers surveyed (average age: 16), 48% of them said they were “uncertain” about the future of the metaverse or simply said they were “not interested” .

Given its recent development, there is still little information on what this metaverse will be and its effects on social links. However, we can make some assumptions. How could the metaverse revolutionize human relationships in the coming decades, especially among adolescents and young adults?

Parasocial relationships with friends who ignore us

Most teenagers tend to make their posts cartoonish, even provocative, in order to attract comments and views. The more “friends” we have, the more we feel we exist and the less we should find ourselves confronted with absence and existential emptiness (among all these “activatable friends”, at least one of them will manifest ).

On Facebook, for example, the creation of these new links leads to a new definition of friendship: “friending” . This is the link between two “profiles”, the “friends” being people whose profile interests you, whose MP3 files you may want to download, see their photos, read their blogs but… who are not necessarily “friends” on Facebook (not talking about “real life”!). Friending is therefore a declarative act which authorizes the exchange of information, but which no longer has anything to do with the pleasure of being and exchanging together. The subject feels fully existing because he imagines that a large number of people think of him, are interested in what he says and does . Young people tend to establish social relationshipswithout trying to enter into intimacy .

How to explain that we can weave emotional ties with people or characters who, however, are unaware of our existence? If you feel genuinely close to someone you only know through media, you experience what some researchers call a “parasocial relationship . “

In the context of parasocial relationships, users cannot go beyond dating, and will keep a distance from the figure online, while sending him signs of recognition, commenting on his publications or writing him private messages. . Celebrities and influencers therefore remain idealized personalities. Thanks to the development of these parasocial relationships, they can maintain a feeling of closeness towards the fans without having to maintain exchanges with them – or very rarely and in a superficial, even professionalized way (in this case it is not the personality that responds). , but the person who is in charge of managing his online communication).

These fans can also meet and befriend within communities, according to more traditional links.

This form of online friendship is quite distinct from real friendship, as we know it, which, according to Antonio Casilli, sociologist , is based on a mental, moral but also physical exchange. The need, in adolescence, to form friendships online rather than in the physical world speaks to the importance for adolescents of controlling their identity. The virtual could thus help them to overcome their fears but reduce their real involvement in the friendly relationship .

Is the asymmetry specific to the parasocial relationship still related to the era of the metaverse? If social networks offer adolescents the possibility of expanding relationships outside of the interpersonal ties that we weave in real life, they are also the place where it is possible to cross the screen and exchange with the figure mediated via his/her/its his avatars, if the latter is authentic.

The creation of new meeting spaces thanks to metaverses

Metaverses offer the possibility of accessing virtual public spaces where citizens can work, share a sports activity, play, shop, or dance. These spaces offer new opportunities for encounters and therefore the creation of friendship based on the sharing of common interests. For example, the Horizon Worldsallow groups of friends to meet in a private place but also offer nightclubs, play areas, workshops, sports clubs, virtual performance halls where users can meet, develop new friendships and form new communities. While social networks generated friendships through exchanges, the metaverse also offers the possibility of sharing activities and experiences.

Parasocial links in the era of the metaverse: rediscovered dialogue?

Social networks such as TikTok, Instagram, Facebook and Twitter already make it possible to follow the daily lives of influencers and celebrities, and thus create a feeling of affection and unilateral closeness towards them, a relationship of friendship described as parasocial. . While these relationships already strongly guide consumer behavior, particularly for Generation Z accustomed to digital friendships , the advent of the metaverse will accentuate their intensity by making exchanges more interactive and immersive.

Indeed, users of the metaverse will be able to evolve in worlds created by these celebrities and influencers, sometimes meet them, or play with them via their avatar (or digital twin). For example, Snoop Dogg created the “Snoopverse” space (on The Sandbox platform) and Paris Hilton owns the “Paris World” space on Roblox. Justin Bieber will also soon organize a concert in the metaverse “The Wave”.

According to a study by IZEA Worldwide , 56% of influencers indicate that they are already present in a metaverse and 70% of them believe that the metaverse will replace social networks. This metaverse will allow fans and followers to feel more “connected” to celebrities and influencers. And influencers to multiply the opportunities to generate advertising revenue…

The possibility of developing a bond of friendship with virtual influencers

These influencers share a fictional daily life with their community. Their success is based on their realism and their ability to create a feeling of closeness with their fans. As suggested by the work of Dwivedi and his colleagues , by becoming citizens of the metaverse, these virtual agents will be able to mingle with users and thus reinforce the realism of the shared friendly relationship – which will remain artificial, if not even more artificial, since these AIs are only computer programs and not human beings. They will also be able to duplicate themselves to appear simultaneously in the same universe and in several metaverses, which will increase the opportunities for direct interaction with these influencers and therefore the feeling of parasocial relations with their fans.

The Metaverse is not, however, free from dangers. As a study by Statista suggests , about 40% of consumers see the metaverse as a risk of addiction, identity theft, or harassment. These topics will need to be addressed quickly in order to regulate interactions in these digital worlds.

In conclusion, although its development is still in its infancy, the metaverse is likely to transform the way young people can form friendships by immersing them in spaces where they can share activities and experiences with peers, celebrities, influencers and artificial intelligences, all “citizens” of the virtual universe. The metaverse will eventually impact all aspects of our daily lives, including work. For the moment, recruiters realize that young people are not yet present massively in the metaverse, but they are starting to prepare to attract and recruit talent there for the years to come . The metaverse could therefore become a new opportunity to come into contact and interact with young people.