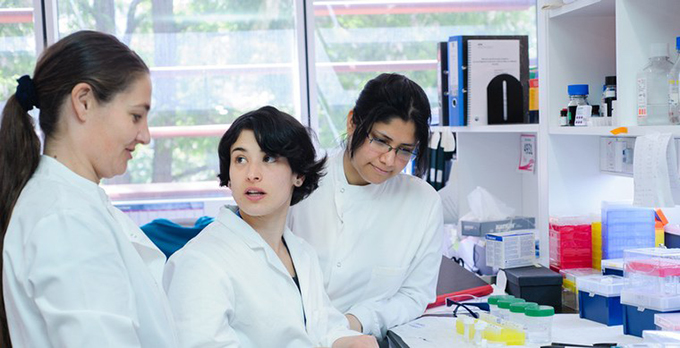 Female research scientists are more productive than their male colleagues, though they are widely perceived as being less so. Women are also rewarded less for their scientific achievements.

That’s according to my team’s recent study for United Nations University – Merit on gender inequality in scientific research in Mexico, published as a working paper in December 2016.

The study, part of the project “Science, Technology and Innovation Gender Gaps and their Economic Costs in Latin America and the Caribbean”, was financed by the Gender and Diversity Fund of the Inter-American Development Bank (IDB).

The study, which looked at women’s status in 42 public universities and 18 public research centres, some managed by Mexico’s National Council of Science and Technology (CONACYT), focused on a question that has been widely investigated: why are women in science less productive than men, in almost all academic disciplines and regardless of the productivity measure used?

The existence of this “productivity puzzle” is well documented, from South Africa to Italy, but few studies have sought to identify its possible causes.

Our findings demonstrate that, in Mexico at least, the premise of the productivity puzzle is false, when we control for factors such as promotion to senior academic ranks and selectivity.

Using an econometric modelling approach, including several macro simulations to understand the economic costs of gender gaps to the Mexican academic system, our study focused on researchers within Mexico’s National System of Researchers. 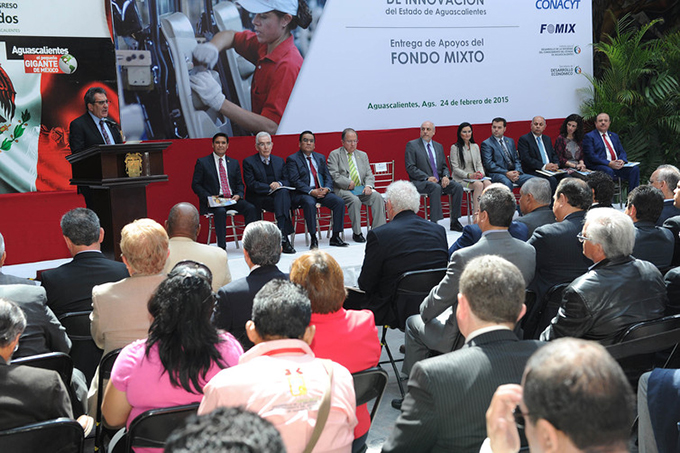 A presentation on Mexican government funding for scientific investment. How many women can you count? Government of Aguascalientes/flickr, CC BY-SA

Additionally, despite the common belief that maternity leaves make women less productive in key periods of their careers, female researchers in fact have only between 5% to 6% more non-productive years than males. At senior levels, the difference drops to 1%.

Nonetheless, in the universities and research centres we studied, Mexican women face considerable barriers to success. At public research centres, women are 35% less likely to be promoted, and 89% of senior ranks were filled by men in 2013, though women comprised 24% of research staff and 33% at non-senior levels. Public universities do slightly better (but not well): female researchers there are 22% less likely to be promoted than men.

Overall, 89% of all female academics in our sample never reached senior levels in the period studied (2002 to 2013).

In some ways this data should not be surprising. Mexico ranks 66th out of 144 in the World Economic Forum’s 2016 Global Gender Gap Report and a 2015 report by the Organisation of Economic Co-operation and Development (OECD) showed that among OECD countries Mexico has the widest overall gender gap in labour participation rates.

Some efforts are being made to improve gender equality in research. In 2013 Mexico amended four articles of its Science and Technology Law to promote gender equality in those fields, adding provisions to promote gender-balanced participation in publicly funded higher education institutions and collect gender-specific data to measure the impact of gender on science and technology policies.

Several CONACYT research centres have launched initiatives to promote gender equality among staff, but many of these internal programmes are limited to anti-discrimination and sexual harassment training.

More aggressive programmes include: the Research Centre on Social Anthopology’s graduate scholarship programme, in collaboration with CONACYT and the National Commission for the Development of Indigenous Peoples, to promote higher education and training among indigenous women; and policies to increase women’s participation in higher academic ranks and management at the CIATEQ technological institute, which also gives childcare subsidies to female staff.

But such examples are rare. Overall, women hoping to succeed in Mexican academia must work harder and produce more than their male colleagues to be even considered for promotion to senior ranks.

This persistent inequality has implications not just for women but for the country’s scientific production: if Mexico were to eliminate gender inequality in promotions, the national academic system would see 17% to 20% more peer-reviewed articles published.

Mexico is not alone. Our previous research in France and South Africa, using the same econometric model, found that gender inequalities there also prevent women scientists from being promoted to higher academic ranks.

Examining French physicists working in the Centre National de la Recherche Scientifique (CNRS) and in French public universities, we learned that female physicists in CNRS are as productive as their male colleagues or more so. Yet they are 6.3% less likely to be promoted within CNRS and 16.3% within universities. This is notable in a country that ranks 17th in the world in gender equality, according to the World Economic Forum.

In South Africa, race plays an important role in explaining gender inequalities in science. Examining the career paths of researchers from 2002 to 2011, we observed that there are not large differences in the promotion patterns of white researchers by gender: 60.1% of white men were not promoted (even in cases where they applied for promotion), compared to 60.6% of women in the same period. But the gap widens dramatically when you account for ethnicity: 70.4% of non-white men and 69.2% of non-white women are not promoted. 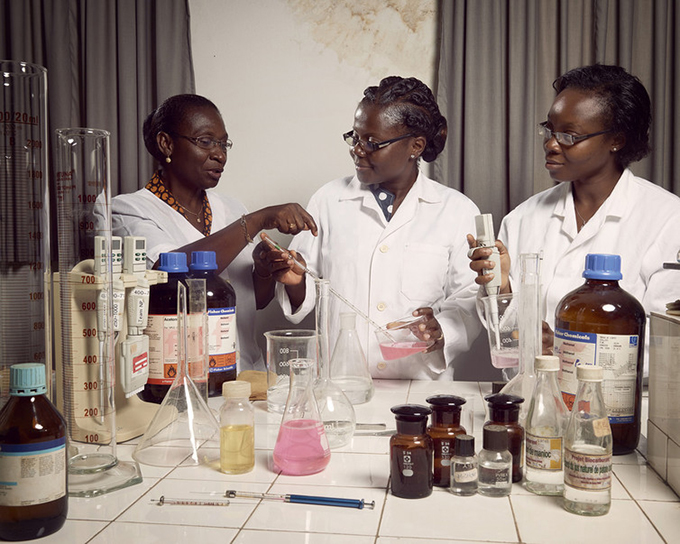 In Uruguay the same IDB gender gaps project identified a glass ceiling as well. There women are underrepresented in the highest academic ranks and have a 7.1% less probability than men of being promoted to senior levels.

Moreover, from Mexico and Uruguay to France and South Africa, a vicious cycle between promotion and productivity is at play: difficulties in getting promoted reduce the prestige, influence and resources available to women. In turn, those factors can lead to lower productivity, which decreases their chances of promotion.

This two-way causality creates a source of endogeneity biases when including seniority as a variable to explain productivity in an econometric model. Only when we control for this, as well as for a selectivity bias (that is, publishing occurrence), do we find that female researchers are more productive than their male counterparts. Without these corrections, a gender productivity gap of 10% to 21% appears in favour of men.

The view that women are failing at science is commonly held, but evidence shows that, across the world, it’s science that’s failing women. Action must be taken to ensure that female researchers are treated fairly, recognised for their work, and promoted when they’ve earned it.