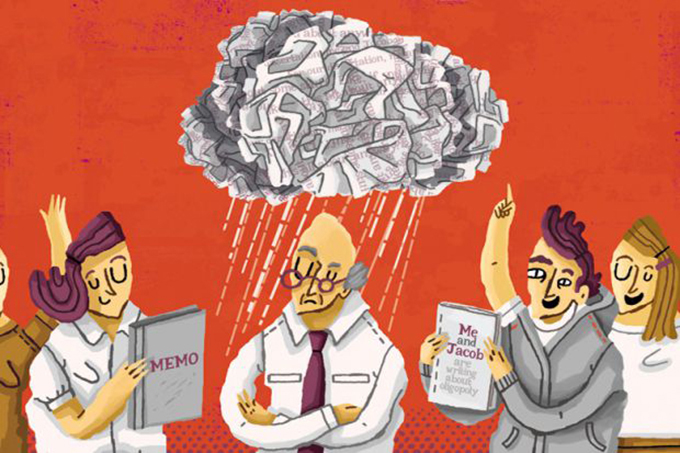 A few years back, I called attention to changes to the way how higher education in Wisconsin was being run. Namely, they were introducing new rules which potentially could eliminate tenure, annihilate academics, and reorganize higher education into a jobs training program. Naturally, the politicos making the changes said that the “potential” was just pure paranoia, that academics had nothing to fear from the new rules, which would just allow for better education, somehow.

Now, I’ve nothing against jobs training, and if you’re going to spend $100,000 on “education,” you absolutely should get educated in something which justifies that sort of expense (especially if you’re taking out a loan). Trouble is, the people running higher ed degraded education, far too often, instilling indoctrination over education. The only thing that slowed down this degradation was the academics…with them removed, why would anyone think the jobs training will be legitimate?

“Legitimacy” is seldom discussed in higher ed. “Best practices,” on the other hand, is. Time and again I’ve seen it: some Poo Bah finds a new way to loot student loan money away from the poor kids stumbling onto campus, and then other schools use “best practices” to do the same thing…ethics, much less legitimacy, isn’t part of the decision making process.

Now that Wisconsin has established that even “lifelong” contracts can be casually changed at a whim, it was only a matter of time, in this case weeks, for other places to adopt these “best practices”:

Proposed changes to shared governance at the University of Wyoming recall those passed in Wisconsin. Professors in Wyoming say tenure would exist in name only if their governing board gets what it wants.

Maybe the professors “say” that because it’s true? Naturally, faculty are generally against this. For what it’s worth, faculty aren’t much for protesting. Yes, we teach quite a bit, but we also do our research in the summer, and that usually requires travel. Still, we’ll protest the destruction of our jobs if we can.

Gosh, what would be the best way to keep faculty protests to a minimum?

“…the new planned board vote in July — when far fewer faculty members will be on campus or even in the state.”

One of the reasons “best practices” is considered a good way to do things is because it does make sense to simply copy ideas and actions which have been used successfully before. It’s the same thing with skullduggery, alas.

“…that university regulations may be “adopted, changed or amended at any regular or special meeting of the trustees without prior formal notice.”

So, they can just change the rules whenever they feel like it, and they can do so without anyone even knowing what’s going on. Yeah, there’s “potential” there for higher education to be simply stripped down to nothing but what the plunderers at the top want it to be. Why is it such a stretch to think the plunderers will take this opportunity to engage in more plunder?

“…such a change effectively means “the end of shared governance. Without even consulting the faculty, they could do whatever they wanted — with no prior notice, even on a phone call, at any time.”

Again, I point out the only thing that’s kept even a minimal amount of education in our universities is the tenured faculty, who are in a position to fight hard to keep some respectability there. At the community college level, tenure doesn’t exist, which is why you can commonly find 3rd grade material being taught there, assuming the classes have any material at all.

“All efforts would be made to preserve full-time faculty positions, but they wouldn’t be guaranteed.”

Yeah…anyone who thinks anything less than a guarantee is worth much is a fool. Granted, even a guarantee isn’t worth much anymore, since the previous rules were guaranteed, with the only caveat being that they might be changed later, under certain restrictions. They’re changing the rules, and eliminating the restrictions on further changes, and it’s that elimination which ultimately will result in the mass destruction of higher ed.

I grant that right now it’s all being “discussed,” but hey, it’s my blog. I’ll discuss it again in a few years (or less) when it all becomes reality.