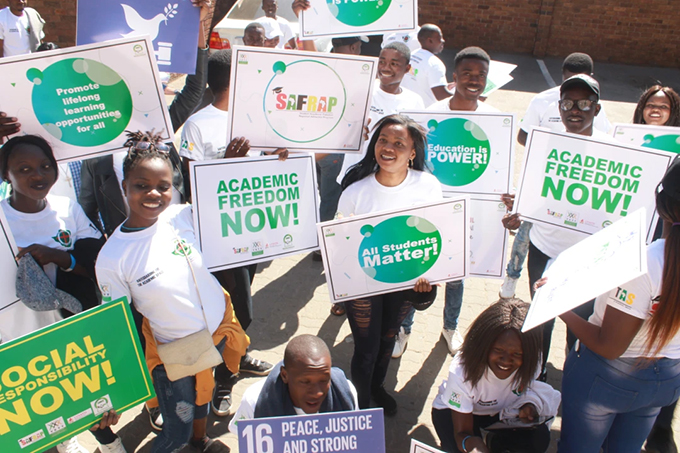 There is growing interest in the state of academic freedom worldwide. A 1997 Unesco document defines it as the right of scholars to teach, discuss, research, publish, express opinions about systems and participate in academic bodies. Academic freedom is a cornerstone of education and knowledge.

Yet there is surprisingly little empirical research on the actual impact of academic freedom. Comparable measurements have also been scarce. It was only in 2020 that a worldwide index of academic freedom was launched by the Varieties of Democracy database, V-Dem, in collaboration with the Scholars at Risk Network.

Following Unesco’s definition, the new index provides a comprehensive measurement of academic freedom. It covers research, teaching and expression as well as university autonomy and campus safety. It reveals that while the average level of academic freedom today is higher than before the end of the Cold War, the decline over the past 10 years is remarkable. Academic freedom has declined from 0.6 in 2009 to 0.43 in 2021 in a range of 0.00 to 1.00.

Advocacy groups have noted scholars’ deteriorating freedom of expression and working conditions in Turkey, for instance. This reflects global trends in civil liberties and human rights. Declines have been observed in the regions where academic freedom is greatest – Europe and North America – and in the least free regions: the Middle East and North Africa. In Africa overall, the level has been relatively stable: 0.58 in 2009 and 0.57 in 2021.

The positive effects of universities on local economies have been researched extensively. Recent approaches have also looked at wider societal impacts. Most notable is the Times Higher Education Impact Rankings assessing universities against the UN Sustainable Development Goals (SDGs). This shows a great variety of rankings in different goals. Universities high in SDG 4 – quality education – are not necessarily high in SDG 16 – peace, justice and strong institutions, which includes academic freedom.

My research has been on the political science discipline in African universities and its role in political developments on the continent. As part of this project, I have investigated the impact of academic freedom in the post-Cold War democratic transitions in Africa.

A study I published with the Tunisian economist Hajer Kratou showed that academic freedom has a significant positive effect on democracy, when democracy is measured by indicators such as the quality of elections and executive accountability.

The link between academic freedom and democracy
Around the world, there’s a strong correlation between academic freedom and other elements of democracy based on the V-Dem data. But cause and effect are not so clear. The African experience makes the relationship clearer because simultaneously, and in a relatively short time, the whole continent moved from one-party to multiparty systems. Before 1990, only five African countries with universal suffrage had multiparty systems. By 1995, constitutional one-party or non-party systems were exceptions.

Multiparty electoral competition alone, of course, doesn’t make a democracy. The sole purpose of elections can be to legitimise authoritarian rule and they can be rigged. It’s thus the quality of elections that matters.

The V-Dem clean elections index measures absence of registration fraud, systematic irregularities, government intimidation of the opposition, vote buying, and election violence. It is a useful indication of the level of democracy in Africa.

To look at the role of preceding levels of academic freedom for the quality of current elections, we built an econometric model. We then tested it through the V-Dem academic freedom and clean elections indices data.

To the best of our knowledge, this was the first attempt to investigate empirically the impact of academic freedom on democracy.

it takes time to consolidate democracy

to make politics inclusive, a country needs to produce its own knowledge and have its own intellectual capacity.

That is why attacks on scholars in Africa are troubling for the continent’s prospects of sustainable democracy and political stability.

Mobility and international cooperation is a strength for independent African academia. But the less attractive it is for African academics to return to or circulate within the continent, the more likely they are to leave. This will lower the competence and competitiveness of African countries. Conversely, countries supporting academic freedom, and investing in education today, can expect to have a bright future.

Author Bio: Liisa Laakso is a Senior Researcher at The Nordic Africa Institute