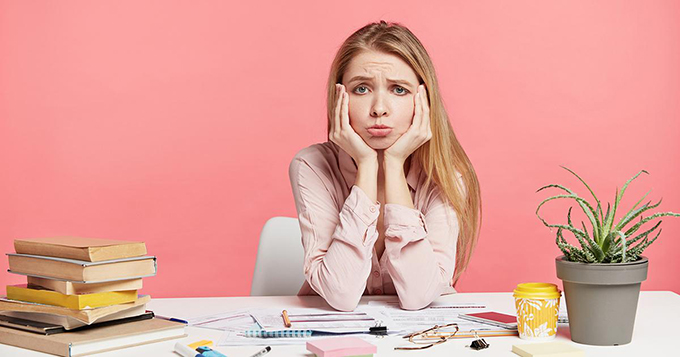 During the last election, the cry of “RACIST,” the great weapon of the Left for decades, was finally blunted after being bashed into the head of everyone the Left considers an enemy…basically half the country had this weapon smashed into their heads for voting for Trump, so it’s no small wonder the weapon doesn’t work as well as it used to.

They’re casting about for a new weapon, and one of the big candidates is the cry of “PRIVILEGE.” This is, of course, a code word for RACIST, and can be used almost interchangeably. Much like with racism, almost everything can be blamed on privilege, and it’s already being used excessively:

Academic rigor is not merely making a claim, but backing up that claim with facts and coherent arguments. For what it’s worth, a mathematically rigorous argument generally isn’t open to debate–pretty much by definition, if a mathematical assertion is open to debate, it’s not rigorous. Other fields aren’t so objective, and so a part of more qualitative arguments is debating and discussing the assertions.

I’d noticed long ago that certain fields (Hi African Studies!) generally don’t do debate and discussion. Any challenge to an assertion made there is either shouted down, responded to with a cry of RACISM, or both.

I’m inclined to believe academic rigor is a good thing, and the proper way to generate new, valid, knowledge. Lack of rigor, lack of discussion, is only good for spreading ideology. At best.

The one making this claim about the “privilege” of academic rigor heads an Engineering department. How could an engineering professor argue that rigor is unimportant? Buildings and bridges don’t remain standing because you yell at them or threaten to call them RACIST, after all.

Defining rigor as “the aspirational quality academics apply to disciplinary standards of quality,” Riley asserts that “rigor is used to maintain disciplinary boundaries, with exclusionary implications for marginalized groups and marginalized ways of knowing.”

Ok, so let’s go with this definition of rigor. When was quality determined to be a bad thing? When was rigor used to maintain boundaries? These seem natural questions to ask, but no argument is provided to answer them.

“Ways of knowing”? What? Gravity is pretty hard rule not to follow…it’s not “white” to obey and understand the rules of gravity, and I’m unaware of alternative “ways of knowing” how to adhere to those gravity laws. Similarly, there are many broad rules of engineering (eg, Newton’s Laws) where there only is one way of knowing the facts of how reality works. I assure the gentle reader that great minds have considered getting around those laws, because doing so would be a tremendous advancement in human knowledge.

But you have to actually know the laws before you can try to work around them. It’s not a white thing (I’ll never understand why the nuts making these sorts of claims just ignore China), nor is it a male thing (the professor making these claims identifies as female, which may or not be the same thing as actually being female anymore).

Riley also argues that academic rigor can be used to exclude women and minorities, saying, “Rigor may be a defining tool, revealing how structural forces of power and privilege operate to exclude men of color and women, students with disabilities, LGBTQ+ people, first-generation and low-income students, and non-traditionally aged students.”

Can someone get this person a mirror? She was head of the Department of Engineering at Purdue for over a decade. And yet she’s arguing the system kept her from rising to the top. I have to wonder a bit about what sort of engineer she is:

Let that sink in: this department is not being run by an engineer. She got a Ph.D. in Administration, not engineering.

To fight this, Riley calls for engineering programs to “do away with” the notion of academic rigor completely, saying, “This is not about reinventing rigor for everyone, it is about doing away with the concept altogether so we can welcome other ways of knowing. Other ways of being….

Is anybody else a bit worried about driving over a bridge built by engineers from this school? Would Riley really want her children on such a bridge? I suspect her tolerance for “other ways of knowing” would diminish markedly if her or her children’s life hung in the balance. Gravity, schmavity, right?

Campus Reform reached out to Riley multiple times for comment, but did not receive a response in time for publication.

Well, it is clear from the above she does believe her own work should not be open to debate, or even comment, but luckily the article I’m quoting from has a few comments from readers, uniformly dismissive of this “other ways of knowing” nonsense.

At some point companies will not recruit Purdue. This happened at Stanford. If an engineering product is defective people die…

The above comment shows I’m not alone in thinking that engineering is one of the many things in the modern world which should be pursued rigorously. Another comment asks the question I’ve been dancing around:

Wow I thought that engineering was about designing and building things , all this time it’s been another white haven, but why are there so many Asian and Indian engineers? More importantly why does this woman have a job?

When SJWs (Social Justice Warriors) take over a campus, they put themselves in “leadership” positions, from which they can enforce their lunacy. I can’t help but suspect that’s what happened here. From her position as department head, you can bet she pressures her underlings to follow her SJW ideals…or else. You can also bet she makes certain that all future hires are SJWs only.

Eventually, you’ll have a whole department of people with pseudo-engineering degrees, yet allegedly teaching engineers. I’ve seen it happen in math, so I can easily conceive it happening elsewhere.

In any event, Purdue has just nuked the credibility of their engineering degrees.