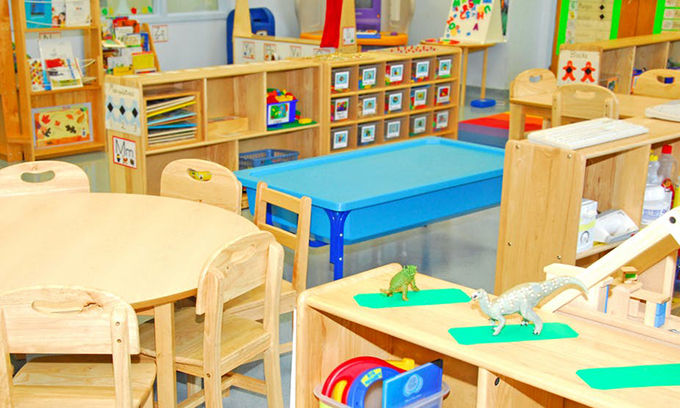 In France, it is still quite rare to consider school spaces according to their environmental qualities. This is a critical issue, with potential implications for educational success, such as children’s health. As early as 2005, several European studies presented at the symposium of the Réseau Recherche santé environnement intérieur (RSEIN) converged on the following observation: schools are poorly ventilated.

Containment that favors pollutant concentrations and the development of “unhealthy building syndrome” (manifested particularly by coughing, itching or dizziness). Indeed, it is established that an atmosphere charged with CO2 and pollutants alters cognitive abilities, disrupting information analysis and decision-making.

Would it be enough to sensitize the school community to the importance of good ventilation to remedy these problems? In fact, variations in weather and seasons are too complex for users to handle. These questions are to be taken into account as soon as the buildings are designed.

According to an Airparif study published in 2009, establishments located less than 40 m from a major road exceed all the rules in force – representing 125 schools, or nearly 28,000 kindergarten and high school students. primary schools, and 85 crèches, ie 3,250 places.

The ICONE index developed in 2007 by the Scientific and Technical Center for Building (CSTB) proposes an air containment metric for the classroom, based on the measurement of the concentration of carbon dioxide (CO2). On a scale of 0 to 5, this index reflects the adequacy of the air exchange of a room to its occupancy density. According to the June 25, 2018 report by the Indoor Air Quality Observatory (OQAI) on air quality in 600 classes, “41% of schools have at least one class with an index ICON very high, greater than or equal to 4 “.

But the integration of these issues in building standards is not yet a reality, as shown by the example of lighting. Mandatory minimum thresholds are well defined – for example, the average illuminance of a classroom should be between 300 and 500 lux, with a color temperature of 4000 K and <3500 K for a rest room . However, nothing is established regarding the adaptation of lights to audiences and activities, while multiple studies highlight their importance.

Give priority to a global approach

Indeed, it is known that warm light increases the negative mood in the under 23 years, while it is the cold light that negatively impacts the over 65 years. Studies reveal the importance of considering not only the color temperature of the inner light, but also the level of exposure of individuals to light before attending an amphitheater lecture. Exposure to cold light improves mood, performance, concentration and reduces fatigue, irritability and visual discomfort.

This invites us to promote a more systemic approach, integrating several criteria of environmental quality of learning spaces. This is what the 2016 “Clever Classrooms” report highlights. Based on more than 100 British classes, the research team concluded that combined air quality and temperature represent 28% of significant criteria influencing academic performance. Similarly, light and color represent 33% of the criteria.

However, these results must be put into perspective with current practices. Indeed, these studies were done in the presence of a “classical” simultaneous teaching, where students are not brought to move in the classroom. Under these conditions, the sensation of cold or noise may be different from that emanating from a more “active” learning situation, in the form of workshops or project management.

A dynamic to imagine

In a complementary way, we propose, in a holistic approach, to take into account factors other than physical, and more dependent on lifestyles. These should be at the origin of the design choices of healthy dynamic environments, as students and teachers spend 30-45% of their time in schools.

What building for the future? Consider that the 40-year life cycle of a building can be broken down into three parts. The first is the one that is most in phase with the initial command, namely a learning space; the second considers other communities or uses within it, and finally the third results from a displacement or aging of the population, with a sale of the place in perspective. But the evolution of uses is not always stalled on this rhythm, especially as the digital world is shaking up the modes of transmission today.

How long does it take for each cycle? How to optimize transformations by thinking them from the design of the building? To answer these questions, we are working on a concept of school delivered unfinished, in the sense that its philosophy lies in its ability to change over time. Conceptually, the idea can be attractive, but how to integrate it into the administrative technostructure? And with regard to laws and obligations? To innovate, it is also necessary to count with the public markets and the rules of security of the architectural work.

Author Bios: Laurent Jeannin is an Associate Professor,Alain Jaillet is a University Professor (specialist in educational technologies)and Séverine Colinet is a Lecturer in Education Sciences all at the University of Cergy-Pontoise