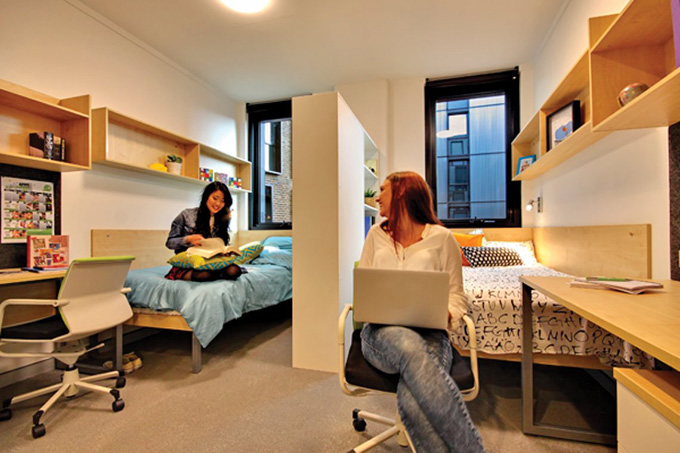 Australia is welcoming back international students in much greater numbers this year. Some predict new enrolments in 2023 could even be higher than the pre-COVID record in 2019. Student visa applications in the second half of 2022 were up 40% on the same period in 2019.

The downside is many of these students are likely to struggle to find affordable and adequate accommodation. They are facing record low private rental vacancy rates and higher rents than before the pandemic.

To make matters worse, a number of universities have been selling off a proportion of their student housing in response to falls in revenue during the pandemic. For example, in 2021, University of Technology Sydney sold three buildings with 428 beds for A$95 million to Scape, the largest provider in Australia’s A$20 billion purpose-built student housing sector.

In some cases, this has made student accommodation more costly. Rents are typically equivalent to, or even higher, than rents in the wider private rental market.

Like any group, students’ financial resources vary greatly. However, little was known about these inequalities and their impacts on international students’ housing and everyday living.

Our recently published study, involving more than 7,000 international students, shows many were struggling financially even before the post-COVID rental crisis. They suffered great anxiety about finding the money to pay the rent and worried about becoming homeless.

We also found food insecurity was common among these students. More than one in five had gone without meals. Similar numbers were unable to heat or cool their home adequately.

What did the study look at?

To study students’ experience of financial hardship or precarity, we used a scale of seven financial stress indicators from the Australian Bureau of Statistics. We added a new item, “Could not afford to buy prescribed textbooks”.

Our research project surveyed students who depended on private rental accommodation in Sydney and Melbourne, Australia’s top destinations for international students, in late 2019.

How many students are struggling financially?

A large proportion of students were struggling, as the chart below shows. Some 21% reported going without meals in the past 12 months. And 22% were unable to heat or cool their home adequately. 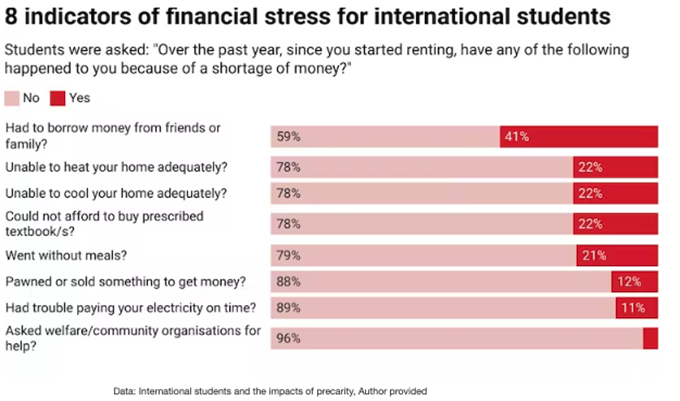 How affordable is students’ housing?

More than half of the students classed as highly and extremely precarious (53% and 58% respectively) said they could not “easily afford housing costs”. This compared to 34% of moderately precarious and 17% of secure students. 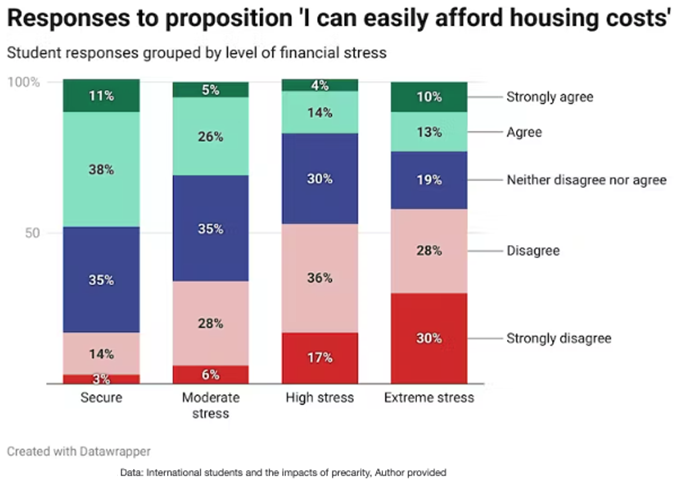 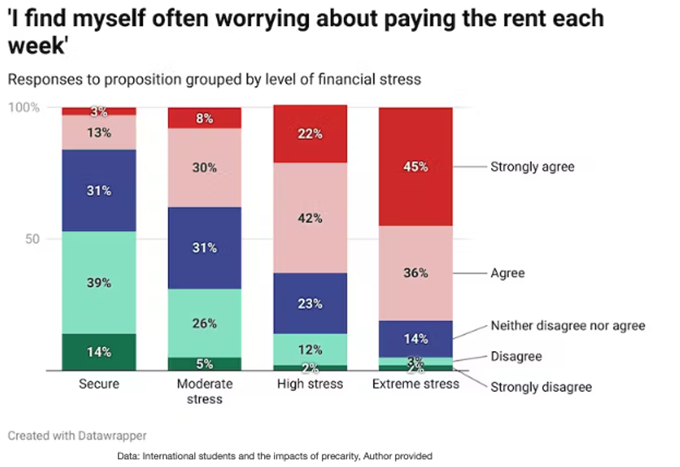 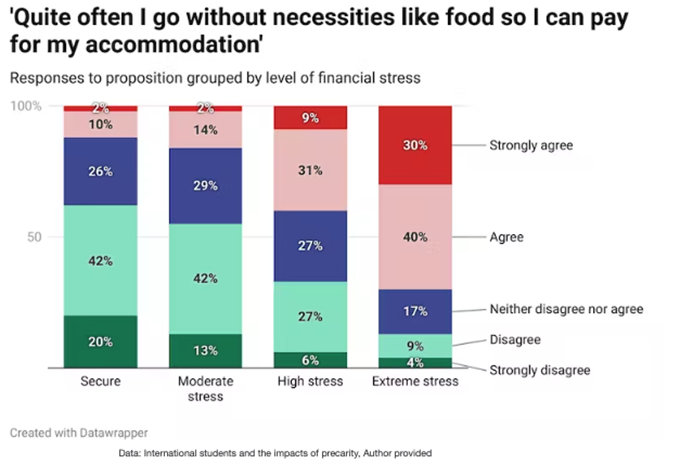 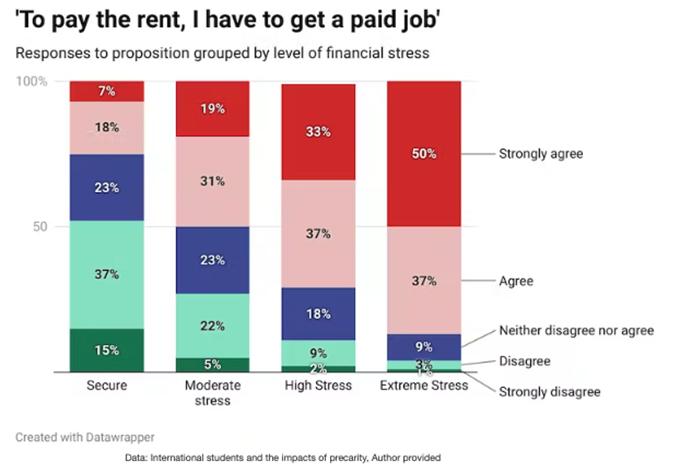 How secure do students feel about their housing? 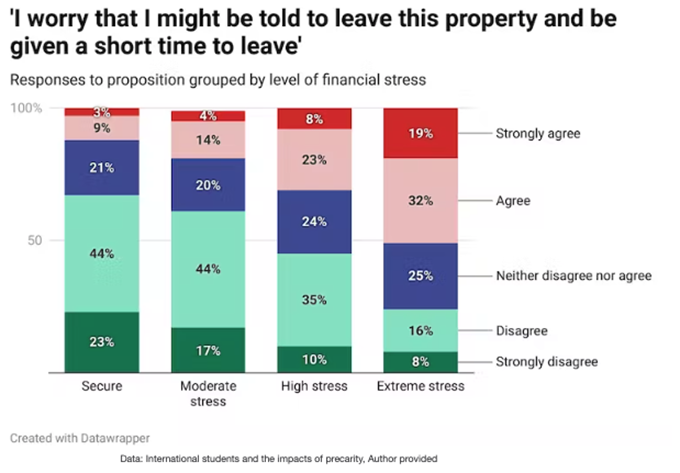 The rental housing crisis means the circumstances of international students in need of housing are likely worse now than in late 2019.

The risks are particularly high for students from poorer backgrounds or countries. Policymakers and education providers must pay more attention to the issue of housing students who come to study in Australia.