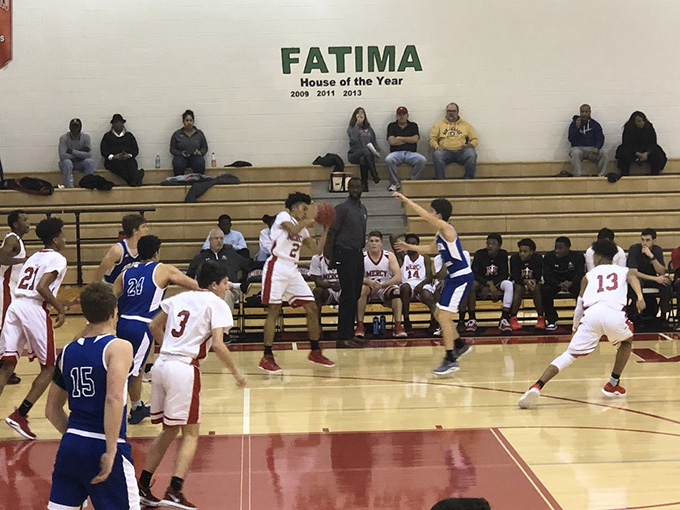 When high schools compete against each other in sports, often the winner is not the school with the best talent, it’s the one with the most financial resources to help develop and support its athletes.

Perhaps nowhere is that stark reality more evident than in Des Moines, Iowa. From 2009 through 2018, football teams at the city’s five high schools did not win a single game against eight suburban schools.

These types of disparities are forcing athletic associations in a growing number of states, including Iowa, to consider plans to create special athletic divisions to level the playing field so poor schools don’t have to compete against better-resourced ones.

Rather than grouping schools into conferences based upon a school’s enrollment, these new plans take other factors into account, such as how many students receive free or reduced-cost lunch, which is generally used as an indicator of how much poverty there is in a given school.

It’s an idea that doesn’t sit well with several coaches who are the focus of a study I am doing of high schools located in poor neighborhoods that nevertheless go on to win championships. The coaches in my study worry that creating a special athletic division sends a message that kids from poor backgrounds are not able to compete at high athletic levels.

As a researcher in sports psychology, I have discovered that although financial imbalances play a role in determining winners, they can be overcome with dedicated people in place. In many instances, the coaches told me, it takes personal sacrifice and investments. These investments can sometimes make or break a team. However, one problem is that when these sacrifices and investments come from one individual coach, often they are not sustainable.

One coach I interviewed heads an Atlanta varsity boys basketball team at a school in a poor neighborhood – which is also listed on Georgia’s list of “failing schools”. He spoke of how he has used his personal funds to help his players get experience in a developmental league, which provides opportunities for players to compete outside of school.

The league entrance fee was $250 total, “but I couldn’t even get my players to pay me $20 each, so I had to fund the entry fee out of my own pocket,” the coach said.

He is keenly aware of how different things are at schools located in more affluent areas. He mentioned how the coach at a more affluent school raised thousands of dollars in just two days from selling parking spots for a concert located across the street from the school.

A track and field coach from Georgia, who repeatedly produces state champions and college scholarship athletes, said that she rarely, if ever, receives any money from the athletic department to fund her program. Consequently, she calculated that she spends “$1,000 to $2,000 of my own money a year getting things for my athletes.”

The coaches noted how schools with more affluent parents are better able to support their teams through athletic booster clubs. The financial support alone does not make better athletes, they say. However, the greater financial support at those schools – often, but not always, private schools – can help lure top athletes who are looking for better athletic and educational opportunities.

As I explained in an article about 2019 NBA draft picks, leaving a public school with few resources to go to a private academy evidently enhances a player’s chances of being drafted by the NBA.

The coaches I spoke with said they did not believe it was impossible to overcome the problem of financial disparities. But they acknowledged that at a school where most of the kids are poor, the coaches must be willing to do more, both on the court and off.

Sometimes coaches find themselves having to feed their players.

“The nutrition piece always bugged me because there was not a lot I could do financially,” said a former basketball coach whose team won a regional championship in 2008 and made the state quarterfinals. “So I did pregame meals out of my own pocket every game, and even though it maybe was only a peanut butter and jelly sandwich, that adds up over time, and I have my own family to feed,” said the coach, who is now an assistant school principal.

The sacrifices that coaches make for their players don’t always involve money. A lot of those sacrifices involve time.

For instance, the Atlanta basketball coach – whose team won the district and region and made the state quarterfinals in the 2017-2018 academic year – gave up most of his summer vacation to open up the school gym so his team had a safe place to spend free time.

A football coach at another Georgia high school, whose team routinely beats the best schools in the state, related how he comes in to train his football players at 6 a.m. before going to his “other job” as a teacher at another school, then returns again to the school that afternoon for practice with the whole team.

These commitments and sacrifices often take a toll on these coaches’ own personal health or cause friction in relationships in their home life.

These sacrifices can go a long way, but schools cannot count on individuals to fix a systemic problem. What would level the playing field would be to make sure all schools have access to the same resources – not creating, in essence, a league of poor schools.

Author Bio: Rob Book is a PhD Candidate, Lecturer at the University of Southern Denmark