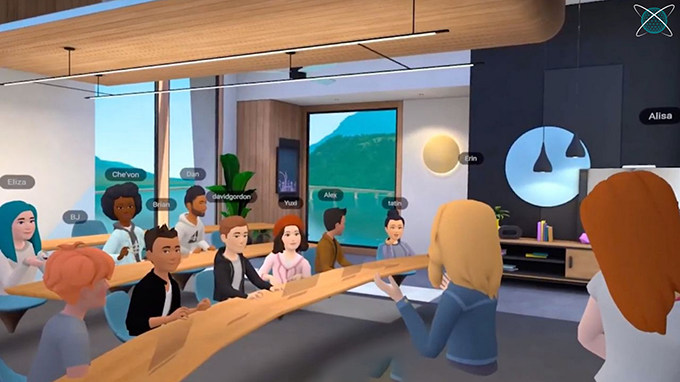 Higher education in the United States is in trouble. Spiraling tuition costs and a student debt crisis threaten to make college unaffordable to all but the wealthy.

In an attempt to cut spending and control tuition hikes, American universities are relying more and more on temporary instructors who are underpaid, teach a heavy course load and often lack job security and health insurance.

Many schools are also increasing class sizes and moving courses online in order to lower costs. And students are not happy: Online learning is less popular than in-person instruction, and dissatisfaction has only increased during the pandemic.

On top of these problems, universities in the U.S. and other parts of the world are challenged by apprenticeship and boot-camp initiatives that question the relationship between the formal academic credentials a college gives and real-world success.

The metaverse – a series of emerging virtual and augmented reality technologies that will offer a more immersive experience than the current internet – may help universities solve some of these problems and revolutionize the experience of remote learning.

But as my colleagues and I at UMass Boston’s Applied Ethics Center have found through our research, solving one set of problems through artificial intelligence, or AI, and other technologies often creates another set of problems.

We’ve found that AI has the potential to weaken people’s capacity to make ordinary judgments about matters that include mundane things, such as what movie to watch, as well as more weighty decisions, such as who should get a promotion at work. We’ve also found that it undermines the role of serendipity – that is, the chance encounters and other unexpected events that you experience in the real world – and can undermine people’s belief in the importance of human rights.

Will the metaverse bring better news for higher education? Potentially. But to build flourishing universities in the metaverse, computer engineers, higher education leaders and policymakers will have to solve some difficult problems. Here are five challenges that I view as the most urgent to address.

Academic freedom – the ability of faculty and students to discuss and study any topic they deem important – is not assured on privately held platforms. If university teaching and intellectual exchanges are going to happen on platforms owned by corporations, what happens when these discussions become controversial?

Would platforms like Meta and Zoom be committed to unfettered free exchange, even when the publicity can hurt their stock price? The recent historical track record is not encouraging. For example, Zoom, Facebook and YouTube blocked a virtual lecture hosted in 2020 by San Francisco State University that featured Laila Khaled, a member of the Palestinian Front for the Liberation of Palestine who was involved in two plane hijackings in the late 1960s and early 1970s.

Universities cannot give social media companies veto power over what subjects students and faculty can discuss. That would kill academic freedom. If we are going to have higher education on the metaverse, this problem has to be solved.

Successful learning requires the ability to pay attention to what is going on in class. A good university seminar needs to shut out the world for an hour or two. It’s hard enough to achieve this level of focus with students in the real world, tempted as they are by their phones and laptops. How does one create a fully virtual learning environment conducive to concentration?

Facebook’s promotional videos for the metaverse, filled with psychedelic tigers and dancing parrots, heighten this concern. How, then, can designers make sure that the metaverse will not worsen the already serious challenges to classroom focus? There are times when, no matter how amazing an instructor may be, technological devices and what they offer are simply too tempting for students, even during class.

One might think that this is an easy fix. Surely, a feature could be built in to eliminate distractions. But the same could be said about distractions originating from students’ phones and computers in the current environment. It is not so easy to restrict what students can view on their own devices. Universities may worry about being seen as intrusive if they do. And just imagine how tempting immersive 3D shopping during class might be.

A great deal of human communication happens nonverbally: Facial expressions and body language reveal many of our intentions. Can avatars – cartoon representations of ourselves – convey facial expressions and body language in the same way? This is important because much of the learning in university classes, particularly in discussion-heavy classes typical of humanities courses, depends on lively, spontaneous communication. That spontaneous communication often involves the ability to transmit and receive nonverbal signals. Engineers have only started thinking about these problems. They will need to make a great deal of progress before nonverbal virtual communications mature.

4. A sense of community

Much of what students like about college – and a great deal of what they learn – happens outside the classroom. The best university experience fosters a sense of community: students getting together informally, becoming friends, developing views about each other, themselves and the political institutions that govern their lives.

This crucial sense of community can begin in class, but it typically develops further outside of it. Is there any way that this experience, one of the great selling points of university life, can be replicated in the metaverse? In other words, can a meaningful community between students and their teachers, and students and themselves, be created without physical presence, when all members are ensconced in their homes, wearing a headset?

Finally, policymakers and educators need to ask themselves whether higher education in the metaverse will really make universities more accessible. Will these technologies offer a compelling educational experience for a lower cost, or will they just usher in a new digital divide – a two-tiered system consisting of elites who can pay for brick and mortar schooling and those who must make do with the virtual counterpart? Or, to complicate things, what if so-called “metaversities” become part of a three-tiered system, with traditional schools for the rich, metaverse virtual reality education for the middle classes, and the two-dimensional remote learning – like that being used now – for those who can’t afford anything else?

In spite of the challenges they face, universities remain crucial social institutions – for the generation of knowledge, for the personal development of those who attend and for hosting difficult conversations. The metaverse, if it gets off the ground, and if these very real problems can be addressed, may well offer universities a new way to survive.