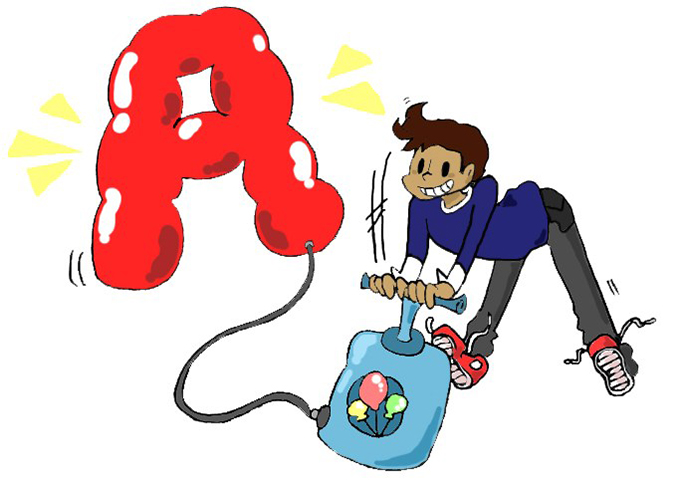 One aspect of fraud in higher education I seldom touch on is the credential fraud of graduate school. To clarify, to advance in a position, often a worker needs to have some sort of a graduate degree. Trouble is, if you have a job, you really don’t have time to go to grad school…but if you don’t already have a job, the graduate degree isn’t worth much.

This has led to flood of graduate degree holders curious at why they don’t have the high-paying jobs they were told their degrees would yield, but I want to talk a bit about the other group involved in this type of fraud: the job-holders who nevertheless get these degrees.

As one can guess by the “catch-22” situation of a degree being only useful if you’re not in a position to get it, this usually involves government workers. The most egregious example of this is in higher ed, where administrative positions almost always have a “Ph.D.” required restriction, but it applies to many other government jobs. In higher ed, this situation is resolved by the widespread granting of fake administrative degrees, as I’ve examined in detail.

Other government jobs likewise resolve this issue through academic fraud:

For Years, UT-Dallas Instructors Told Officers To Skip Class—And The Cops Still Got A’s. How Did It Go On So Long?

Much to unpack in the title above, but I’ll address the rhetorical question first. The reason why this, and many other, frauds go on so long is because higher education is regulated by accreditors, who to a large extent simply ask the schools to self-affirm their own legitimacy. So, when an accreditor somehow receives a report of fraud (and they make it very hard for such reports to get to them), the accreditor investigates. They do so by asking the school “Are you committing fraud?”

The school looks at how much money they make committing the fraud, gives some of it to the accreditor in the form of accreditation fees, and says “Nope.” And then the accreditor closes their investigation of the fraud. I really wish this summary weren’t so accurate, but my years of dealing with accreditors in higher education had me seeing such investigations with my own eyeballs.

The program which was allegedly fraudulent was basically a master’s degree in criminal justice (“Justice Administration and Leadership”–there are many variants of such programs in many states, much as there are many variations of bogus “higher education administrator” graduate degrees). Police officers typically need a master’s degree to get a promotion. So let’s take a look at what was going on here:

A student told him he had permission to skip classes yet still get credit. Then, when the professor tried to verify the story with his bosses, they bristled.

“You need to be careful what questions you ask,” said one…

The above story rings true, as the same thing happened when I started asking questions about what sure looked like fraud at a school. My bosses responded with anger, and I was discouraged from asking what struck me as obvious questions to ask.

Over the last eight years, a handful of faculty members in the university’s criminology department awarded top grades to students in courses they never took…

Despite the huge proliferation of administrators on campus, they really don’t have much to do with education. The only “job” I’ve observed them do is advocate for failing students to get their grades changed. Any faculty who wishes never to have anything to do with any administrator need only award all A’s to all students at all times…and yes, that would include students who never came to class (honest, I’ve had such students complain about failing…only showing up at the end of the semester to do so, of course).

So, again, this part of the story rings true. If only accreditors actually took a look at what’s going on in the classroom…

“Students were instructed to formally enroll in UT Dallas courses, with the proviso that they need not attend class or submit any material, but would be given the grade of ‘A’ in the class…

Before going further, I should point out that I think it’s pretty stupid to require advanced degrees for job promotion, particularly degrees of little relevance to the job. But, this is how government operates, to a large extent.

The school is seeking to fire the faculty involved but…I really think admin should take some responsibility for letting this fraud go on, particularly since it’s fairly obvious they were supporting the fraud.

To their credit, UT Dallas is no longer accepting students for the program (though when I reviewed their site, it seems like they’re starting it up again).

Yeah, sure. And anyone who asked questions about what was going on was threatened to stop asking questions. It’s a shame the only way to get to the truth here would be for admin to investigate themselves. I’ve seen enough self-investigations to know how well that would turn out—some faculty member sacrificed, perhaps, but that’s as far as it goes.

Am I really the only one to be curious what all those administrators do on campus? They don’t know what’s going on in the classrooms, and they don’t keep records, that’s for sure. They also don’t get fired for facilitating fraud, either.

The master’s program was expected to make money. Unlike traditional master’s programs, it would be funded solely by tuition, not state dollars. And working professionals represented a promising and untapped market of tuition payers that could generate “unlimited economic potential,” according to school documents.

Admin rake in huge amounts of money, bonuses for growing the school, and UT-Dallas is a fast-growing university. The dean overlooking this program when it was developed has moved on and up, a provost at another university—as I’ve said many times, the main job goal of an administrator is to sell out the school in any way possible in the name of growth, and then move on and up in the system.

The program brought in around $22,000 per student.

In case the gentle reader is wondering who the whistleblower was, I reckon the above is the best answer to be given. Now, admin assures that the school has cleaned up its act and everything is legitimate now.

I guess that’s why the whistleblower is still not about to go public with his name. Seeing as the university has decided to drop its charges against the “rogue faculty” whosupposedly was solely responsible for what happened here…I think the whistleblower is quite justified in being concerned for his well-being. I could only find a few articles on this story, even though (because?) it involves people now very high in law enforcement.

I really want to point out that these types of programs go on in every state, and it is idiocy to believe this type of fraud is (“was”) restricted simply to UT-Dallas.

Seeing as taxpayer money goes to our government employees to pay tuition at our taxpayer funded schools, perhaps it’s not so great a fraud as others going on in higher ed…but it’s fraud all the same, with the above only notable because it’s so rare for these types of stories to see even a little of the light of day.