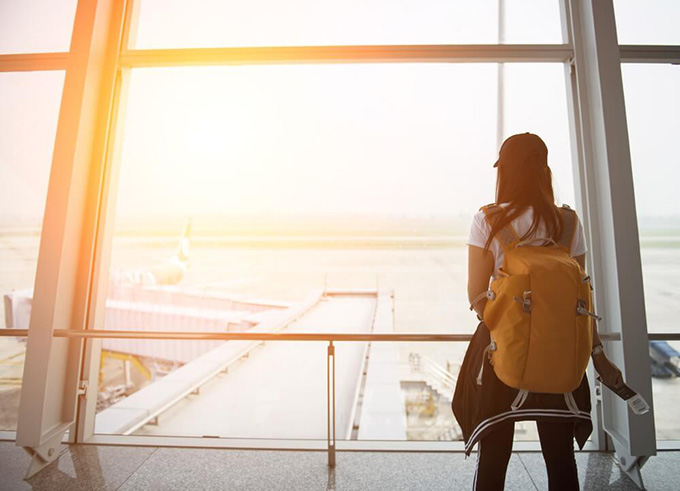 Every disease outbreak brings an accompanying outbreak of fear. Already we’re seeing coverage on the spread of coronavirus fear which leads to misinformation, an effect on the economy and, perhaps the most alarming, xenophobia .

Social stigmatisation and xenophobia are, unfortunately, well known features of disease outbreaks. And there is potential for xenophobic sentiment to build in Australian schools.

In an outbreak situation, xenophobia does not feel like racism. Excluding people who “come from” the epicenter of the outbreak is merely seen as a safety precaution. But precautions can sometimes go too far.

The NSW government and several private schools have requested students who have just returned from China remain at home for two weeks. This goes beyond the advice of Australia’s chief medical officer and federal government – that only those returning for the Hubei province (or those who have been in contact with an infected person) stay away from public places.

The NSW health minister said the advice was not “medically necessary” but was prompted by community wishes for such measures.

Online petitions circulating in Australia – with thousands of signatures from concerned parents – are calling for school authorities to extend restrictions to families arriving from many Asian countries, including Thailand and Singapore.

What if schools bowed to these calls too?

Giving way to public pressure for unnecessary control measures validates panic and can generate unintentional xenophobia. Extensive research tells us the fears in the early stages of an outbreak will soon pass. But the effects of xenophobia and exclusion on those who suffer them may last much longer.

What past evidence tells us

The progressive city of Toronto is often claimed the world’s most diverse city. Yet, Asian students experienced extensive xenophobia during the 2004 SARS outbreak. This ranged from people refusing to sit near Asian university students in class, to social exclusion of school students.

Disease stigma can take a toll on a young person’s self-esteem and identity as well as making school environments feel unsafe. In Canada this experience had a profound impact on people’s sense of belonging and well-being.

Toronto resident Frank Ye, who was eight at the time of the SARS outbreak, wrote on Twitter: “I remember when the other kids on the playground would tell me to go away because ‘all Chinese people had SARS’.”

I remember when the other kids on the playground would tell me to go away because "all Chinese people had SARS", the spread of the virus is a concern, but let's not let paranoia translate to racism. My heart cries for the little Chinese kids who well face racism because of this. https://t.co/Dt5HopxD1w

Disease becomes racialised and xenophobia increases through the dominance of particular images, such as Asian faces wearing masks, in news articles about the coronavirus. These images occur in the context of our history of shunning and mistreating our Chinese diaspora communities during disease outbreaks.

We’re seeing this happening across the world. Some schools in the US have cancelled cultural education excursions to Chinatowns for Chinese New Year, despite the outbreak being 7,000 miles away.

Sam Phan, a master’s student at the University of Manchester, wrote in the Guardian:

This week, my ethnicity has made me feel like I was part of a threatening and diseased mass. To see me as someone who carries the virus just because of my race is, well, just racist.

How should schools respond?

Like other social groups schools are not free of racism.

Instead of excluding Chinese students, schools can build trust by actively providing clear information about the rationale for control measures. They can encourage students to take protective actions such as practising good hand hygiene, and seeking medical advice by telephone in cases of illness.

Today my son was cornered at school by kids who wanted to “test” him for #Coronavirus just because he is half-Chinese. They chased him. Scared him. And made him cry.

I was the same age when I was bullied for being Pakistani.

Past research shows teachers are willing to confront these attitudes when they emerge .

Teachers can provide students with reliable information. They might show students advice from radio or TV, from state and federal health officials, and help students understand the difference between evidence and speculation or comment.

They can also equip students to analyse the information they are receiving from all sources and encourage critical reflection and analysis of those messages.

Providing opportunities for students to consider the messages around coronavirus (or any disease for that matter) sets them up to actively discern the reality from the panic in this situation. It will also help them during other disease outbreaks (and crisis situations) they will face throughout their lives.

In situations where fear and sometimes hyperbole is in the mix, students need the skills to analyse information and use evidence to assess situations.

Restricting the rights and freedoms of students returning from China on the basis of public fear risks subjugating the minority (Chinese and Chinese-Australians) to the unfounded fears of the majority. Drastic measures that limit educational opportunities should be based on scientifically grounded recommendations of public health officials.

Author Bios: Claire Hooker is a Senior Lecturer and Coordinator, Health and Medical Humanities, Diego S. Silva is a Lecturer, Sydney Health Ethics, Sydney School of Public Health and Michael Anderson is an Associate Professor all at the University of Sydney