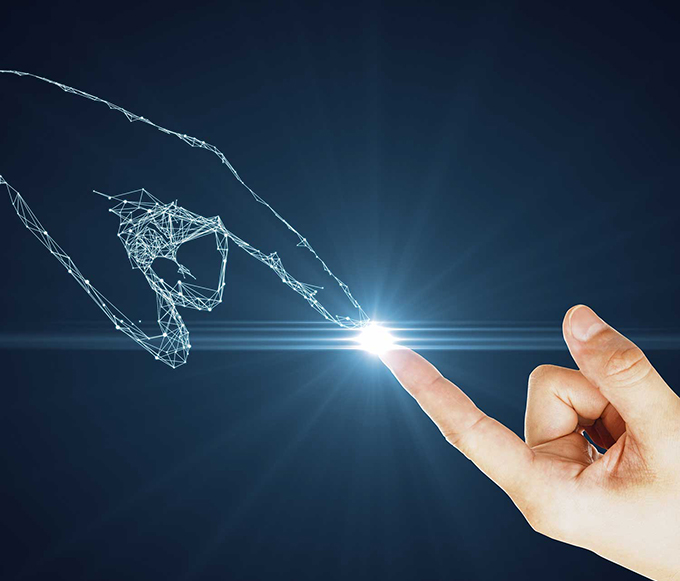 Having to explain the value of humanistic formation in our world and in our teachings – university or not – is already an indicator of the point we have reached.

The dominant utilitarian reason and a kind of economic totalitarianism produce arguments that lead to relegating humanistic studies: their uselessness in terms of competitiveness in the labor market or the low profitability of their studies and research in an increasingly managerial and mercantile university. The comparison with STEM disciplines is fundamentally taken to these areas.

Given the decline in public funding, the University struggles to attract students and generate more research projects, not only seeking the preached excellence but increasing their income. In this scenario, the Humanities are at a clear disadvantage: the proportion of students in these studies is smaller and there is a huge difference between the average contributions to research projects in these fields with respect to those of many scientific disciplines.

On the other hand, this drift towards a model considered productive, is accentuated with the current valuation criteria, scales, grades …, omnipresent throughout the academic field, which favor profitability and scientific production values ​​and indicators almost always outside the modes typical of cultural and humanistic disciplines.

The diagnosis is clear and widely shared. This was stated by Antoine Compagnon a decade ago: “The University is going through a moment of uncertainty about the virtues of general education, accused of leading to unemployment and in competition with professional training, which, it is considered, better prepares for working life , so that the initiation to the study of literature and humanistic culture, less profitable in the short term, seems to be in danger in the school and society of the future ”.

Nuccio Ordine , author of what has perhaps been the most impactful recent work in defense of humanistic formation, is also so blunt: “In the coming years we will have to strive to save from this utilitarian drift not only science, the school and the University, but also everything we call culture. We will have to resist the programmed dissolution of teaching, scientific research, classics and cultural property. Because sabotaging culture and teaching means sabotaging the future of humanity. ”

We are not, then, before another episode of the traditional – and undesirable – contrast between letters and sciences, but before a change of model and values, which affects the University’s own purpose. Neither the integral formation of the people, nor the social function seems to be their priority objectives, but that the utility measured in profitability, in employability … is the definitive argument to bet, in a dominant way, for some professional formations.

Thus, any reflection on humanistic studies must also be about the purpose and the teaching model we need. A University that not only moves away from its original mission and vision but reacts doubtfully to the needs and opportunities of the digital world. This model of University has its greatest threat in having endorsed the interests of a market that may be beginning to be more practical to do without it, at least the exclusivity that it enjoyed until recently.

From its medieval origin, it was the monopoly of the issuance of academic degrees which, ultimately, constituted a University: the ability to grant degrees, unlike other training institutions. Now we begin to see how, on the one hand, the certification of studies may be insufficient reason to maintain the university exclusive and, on the other, other centers – for example, created by companies – begin to offer training and socially recognized titles in a market in the one that the universities accepted to place their merchandise and in which, in consequence, now they have to compete.

Naturally, it is not about engaging in that monopolistic idea but of highlighting what can be differential in university education, in a constantly changing digital world, which requires continuous training not only for employment but for an active life that is prolongs far beyond the merely professional.

It is in that sense, where today humanistic training and culture have much to contribute; precisely, going beyond. The Humanities do not seek to train operators for the economic system but people; Nor do they consider knowledge as something finalist. As Antonio Rodríguez de las Heras reminds us : “If knowledge is to see the world – because the world is not evident -, culture is to look at what knowledge makes us see. Knowledge reveals, expands the horizon and gives it depth ”and the culture, with the possibility of its multiple looks,“ enriches knowledge without end ”because each one of those looks ordains the world, is creative.

Just as reading without interpretation is superficial, flat, so is knowledge without culture; See the world without looking at it. The culture projects looks that interpret our world – therefore, they project it, creatively, into the future – but also, as Piglia points out in relation to reading, he recalls: “Reading is the art of building a personal memory from experiences and memories of others ”(Ricardo Piglia, 2014).

The humanistic look and culture provide the strength of personal experience.

We are immersed in a transformation of great depth and speed that takes us to a digital world. It would seem natural to modify the teachings in favor of the technologies of that world. But this new digital world, far from ruining humanistic formation, necessarily requires it. The scope of the digital transformation supposes a true cultural crisis from which a digital culture must emerge – more configured -. And in it, humanistic looks are essential to restore us in the world.

The humanists of the Renaissance – another time of great density of radical and accelerated historical changes like the current one – set out, first of all, to understand the world in which they lived, a new world that they were discovering through science, technology, explorations, thought, art … and understand the place that man occupied in him, that is, culture.

Like them, we need to understand now our role in a changing world; We need digital humanistic studies, of course. If, as Croce said, every story is contemporary, every study of culture is too. Hence, the term Digital Humanities, which in recent years has enjoyed acceptance, is actually redundant: every humanistic study is necessarily digital insofar as it must have its sights set on understanding our world, it must raise our questions to past and incorporate them into the memory we are doing.

But digital does not mean, as sometimes happens, that it is used as a potshop or certain software – that is, understood in a purely instrumental way – but that it deals with the understanding of a digital culture that changes the world, the way of being in him and his values. The humanistic claim cannot be made from the nostalgia of what it was, a return to the origins of an erudition without context in the present. But of essentially transdisciplinary humanities and, consequently, suitable for the understanding of culture.

We need to put culture first in education: with our own studies and, also, transversally in academic training. Culture brings memory, creation, possibility of dissent, critical spirit … essential to face a world of commercialization and continuous transformation. Its place is not the market, closed, private, commercial transaction space, but the public, open, common square, meeting space. That place that acquires a new dimension in the digital world and its ways of making community.

However, despite the above, cultural dedication, humanistic, for its vocational component and even passionate, creative, is often seen as a privilege, as a superfluous luxury, paradoxically condemns many of those engaged in it to one situation of precariousness more and more intolerable and that the system propitiates .

Culture brings memory, generates experience, is always creative. Their values ​​and their critical spirit are creative, liberating, allow to generate spaces of resistance and give voice to the discordant, contribute to the common good and make us different. But also – and we cannot forget it – humanistic studies help us understand ourselves, they make us better.

That we are already cyborgs does not mean that we do not need to understand our place in the world, that is, our culture: rather the other way around, the world is changing but we – humans – do it with it. Facing new forms of utilitarian mercantilism, new forms of humanism. In the face of a unifying panorama that can lead to the automation of employment, some humanities that bring difference, the unique value of each one, of their gaze.

We share Rodari’s reflection on the liberating virtue of the word, when he claims “all uses of the word for all”: the word – culture – serves “not for all to be artists, but for no one to be a slave.

We can end this allegation with the words of TS Eliot: “culture can be described simply as what makes life worth living”.