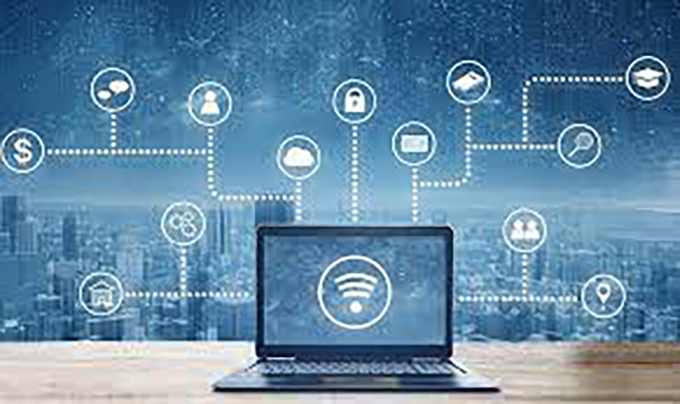 Universities face many threats to their future. The traditional universities have become over-managed business enterprises, which may not reflect societal, national or global educational needs. The COVID-19 pandemic has brought many of these issues into focus.

In a new book, I propose a model that responds to the broad range of challenges universities face. I call this model the distributed university – that is, a university that distributes education online to where it is needed.

In more than 50 years as an academic in Australia and the UK, I have seen the potential for a pivot to online learning that, through distributed learning, could solve many of the problems the higher education sector faces.

I have been involved in online master’s-level programs to build public health capacity in both high-income and low-to-middle-income countries. Face-to-face teaching designed for the International Clinical Epidemiology Network was augmented by distance learning – first paper-based, followed by online. I established the University of Manchester’s first fully online master’s program.

What are the problems facing universities?

The pressures on universities are both external and internal.

Externally, universities need to be responsive to the ways people access information today (and will tomorrow). They also need to ensure environmental sustainability. And amid global inequalities in access to higher education, our universities are overly dependent on income from overseas students.

Internal developments pose multiple threats too. Universities have downgraded teaching, with academics not rewarded for educational excellence as opposed to research. They have adopted a competitive business model, rather than a collaborative model of education, and intrusive managerial oversight instead of placing trust in academics. And they work in centralised ivory towers rather than engaging with local communities and industries.

The distributed university responds to these problems by:

How does the distributed university work?

The distributed university I describe in my book (free to read and download) sets up higher education to adapt to the changes in how we work and learn today.

Online learning, which must be fit for purpose, is central to this as it allows for structural change. Smaller local hubs can largely replace central large campuses, reducing the large carbon footprint created by students and staff travelling to campus. These hubs may be physical or virtual.

The distributed university offers education mainly online rather than in lecture halls. Local or regional hubs engage with local communities, industries and other education providers. They encourage practice-based active learning, which can be a hybrid of online and face-to-face.

Each of the hubs can be replicated over geography (including internationally) and over time. Learning needs will change over time as careers and interests develop. Central administration is much smaller, but ensures the courses being offered meet societal needs.

Intrusive managerialism is replaced by trust in academics – made easier by this structure. It is not generally recognised that online education is much more transparent than face-to-face. All materials, student contact and student-tutor interactions are captured, allowing for unobtrusive quality assurance.

Social interaction between students and between academics is offered partly in the hubs but mainly online. This reflects the way we communicate and learn in today’s world.

IT support for education and research is vital. It will allow us to respond to future developments in communications and to the changes and challenges of the fourth industrial revolution.

The distributed university will be light on the environment. Although online education is IT-heavy and has its own carbon footprint, it’s much smaller – even more so when powered by renewables – than the face-to-face version with buildings and travel. It will thus show leadership in achieving environmental sustainability.

Our recent research paper highlights the environmental benefits of online education. A group of 128 master’s degree students (mainly from Africa) studied online rather than travel to live and study in the UK. They saved nearly a million kilograms of carbon emissions.

COVID has exposed the over-reliance on overseas student fees. This revenue has largely been diverted to support research. The government’s recent international education strategy makes no mention of the role Australia can play in reducing global inequalities in access to education.

In addition to the benefits described above, a pivot to online education opens up other opportunities. I describe three potential programs: a global online program, a tertiary version of the International Baccalaureate and a “We live in a digital and distributed world. Universities should too. The notion of a distributed university may help the higher education sector survive, prosper and be sustainable.”.

A global online program can create low-cost learning for overseas students. This will help meet current educational needs while providing a bridge to future mutually beneficial partnerships with emerging economies. Research must be properly funded, and not rely on the diversion of income from overseas students paying high fees.

Continuing the collaboration theme is a proposal to create “PlanE for Education”. This would be similar to initiatives such as PlanS that require publicly funded research to be published in open access journals or platforms. At least some of the educational resources generated in universities using public money would be made freely available under PlanE.

We live in a digital and distributed world. Universities should too. The notion of a distributed university may help the higher education sector survive, prosper and be sustainable.

Author Bio: Richard F. Heller is Emeritus Professor at the University of Newcastle