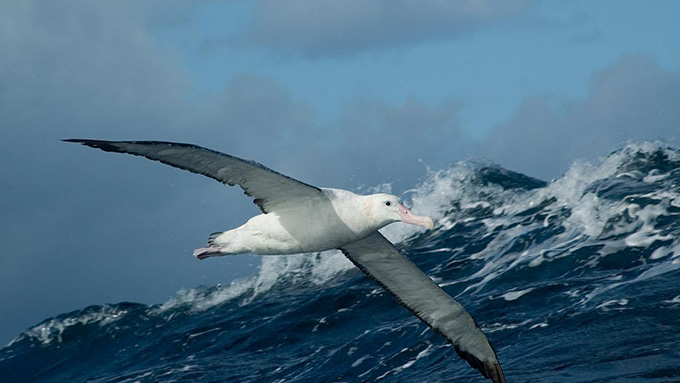 Wandering albatrosses have long been considered exceptional creatures. They can fly 8.5 million kilometres during their lifetimes – the equivalent of flying to the Moon and back more than ten times. Their three-and-a-half-metre wing span is the same length as a small car and they can weigh as much as 24 puffins. Their body shape means they can effortlessly glide over the ocean waves, flying in some of the strongest winds on Earth. Now research led by the Centre d’études biologiques de Chizé in France has found that these seabirds may have promising careers in the fight against overfishing.

Accidental bycatch in fishing lines and nets – when fishers unintentionally snare animals they weren’t trying to catch, like albatrosses – kills hundreds of thousands of birds and mammals each year.

In the past few decades, countries have worked together to implement cross-border policies to directly address the causes of bycatch, particularly for albatrosses and petrels which have been severely affected. With onboard human observers or electronic devices tracking activity, albatross bycatch rates have fallen dramatically on monitored vessels. But what about illegal fishing boats? Military vessels and aeroplanes patrol the Southern Ocean looking for criminal fishers, but there are no observers or monitoring to ensure these boats are using methods to protect albatrosses, and without these, we know that bycatch rates are very high.

Boats that are legally fishing are generally registered and licensed, and so must adhere to laws regarding where and when they fish, and what and how much they can catch. Monitoring fishery activity around land masses is one thing, but beyond these limits, the open ocean is deemed international waters and doesn’t come under the jurisdiction of a single nation. Patrolling this enormous area by ship or air is rarely effective.

But what if there were 100 officers that could cover 10,000 kilometres each in a 30-day stretch? Meet the albatross ocean sentinels who patrol the seas for illegal fishers. 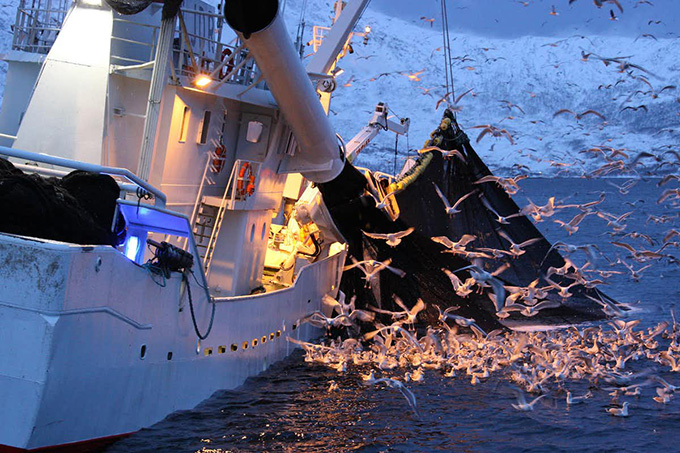 Seabirds are attracted to fishing boats, but can often become ensnared in nets and hooked on lines. Alessandro De Maddalena/Shutterstock

The life of a sentinel

Wandering albatrosses breed on remote islands around Antarctica. These are usually only accessible by boat, and researchers must brave the “furious 50s” of the Southern Ocean to get there, across some of the roughest seas in the world.

So many birds were dying as a result of getting caught in fishing lines that researchers started studying the overlap between albatrosses and fishing boats. Understanding where the birds came into contact with fisheries, and which birds followed boats the most, helped explain which parts of the population were most at risk of bycatch.

Researchers mapped the distribution of boats using data transmitted from onboard monitoring systems, but these records are often only available around land and rarely in real time. Given the amount of time the birds spend in the open ocean, this meant that researchers had little idea of how many birds overlapped with fishing boats and for how long.

To address this problem, researchers developed loggers that could be attached to an albatross. The logger detects the radar of boats, collecting information on where boats are in real time. The loggers took years to perfect and I can still remember the excitement of getting the first one back that had successfully detected a boat’s radar.

The data showed how the sex, age or personality of each bird affected how likely the bird was to come into contact with fishing boats. For example, males tend to forage to the south, closer to Antarctica where fishing boats are rarer, while females forage further north, bringing them closer to the tropics and into contact with hotspots of fishing activity. Understanding this variation was the primary aim of the research, to help ecologists understand how deaths in subsections of the population can have dramatic effects on the population as a whole. But the loggers also provided bonus data that could transform fishery management and conservation in the open oceans.

Originally this work began to differentiate between fishing boats and other vessels, to test whether birds were more likely to be attracted to fishing boats. But when we combined the data collected by the loggers with a global map, we could see the location of all boats with an active Automatic Identification System (AIS). This radar allows vessels to detect each other, preventing collisions. But our study found that over 20% of boats within French waters didn’t have their AIS on, rising to 35% in international waters. Since the AIS is intended to keep vessels safe, it’s likely that these vessels operating without it in international waters were doing so to avoid detection, and so could be fishing illegally.

The albatross data had unintentionally revealed the potential extent and scale of illegal fishing in the Southern Ocean. 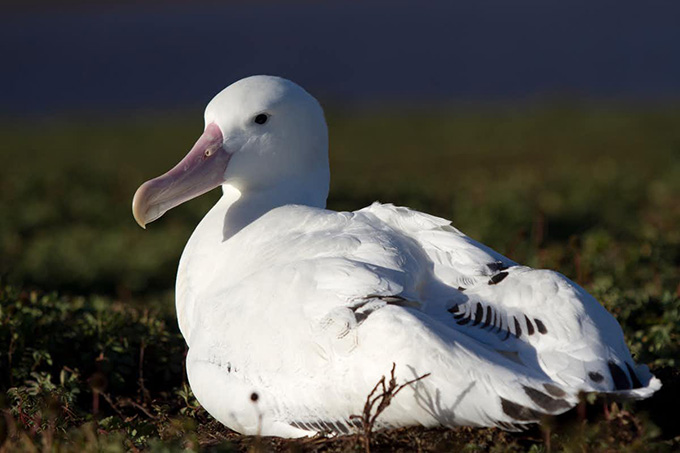 It’s difficult to imagine a human patrol boat being able to cover enough area to efficiently track illegal fisheries. But each wandering albatross could potentially cover the same area of ocean as a boat, and when its logger detects a fishing boat with its AIS turned off, it can relay that information to the authorities, who can alert nearby vessels to investigate.

Data collection on this scale would not only improve our ability to detect and manage illegal fisheries, but also to identify high risk areas for conservation. This would help conserve fish stocks, protect albatrosses and other seabirds, and manage the marine ecosystem as a whole. As ocean sentinels, albatrosses have a unique ability to collect the data needed for their own conservation. Their pioneering role in animal-led data collection paves the way for other species to track the human activities that risk their persistence in the wild.

Author Bio: Samantha Patrick is a Senior Lecturer in Marine Biology at the University of Liverpool