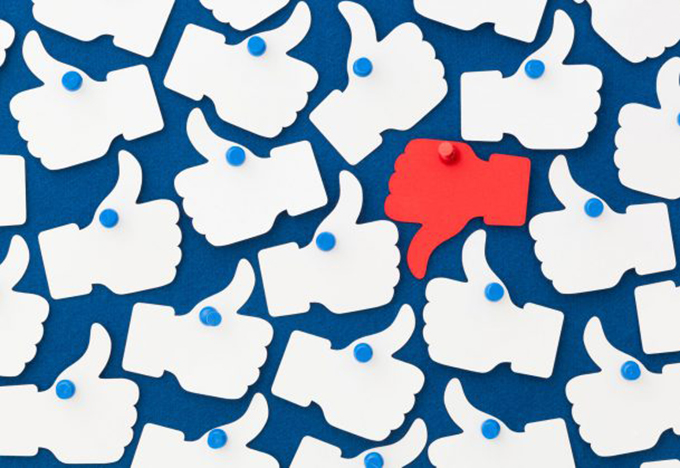 Economic growth is an important objective for any of the main political parties both in Spain and in other countries. However, given that climate change, the loss of biodiversity and other environmental problems are a reality, part of the scientific community and activist movements question whether that growth is compatible with sustainability.

Instead, they advocate a post- growth , a decrease or other alternatives. With some exceptions, such as the Post-Growth conference organized by the EU last year, there is hardly any political debate about it. One of the possible reasons why this debate is not so present is that both from the political sphere and from the public, public support for economic growth could be overestimated.

Given that practically all political parties, as well as most mass media, adopt an uncritical stance towards economic growth, it is difficult to think that there is public support for a movement beyond growth.

British economist Tim Jackson , an expert in sustainable development, writes in his book Prosperity without Growth :

“Questioning growth is considered the act of lunatics, idealists and revolutionaries.”

Implicitly, it conveys that it is an indisputable subject in society. However, recent research on public opinion suggests otherwise. And that is what I intend to reflect in this article.

Having a correct perception of what others think matters because it can have consequences. For example, citizens tend to overestimate the number of people who are skeptical about climate change . This makes them less likely to talk about the issue with their environment.

In the same way, public support for economic growth at any cost is often overestimated. This applies to citizenship, but also to the political sphere, which may not be adequately informed about the attitudes of the electorate, especially when surveys are rarely conducted on issues that relate growth to the environment. If politicians think that their voters will punish a discourse or concrete measures incompatible with the dogma of growth, they are unlikely to invest politically in it.

So, what do we know about the attitude of people in this sense? The simplest way to find out is to ask a dichotomous question that asks if you prefer to prioritize economic growth at the expense of protecting the environment or vice versa.

The data from different surveys show that, in several European countries, there are more individuals who prefer the protection of the environment to economic growth.

Distribution of opinions on the prioritization of growth and the environment. Election Study 2014 , Author provided (No reuse)

However, it must be borne in mind that different methodologies are used in surveys, which implies that the results and their interpretation vary.

The positions regarding economic growth go beyond being in favor or against, that is, they are multidimensional. In a 2016 public opinion study, a representative sample of 1004 Spanish participants was asked numerous questions about economic growth.

A key step was to analyze how the answers to different questions were related. For example, people who disagreed with the phrase “growth is necessary to create employment” also tended to disagree with the statement “growth is essential to improve life satisfaction”.

But it did not happen the same in other cases. According to the data, to think that growth favors employment did not seem to be closely related to believing that “growth always harms the environment” or that “politicians are too worried about growth”.

These results show that the attitude of citizens has many dimensions that can be combined in different ways. For example, a person can see the benefits of growth in the economic sphere and, at the same time, admit that there is an environmental problem or that political objectives should prioritize other things ahead of growth. Few respondents had totally positive or negative views.

Another recent study (2019) suggests that public opinion is not divided into only two groups, a majority pro-growth and another minority anti-growth. Using the previous sample, the objective was to identify segments of the population with similar views on economic growth.

Based on the answers to 16 questions, the study identified four groups, which can be classified as follows according to their views on economic growth and which had the following distributions in the population: pro-growth (29%), accretion (43%) ), decrease (18%) and ambiguity (10%).

Distribution of the four groups (left) and an example of the variety of opinions of the same (right). Stefan Drews , Author provided (No reuse)

The small group characterized by ambiguity is formed by people who almost always choose as an option the answer “neither agree nor disagree” to all the questions.

How are the other three main groups different? First, if the 16 questions are considered together, it can be said that the group identified as accretion is closer to procreation than to degrowth. Second, pro-growth and accretion differ in that the former is more convinced that economic growth is necessary to protect the environment or create jobs.

Lastly, the main difference between the group of decrease and the other two groups is that the former disagrees with the fact that growth is necessary for the protection of the environment or for improving life satisfaction. They believe that full employment and a “good living” can be achieved without growth.

If an individual prioritizes the environment over economic growth does not mean that he is active in pro-environmental actions, since this is related to many other factors . However, a skeptical or ambiguous attitude towards growth suggests that a person would probably be open to having a critical debate about the environmental or social dimensions of this problem.

Knowing that only minority groups seem to show unequivocal support for growth and majorities show rather mixed or ambiguous points of view can make it easier to have this much-needed conversation.