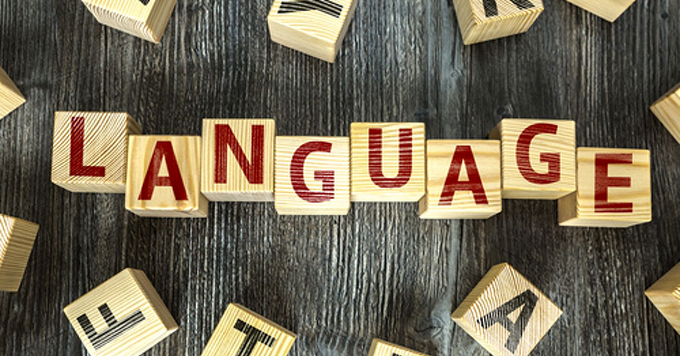 Although we don’t usually think about it, we have around us one of the fundamental wonders of which our species is capable, and whose invention should guide our idea of ​​what it is to create. Its existence confirms that a collective creation is possible, and a common and shared intelligence. That wonder is human language.

Our global culture tends to regard authors as creators of language, be they from literature, science, philosophical theorizing, or political ideation. We tend to think that human society advances by the impulses of individual creators. In verbal language, authors are considered something like linguistic matrices. The great works they generate are like a kind of fundamental source or vein, from which the language is nourished.

In human verbal language it is clear that the creation that gives rise to its immense wealth is not the product of great authors. These are rather recipients, and exhibitors, of the creative wealth of language as a collective phenomenon. We know well that great authors have an excellent “ear” for the beauty and certainty of the language in which they write. But they are only an individual part of that immense common creation, generated by all, which is the invention of language.

Generative linguistics demonstrates that there is an anonymous and collective “creator” in language, as evidenced by puns, original and successful idioms and colloquialisms, or sayings of traditional wisdom. The community that creates the language is governed by a series of principles and modes of action, among which is the search for and compliance with the ideal form; is generated by someone anonymous, is generated, occasionally, by a known author.

In any of our linguistic exchanges there is an enormously complex process, in which beyond understanding and comprehension, there is a harmonious play with forms and their expression in language. This harmonious game involves each user, because in it property and success in language are constantly refounded. That property and success are transmitted and transferred to the understanding and interpretation capacity of the speakers. It is a complex process, in which we accept the chosen ways of speaking, and using them in turn, we cooperate with others in achieving the meaning we share. This is how the incredible edifice of language is built.

Every time an expression is used in a language, there is a staging, a performance, in which the rules and organized structures are adapted and transformed, according to expressive needs and contexts. It is like an immense glacier that slowly displaces, by virtue of a moving bottom, the immense frozen layer of partial organizations and fixed rules. The language is constantly changing, but what changes it is the use.

The scaffolding of use

The use of each speaker supposes a scaffold or a ladder on which the other speakers lean. It is not about any use, properly understood, but about those uses that express, that have the capacity to update language towards a present, those that connect language with the creative process of existence itself.

It is a circumstantial process, without a doubt, provisional, created in each case, for each context, as rehearsals of forms that seek success. An infinitesimal but common process of almost invisible collective intelligence generates that immense creation that is a language.

That is why Saint Exupéry affirmed that words create their men. The words that arise from the creative experience, that go towards other men, transform them. With this advances, not only the meaning of existence, but a language, a gigantic harmonic form that does not have an individual origin, but a collective one. Only what is commonly felt will remain fixed in those infinite rehearsals of silent music, of music made into thought, which are languages.

A universe of shared successes

Not only verbal language is a great human creation, but any creative language, be it musical, be it visual, be it the language of a discipline such as mathematics or the language that man generates in the face of the emergence of a technology, such as digital language. Faced with creative realities, we create languages.

It is about modulations that help us to adapt to these realities, attempts to dance to the sound of that dimension of experience before which the human being must be updated, must be combined or assembled with it. The created language, which is a gigantic test of forms that are exposed and accepted, modified, buried by the great linguistic glacier, teaches us to understand that technology, circumstance, experience that arrives.

It serves to create multiple variations and expressive interpretations that others know and share because they experience the same call to creative participation in the same way. As in the world of digital memes, or as in the world of jazz improvisation, each user is an artist who contributes to his proposal of forms. This is generating a great grammatical creation, a universe of successes that is shared, a language. Peirce said that men are signs: in a sense like this, each formation with meaning is in the place of a being that seeks it.

Hence we have affirmed, as heterodox as it may seem, that the important thing about language is not that it can be attributed to an author or a work, but that it is the creation of all, and hence the unfathomable origin of expressions, sayings or life. of words.

Freedom of creation is essential in language, because it is freedom that makes a language flow and live. A common and shared freedom, deeply linked to taste and idea. There are common tastes and canonical ideas, and these are, if you look for them, in language: that immense human creation that has no copyright and is our deepest and most common essence.

Author Bio: Eva Aladro is a Full Professor of Information Theory at the Complutense University of Madrid