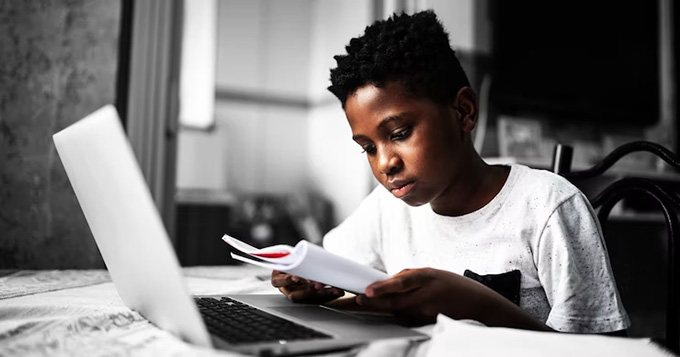 For our experiment, we had teachers evaluate student answers to various math problems. Those answers were accompanied by images of different students online. We asked them to tell us how correct the students’ answers were. We also asked them to tell us how capable they thought the student was and how likely they would be to refer the student to be tested for a special education program to get extra help, or a gifted program, which would enable them to do more advanced work. We randomly changed the images of students presenting their solutions in Zoom classes to show Black and white girls and boys. However, the solutions stayed the same.

Furthermore, our study showed that when teachers work in schools that serve higher concentrations of Black students, they often assumed that Black students had less math ability than white students. They also considered them more in need of instructional support. But in schools with virtually no Black students, teachers were more likely to say that white boys should be tested for a gifted and talented program than white girls.

Our experiment suggests teachers are identifying Black students as potentially having disabilities more often than white students who produced the same answers to math problems. Further, girls are not being given equal chances to be placed in gifted programs even when they give answers identical to those given by boys.

As virtual instruction is expected to become more commonplace than before the pandemic, our study warns that virtual classrooms may perpetuate the same biases that exist in traditional school settings.

What other research is being done

Researchers are still trying to understand whether the overrepresentation of minority students in special education is the result of systematic racial bias.

As we found in this study and in our prior work, teachers assumed boys had a higher ability than girls when both gave answers that were not fully correct. Such blind trust in boys’ math ability can boost their confidence and may embolden them to pursue math-intensive fields at a higher rate than girls, who are not seen by teachers as having as high a math ability.