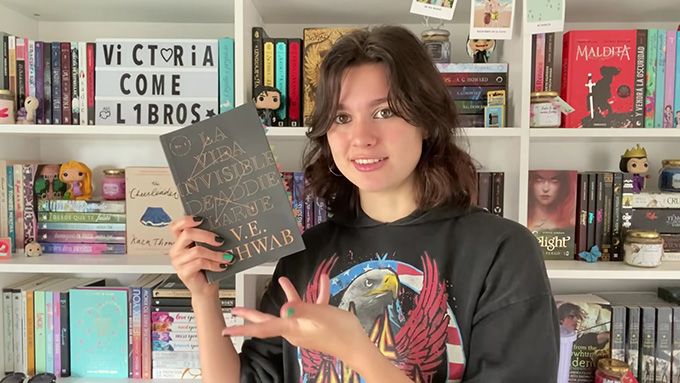 There is no doubt that reading is a powerful learning tool. In fact, most teachers agree that reading comprehension is one of the most important learning that schooling provides. Reading ability is also related to the intellectual growth of the person.

However, in a society hyperstimulated by screens, sounds, immersive environments, etc. It seems more and more difficult to read and, what is more worrying, to meet the objective of planting the seeds of the habit and taste for reading in the little ones.

Is there still room for reading?

We currently live halfway between reality and the screen. A series of figures have been erected as possible “saviors” of the “archaic” books. We are talking about bookstagrammers , booktubers and bookbloggers . It is a group of young people who speak, from different angles, of literary works.

That is to say, they expose the books they own, display their latest acquisitions, formulate their recommendations, launch their criticisms, etc. In this way, they arouse the taste and interest in reading in a generation that is very accustomed to receiving this type of prescriptive content in the form of video. Some of the most famous channels are those of Javier Ruescas , Fly like a butterfly , Andreo Rowling , Little Red Read or Mis Cuentos Infantiles .

Learn to be a booktuber ?

Future early childhood teachers need a good training in literature. Not only do they need theoretical content on this issue, but they must also know literary resources so that they can take them to their classrooms tomorrow and at the same time they must develop their narrative capacity , because the oral narrative is a key resource in initial educational training.

Taking this into account, and the attraction that booktubers generate , we have designed a learning practice that unites these two issues. The intention is to increase the active participation of the student body in their training, by proposing didactic activities that, at the same time, are dynamic and creative.

The project was structured in three large blocks:

Phase 1. The students had to assume the role of booktubers . The challenge was for them to lose their shame, think creatively and record a video recommending a current children’s story. After all, it was about making a review of a children’s book, but updating the medium (audiovisual language) and the form (direct and close style).

Phase 2. In the second part of the project, the students went from being booktubers to being digital storytellers. Although they continued to use the video resource, the students had to notice that the audience was changing, since they would no longer be other adults (as in the case of booktubers ), but infants from 3 to 6 years old.

After the development of this project, the responses of 145 students who anonymously answered a questionnaire created ad hoc were analyzed .

According to the data, 80% of those surveyed were unaware of the booktubing phenomenon and more than 90% stated that their interest in this type of resource had increased.

In addition, despite the initial embarrassment, the fear of failure or their own internal resistance, again, more than 90% of the participants ended up very satisfied with the result of their practice and they liked sharing their videos with the class group. All this had an impact on the fact that more than 95% of the students stated that their interest in reading children’s literature had increased.

In addition to the specific competence on literature, our students also developed their linguistic and communication skills with this activity.

Thus, more than 90% expressed that when making both videos they paid more attention than usual to the way of expressing themselves verbally (becoming aware of rhythm, pronunciation, articulation, diction, etc.).

More than 85% explained that they also observed their non-verbal language in detail (use of hands, arms, facial gestures, gaze, etc.). And more than 85% indicated that they made an effort to make the text correct, not only in content but also in its coherence, cohesion, etc.

The results of the practice show that when the student lives his learning in the first person and designs content, his performance improves. If, in addition, this active learning is accompanied by digital tools, motivation visibly increases.

In this case, thanks to the activities proposed from the creation of video content, students have not only improved their literary competence, but have also developed expression and comprehension skills (oral and written), and have activated their creativity. Likewise, they have expanded their knowledge of children’s stories and have read, understood, interpreted and valued literary narrative texts for this cycle.

In this way, we can not only answer that yes, there is room for reading in today’s life, but we can also expand and improve that space with video (video review or video narration). The video can be the key to enter the exciting world of literature.