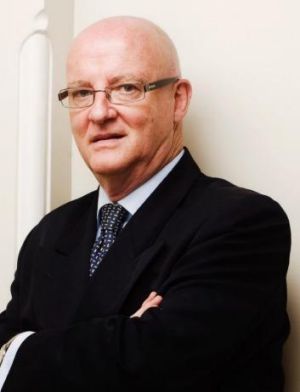 So, a professor critical of what’s going on in education, and making the mistake of using his real name for such criticism, was, allegedly punished by admin by having all his e-mails for the last few years leaked. I have to say “allegedly” for now, but the leak came so quickly on the heels of his criticisms, that it sure looks like retaliation, and only admin would have quick access to his old e-mails. If years of other professors’ old e-mails regularly leaked out, I might be inclined to call this a coincidence, but, c’mon now.

Anyway, last time around we read his private e-mails to see that he, like many, are starting to ask real questions about what’s going on in our culture today. Sometimes he’s not very nice about his questions…but I remind the gentle reader these were private e-mails about private thoughts—not on the same level of Climategate, where private e-mails revealed collusion about strong-arming scientific journals into not publishing anything disputing global warming.

The Professor has taken much abuse for the following (the “transcript” has numerous redactions, but take it at face value for now, anyone wishing to not be offended should stop reading):

Today, [A PERSON] told me of a problem at [A COMPANY]. Some harlot [A WOMAN] went back to a room party when her key would not work and waiting, went to sleep on the bed. Another [PERSON AT THAT COMPANY] put his penis in her mouth, as you do, and she called the police.

I told [A PERSON] she was a worthless slut who will now cause this poor chap, who certainly did not adhere to Debretts , years of imprisonment with big black chaps because she is a worthless slut who should not have been there. In Dubai, she would be locked up as well. The muzzies are not all wrong about this.

–I concede language like “worthless slut” is harsh, but it’s quite obvious to me that he’s on familiar terms with the person he’s e-mailing, and it’s almost certain the “slut” knew quite well the cad who inserted the penis…probably knew the cad in a Biblical sense, if you take my meaning. I’d be reluctant to put that organ in the mouth of someone I wasn’t quite confident wouldn’t bite, after all. (Hey, I wonder if anyone will give me grief for calling the guy a cad? I guess not, since he’s male…).

Not knowing all the details, I’m hard pressed to attach any relevance to this passage; it’s just some personal e-mail that doesn’t concern me, and certainly has nothing to do with a curriculum review. These passages are supposedly the reason why a curriculum review is being negated, after all.

“Muzzie” is apparently a derogatory term for “Muslim”, or at least it’s taken to be such. Seeing as the Professor is agreeing with “the muzzies”, I’m not convinced it’s all that derogatory here.

The Professor is also taking heat for daring to say anything against a transgendered:

Red Lantern is excellent and [a friend] had reserved for us ‘the special table’, partitioned off from the rabble. We must go there some time. Told me a story about a [woman who chose to gender transition to] a man, from [Female name] to [Male name].

I’ll give you the full details when next we meet. Not having children preserves you from these alarms and excursions. The poor mother, in her 80s, is still alive and struggling to come to terms with this, as you can imagine. ‘Stop calling me [woman’s name], Ma, I’m [a man’s name] now. [Woman’s name] doesn’t exist anymore’ [all this in a bass voice].

–I again emphasize these are personal e-mails sent to friends, what one says informally, particularly when OBVIOUSLY making a joke, is hardly relevant to one’s general character. One could just as fairly look at this and say the man has incredible compassion for the elderly, to worry so much about a mother he’s never met. Of course, in today’s society, compassion for the elderly is bad, far worse than lack of compassion for the transgendered. Yet the Australian media is seriously trying to make something of this.

Today I went to the first graduation ceremony at which I have seen the new Chancellor in action. Apart from the fact that she is utterly lacking in any ceremonial gravitas and speaks in mangled often difficult-to-hear sentences, she managed to use ‘alumni’ as a singular noun: ‘I was very proud of alumni who won an award,’ she said.

Now, this woman has a BEc (Pass) degree, so one does not expect her to be a skilled Latinist. But if there are two words that would, one imagines, be repeatedly on her lips, they would be ‘alumnus’ and ‘alumni’. And she doesn’t know the difference.

But, hey, she’s a WOMAN and from the Big End of Town, so who cares about such academic pedantry at a conferring of degrees ceremony. Lighten up! It’s only a university after all.

“I have long said that about 10% of those currently enrolled at Australian universities should be at a university. James Athanasou argues today in the Herald that 5% is the figure. I think he\’s closer to the mark, as standards continue to slide and degrees – especially generalist ones – become increasingly worthless”

–I’ve commented before that Australian higher education, much like the US, is in serious trouble. Why is it bad for a professor to realize this?

These are the people whose ‘ancient wisdom’, our V-C says, we should respect, and to whom we apologise on every possible occasion and whose rich culture we bow down before, confessing our wickedness in our mistreatment of them.

–This is in reference to a free home given to an aboriginal family, which they aren’t caring for responsibly. In much the same way I see no need to apologize for slavery (because my family came here in the late 19th century), and thus rather resent the apologizing I’m forced to support, I rather see how Professor Spurr might express the occasional resentment for similar silliness. His mistake isn’t not being sufficiently culturally sensitive, his mistake was not realizing just how vicious administration would be in retaliation for his criticism.

One more snippet, because it isn’t a snippet:

“This email has had to be entirely redacted, because it attacks the Chancellor of Sydney University, refers to her as an “appalling minx” and includes a substantial amount of defamatory statements. Notably it was shared among two senior university staff members.”

–the entire private e-mail was redacted, and yet, somehow, the media actually takes this “quote” (sic) at face value? I don’t want to say “conspiracy theory”, but am I the only one to think something’s fishy here? Who among my gentle readers has never had a negative word to say about a boss? I try to be fairly accurate in my descriptions of the bosses in higher education, but I daresay, in anger at their fraud and incompetence, I’ve sometimes used unprofessional words that are less than accurate. Well, less than literally accurate, anyway.

So now the professor is being called a man of low morals, among other unpleasant names, and his criticisms of what’s going on in higher education are being negated. And, of course, he’s suspended, pending a (nigh-literal, again) kangaroo court hearing where he’ll probably lose his job.

Poor fool. He’s been around long enough to know that criticizing the plundering rapaciousness of education in any way is a career-ending mistake…if you attach your real name to the criticism, that is. Saying mean things about people doesn’t help, I admit…but does that really mean there are no worthwhile criticisms in education today?