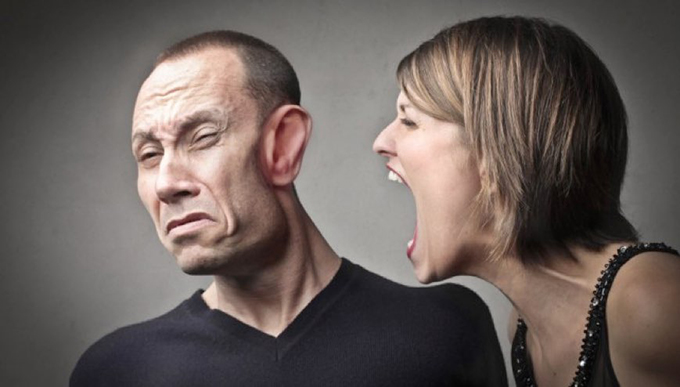 I’ve sneered quite a bit at Gender Studies, and while I feel it’s obvious on the face of it that this is a topic well worth a sneer, a recent op-ed article in the Washington Post by a professor of sociology and director of the Women’s, Gender, and Sexuality Studies Program at Northeastern University really highlights what passes for academic “thinking” in this “discipline,” at the risk of abusing scare-quotes.

Before quoting the article, I can’t help but rant a bit that stuff like this easily gets published in major papers, while I haven’t had a publisher give me the time of day in years. Yes, the Post has a disclaimer about how editorials may not necessarily represent the opinions of the Post but…considering their track record, I suspect the professor’s views aren’t much different than anyone else’s at that paper (or much of mainstream media1).

So, let’s hit some highlights:

“it seems logical to hate men”

I’ve kept the quote small, because there’s such an incredible level of foulness to these few words, it’s astonishing.

“Seems” logical? Logic has very particular rules…either an argument is logical, or it is not. You just can’t put the word “seems” next to the word “logical” and not sound like an idiot.

Even if I could get past “seems” and “logical” without losing all respect for the author, the words that come next are odd as well. As far as “to hate men,” we still have major issues. Imagine instead if she said it was logical to hate blacks? I rather expect there’d be an outcry, no? How about logical to hate Jews? Still no good. I strongly suspect “to hate whites” would be considered quite reasonable to the Post, but nevertheless the hypocrisy is over the top, as basically all ethnic groups and religions have a negative side to them that could, quite illogically, be extended to the entirety of the group. Why does she get a pass to target men?

Having dispensed with this short train wreck of a quote, let’s move on.

The argument, such as it is, is that because some men have done bad things, that all men are bad and should be hated…and this is “logical” according to the professor. It annoys me greatly that words like “logical” get abused to mean the exact opposite of what they actually mean (the word “scientific” is also abused greatly these days, but I digress). The opinion piece is splashed with a picture of Weinstein, and I’m certainly not defending him (or other examples), but just because some men are evil, it is not, in fact, logical to hate men in general.

The professor has a long list of crimes by men, but seems to have blinders on. Women have done a few bad things, too, though she mentions nothing of that, and her “crimes” are, as one might suspect, heavily slanted (with no corrections from the paper).

The above is just a sampling of her long list of crimes by men, including the repeatedly debunked canard about the “gender pay gap.” There are so many studies negating it that only willful ignorance could explain her ignorance of the truth of the matter…but how does the Post not know?

How is this dreck even publishable?

Now, there’s something called Title IX that’s supposed to prevent this sort of sexual discrimination on campus but…Northeastern’s Title IX fiefdom seems to have no concerns here, despite numerous complaints from faculty about the clear violation; their Title IX department released a pretty weak statement:

“Northeastern University steadfastly supports a safe and inclusive learning and working environment in which hate has no place,” the statement reads. “The university has more than 1,000 faculty members whose viewpoints span the entire political spectrum. Consistent with our unwavering commitment to academic freedom, the opinions of an individual professor do not reflect the views of the university or its leadership.”

The gentle reader should understand this sort of anti-male sexism is quite common on campus, and next time around I’ll show a far more systemic example than just one Gender Studies professor’s op-ed.

1. 1. As an aside, does anyone else have growing curiosity about how mainstream media gets their money? Many alternatives sites now have viewerships far above “big” sources like CNN, MSNBC, and NYT, to name just a few, but clearly are just barely getting by, while the mainstream sites have money for national broadcasting, to send reporters all over the world, get handed tens of millions by Facebook to make more “news,” and all sorts of things that alternatives, despite the much larger viewership, aren’t even close to being able to afford. Yes, perhaps the mainstream sites are spending their savings…but it’s been like this for years now. Who is paying them so much money to spread these kinds of stories?