Antibiotics are medicines for treating infectious diseases caused by bacteria. They are one of the greatest medical discoveries of all time. They have saved my life, and probably saved yours as well. But we have used them unwisely.

We used them to treat viral infections, such as the flu, that don’t respond to antibiotics. We used them to promote growth rates in healthy agricultural animals. We have not followed instructions on how to take them properly.

These actions have serious consequences.

Bacteria have fought back; and all over the world, have become resistant to antibiotics. They do this by acquiring mutations, or by stealing genes that confer resistance to antibiotics from other bacteria.

The more we use antibiotics, the faster they become resistant. This has led to a major health crisis in the 21st century. It was recently estimated that by 2050, a total of 10 million people will die every year from antibiotic resistant infections. This is more than deaths from cancer.

The problem is so widespread that every person now carries antibiotic resistance genes in at least some of their gut bacteria or microbiome. This is not so bad because usually these bacteria do not cause disease, and they only have one or two resistance genes each. But it does lead to some unexpected and unwanted consequences. 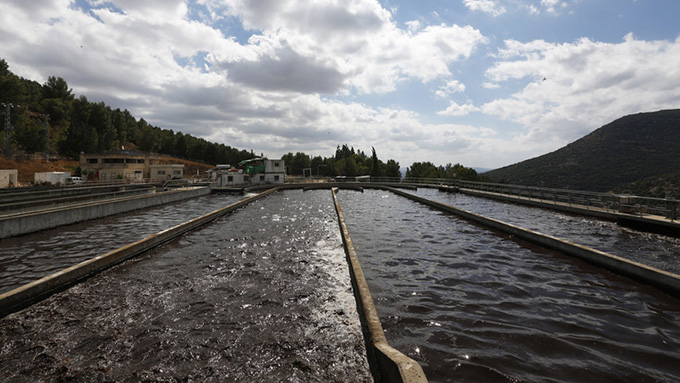 The resistance genes in the human gut are eventually released into sewage, where they go on to pollute streams, rivers and waterways.

Estuaries are natural filtering points between fresh water and the ocean. They tend to accumulate pollutants, including resistance genes. This is the way the system works: human and agricultural animals excrete antibiotic resistance genes in their faeces. Sometimes this waste is released directly into rivers and streams. But even when waste does go through a waste-water treatment plant, resistance genes are often not effectively removed.

To make matters worse, many of the antibiotics used to treat humans and animals are also excreted unchanged. These molecules do not break down easily, and join the disinfectants, heavy metals and other pollutants that can be found in all urban waterways. That means bacteria in natural ecosystems get great benefits if they can pick up genes for resistance to these metals, antibiotics and disinfectants. By doing this, they gain a survival advantage in the face of human pollution.

As waste water coming from human settlements contains a complex mixture of bacteria, resistance genes and antibacterial agents, polluted waterways become a huge reactor for generating bacteria that carry multiple resistance genes. And these resistant bacteria end up in estuaries.

What’s more, the bacteria already present in the estuary mud can take up resistance genes from polluted water. 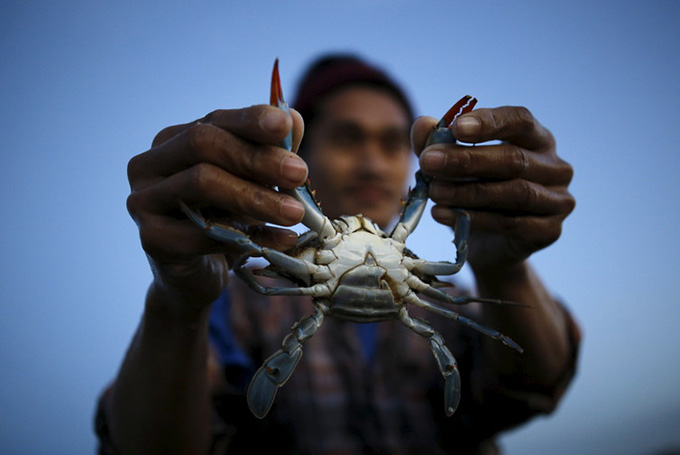 Crabs, along with prawns, oysters and fish are harvested from estuaries for human consumption. Amir Cohen/Reuters

Why does this matter? Well, many food items, such as prawns, oysters, crabs and fish, are harvested from estuaries. And many of these animals feed in or live in sediment. That means there’s a direct pathway for bacteria from estuary mud to enter the human food chain. Some of these bacteria are bound to have combinations of resistance genes that have never been seen together before.

And these resistance genes could also end up in new bacteria that have never really been a health problem for humans or animals in the past. This is where a new crop of superbugs could come from. Somewhere on the planet, right now, there is a bacterial species quietly accumulating the genes that will turn it into the next superbug.

Our research was done in China, where antibiotics are often used during intensive animal production. This might mean that the situation in China could more extreme than in other parts of the world. Although, it’s important to note that most countries continue to use antibiotics in this way, or have done so in the past. And, of course, all countries use antibiotics for treating people who are unwell.

This means every waterway flowing from farms, towns or cities contains antibiotic resistance genes and antibiotics. The kind of pollution we found in China is likely to be present in every estuary that lies downstream from urban development or animal agriculture. We already suspect this is the case, because every single estuary along 4,000 kilometres of China’s coastline had similar pollution with resistance genes.

There are things we can do to lessen the potential problem. We certainly need to use antibiotics more cautiously; we need to only use the medicines for treating difficult infections, and not as food additives. We also urgently need to develop water treatment technologies that remove disinfectants, metals, antibiotics and the genes that confer resistance to these agents.

Otherwise, the next trip you take to the coast for a seafood dinner just might be your last.

Author Bio: Michael Gillings is a Professor of Molecular Evolution at Macquarie University