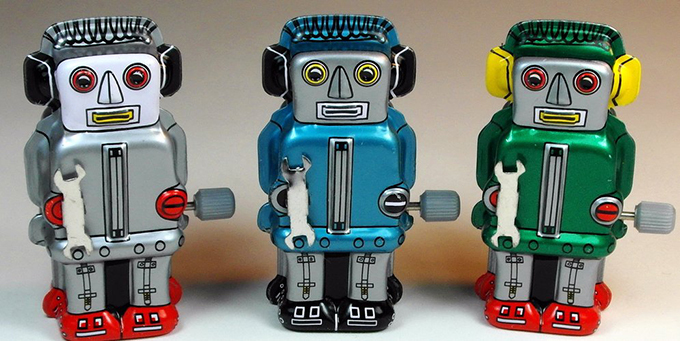 Me: “I’m sure the Russians did that.”

–I grade many hundreds of tests at a time now, and make mistakes simply because of the volume. When a student complains, the above is my “go to” excuse for the alleged error. I correct my error, of course, because I wouldn’t want the Russians to meddle in a student’s GPA.

While the media hysteria about “The Russians” has quieted down now, it seems there was nearly a full year where all the media could do was talk about those “evil” Russians and their constant “interference” in the US, particularly the Presidential election.

Curiously missing in that hysteria was any mention of how the US regularly interferes with Russia. Even more curiously absent was an explanation why we need to be so terrified of Russia when today’s Russia is far weaker militarily and economically than the USSR, which never generated nearly as much hysteria in my lifetime, even though the latter was also vastly more aggressive (hi Afghanistan!).

In any event, many of our ills have been blamed on Russia. One such assignment of blame in particular was such a standout I’ve waited awhile to see if we could all in unison get together and point and laugh at the ridiculousness of it all. Since that didn’t happen, I guess I’ll highlight it:

How Russian Bots Spread Fear at University in the U.S.

Journal article reveals that anger and confusion at University of Missouri in 2015 were due in part to fabricated reports that were part of a disinformation campaign from Russia.

I feel the need to emphasize the above article doesn’t take a moment, not one millisecond, to consider how utterly preposterous the idea is that Russia would think it’s remotely cost-effective to influence a country of some 300,000,000 people (who have absolutely no influence of their government’s foreign policy in any event) by targeting around 20,000 politically insignificant kids at one educationally insignificant school in an economically insignificant part of the country.

Numerous reports in the last year have documented how Russian bots manipulated social media during the 2016 presidential campaign.

From the above propaganda piece article, and I’d like to slap a big ol’ [citation needed] on it, because I’ve yet to see any report with a credible argument that “Russian bots” had even a remotely significant net impact on the election. Yes, I know the mainstream media told me as much every day, dozens of times, but I’m talking actual evidence here.

A new journal article in Strategic Studies Quarterly reveals that the Russian bots had another target in the fall of 2015: students at the University of Missouri at Columbia.

I’ve covered Mizzou a few times, starting well before the Presidential election, and they’ve had “race issues” as far back as 2010. The reason for the continuing problems, as any chucklehead can identify, is our “leaders” in higher education keep caving in to violent protesters’ unreasonable demands, which only leads to further protests. If they just got rid of the violent protesters, and restricted campus to just students, they could fix their problems.

Instead of identifying bad leadership decisions and making better decisions moving forward, they’re going to blame Russian bots. And how, pray tell, did these magical bots cause race riots? The article says it happened because the bots would spread false reports of racial incidents:

Complicating the situation is that racial tensions were quite real at Mizzou that fall, and real threats did exist. But the article documents how the false reports contributed to considerable fear on campus. In fact, the Russian bots avoided detection in part because the hashtag #PrayforMizzou was used by real people who were at the university or were concerned about it, as well as by those forwarding the bot-created tweets.

Racial hoaxes are everyday incidents in higher ed, so common that even the campus papers don’t always find them worth covering. To date these hoaxes are invariably tracked back to actual people committing them (because bots can’t spray graffiti or make fake nooses, or whatever). The “research” fails to address how bot activity explains incidents from a time when the bots didn’t exist, but let’s gloss over that.

Prier writes that there was plenty of evidence — for those looking — that the tweets that spread were false. He cites the tweeting and retweeting patterns, consistent with other Russian bot efforts. “The plot was smoothly executed and evaded the algorithms Twitter designed to catch bot tweeting, mainly because the Mizzou hashtag was being used outside of that attack,” he writes. “The narrative was set as the trend was hijacked, and the hoax was underway.”

“For those looking”? The concept here is called “confirmation bias.” What are these patterns? Can anything else have these patterns? Do we have absolute confirmation that Russian bots in general exist? Do we have a motive here? Do we have evidence that people really can be incited to violence over a Tweet? I’m not saying the hoax didn’t happen but…our media instigates such hoaxes on a regular basis, and I really think they’re more influential than a Tweet.

Had anyone done a search of Google images for “bruised black child,” the image that was included in the false tweet would have come up — an image showing a child who had been beaten up by police, but a year prior in Ohio.

Oh no, a picture was taken out of context, and used to push an agenda. Um…doesn’t our mainstream media do this on a regular basis? Even if alleged Russian Bots are affecting a few thousand kids, our known media regularly misleads hundreds of millions. The hypocrisy here is a bit thick, no?

And I still think we should have some real evidence that it’s “the Russians” here, because “it acts like something that we’ve defined to be acting like a Russian bot” is a pretty circular way of finding a Russian bot.

I’m glad the media is finally done with “The Russians” hoax. I can take some time to wonder what will be the next hoax the mainstream media will push on the public, but I won’t waste time wondering if people will fall for it, I know the answer there.

Similarly, I won’t waste time thinking “The Russians” are behind the next hoax I hear on the news.