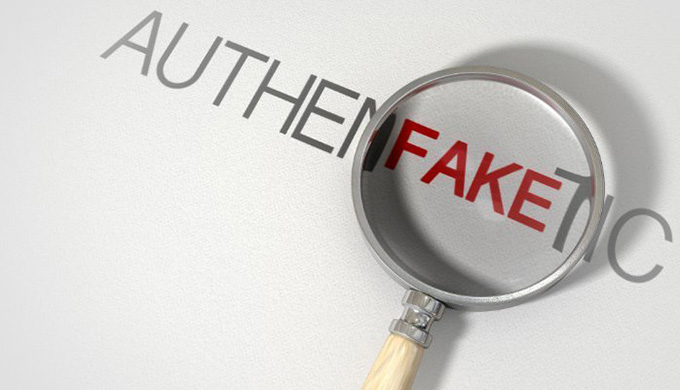 In my blog I’ve mostly focused on the immense educational fraud of higher education today: I can’t help it, this is what is most important to me. The fake classes, fake students, and fake degrees of our leadership is very troubling to someone who sincerely wants to live an honest life and also work in higher ed.

The fake leadership is a big part of the problem: despite the self-awarded spiffy titles, fancy degrees, cadres of sycophants and freakish salaries, these guys have no particular skill at what they do. Oh sure, they’ll bleat about how their leadership is responsible for the immense growth of higher education in the last few decades, but the student loan scam totally changed the business model.

Before the loan scam, the way an institution grew was to attract the best people, who would come based on the strength and reputation of the institution. The “best” people, by definition, can’t be 100% of the population. It took real talent to grown an institution on these conditions.

After the student loan scam, the way an institution grew was to offer “free money” to anything with an opposable thumb. Any chucklehead can grow a business if “customer” is simply “someone who wants money.” I can’t even begin to count the number of “leaders” I’ve worked under who’ve taken credit (and huge cash bonuses) for growth that, obviously, they bore no responsibility for. My workload doubles, their pay quadruples, and then they move on to another institution. There’s no accountability for any of it.

And so higher education is loaded down with leaders with wildly varying levels of competency, with a marked skewing towards “incompetent.” Because of this, frauds, wide open frauds, operate on many campuses now. Students often see the obvious frauds and think, with some level of accuracy: “If these chuckleheads can’t notice half the classes on campus are fake, they can’t notice a bunch of other things are fake, either,” and try to get away with something.

Many campuses are supposedly tense with racial tension, but this tension is wildly over-exaggerated. Don’t get me wrong, there have always been racial divides…anyone with eyeballs can pop down to the student union or the like and note that, if you pick a table, the people sitting around that table generally have the same skin color.

But…that’s all it’s ever been on every campus I’ve been to. Nevertheless, the students see all the other frauds on campus, and figure admin just doesn’t care, or just can’t tell the difference, and decide “hey, maybe we too can hoax something and get stuff for it!”

Again, most every campus I’ve been on has had such hoaxes come up regularly. Usually, these things are so stupidly executed that they don’t hold up under scrutiny…and the hoax is quietly buried. Other than a few faculty paying attention, nobody on campus knows, and it hardly makes the news, if at all.

Sometimes, a Poo Bah or political hack tries to use a hoax for gain; this can fail spectacularly such as the Duke lacrosse case. Granted, the Duke case only failed because it was open to scrutiny to the general public. Usually, admin gets a lockdown on information, and can use even a blatant hoax for incredible personal gain—such as U. of Delaware, which will spend $1,000,000 a year until the end of time, in response to a hate crime everyone agrees didn’t happen.

Students pick up on this stuff, and figure “I can have a payday, too.” These hoaxes really are common, more common than the average person realizes, so I thought I’d highlight a few more.

UAlbany students who faked racist bus attack to be charged

Much like at Duke, the students screwed up by claiming an actual crime happened: that got the police and investigators involved. Of course, when everything is on camera, it doesn’t help:

Security footage showed that the incident actually occurred in the opposite manner that the students initially claimed.

Where do you reckon the students got the idea that, as a group, they could say the exact opposite of the truth and it would work out fine? I maintain that students walking around on campus, and seeing lie after lie being told as truth, has something to do with it.

If it weren’t for the footage, I suspect the students would have had an easier time with it. The Poo Bah certainly was unwilling to miss this opportunity to spew the usual blather:

“This is a good opportunity for all members of the University to teach each other and to learn from each other. Let us engage even more deeply. Let us listen even more carefully. And let us see each other even more clearly.”

Admin won’t bother expelling these students—that would cut into growth. I suspect if admin had the guts to come down on fraudsters, the hoaxes would be less common.

It isn’t just faux-racism that gets hoaxed. The rise of the Social Justice Warrior (SJW) movement (and the “lies are truth if you shout them loud enough, and you’re the right gender/orientation” mantra which seems key to the ideology) has also created people who honestly believe that blatant lies are perfectly acceptable:

Again, unlike at U of Delaware, this was open to public scrutiny, and so the hoax is known as such. While students are motivated by self-interest, the SJW is also motivated by obvious self-interest perpetrates the hoax for the greater good:

Poindexter made up the story and cold-cocked herself in her own right eye “because she wanted to raise awareness about the social hardships of people in the LGBTQ+ community,” according to court documents.

Seriously, at this stage, it’s clear the worst social hardship of “people in the LGBTQ+ community” is the real risk they might punch themselves in the eye. Honest, gay hate crime hoaxes on campus are just that common. Ok, I grant such hoaxes are common off-campus too…but the point I want to make is the leadership on campus is so clueless/spineless that fakers get away with it quite often on campus—the whole kangaroo campus court system makes it very easy.

Because our institutions of higher education are such frauds, perpetrated by the professional fraudsters that run the systems, amateurs will continue to be inspired to try the same—much like physical fights tend to break out after boxing and wrestling matches, lies seem to inspire more lies.

So, in conclusion, I ask the read to consider the following, and ask how likely this is legit:

They’re actually claiming a history of anti-Semitism at Brown U but…what? Seriously if we got rid of the student loan scam, our institutions would only have people that cared about education on them, and would, likely, be run by people with actual competence (because it does take some ability to run legitimate institutions, instead of huge money-laundering schemes). Wouldn’t being legitimate be better than the huge laughingstocks that are so many of our campuses today?