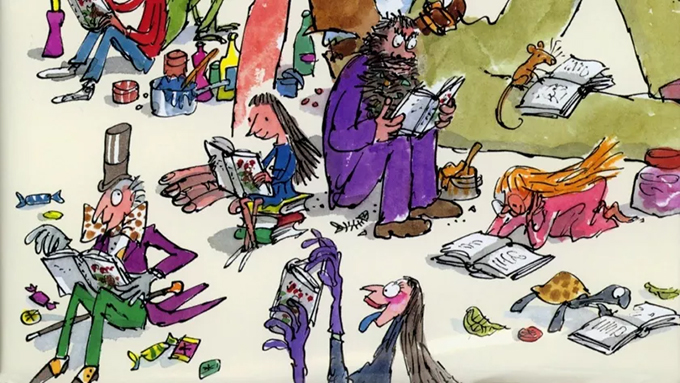 With the exception of Charles Dickens in the XIX th  century and JK Rowling at the end of the XX th  century, few British children’s literature writers whose works have enjoyed a reception as enthusiastic in their lifetime than that been reserved for the works of Roald Dahl. And the author’s success continues today and goes beyond the boundaries of literature.

His best-sellers, such as James and the Big Peach (1961), Charlie and the Chocolate Factory (1964), Le Bon Gros Géant (1982) and Matilda (1988), already considered as “classics”, continue to be reissued and suitable for stage and screen all over the world. Among the latest examples to date, we can cite the comic book adaptation of Sacrée Sorcières by Pénélope Bagieu in 2020, the remake of this same work in the cinema by Robert Zemeckis the same year or the next adaptation of Dahl’s universe. on the Netflix streaming platform by New Zealand filmmaker Taika Waititi.

This reception gives the work a resounding scope that overlooks commercial success to give its author an iconic character. Thus, even if his first children’s novels were published almost sixty years ago, Roald Dahl is an author who never goes out of style , despite the reluctance of some adults towards his work.

The work of the Welsh writer does not stop with these bestsellers. Published in 1978, The Enormous Crocodile ) for example, differs from the author’s other books since it is an album for the little ones (from 3 years old). It is also thanks to this album that Roald Dahl and Quentin Blake collaborate for the first time. The story is simple, funny and effective: a crocodile decides to eat a child for his lunch and develops plans and tricks to achieve his ends. However, the other animals of the jungle, aware of his plans, will do everything to prevent him.

The repetitive structure of a classic tale works well on children, introducing humorous and reassuring elements such as the stupidity of the crocodile, the theme of “still missed” or the benevolent complicity of animals. Blake’s colorful illustrations perfectly capture the crocodile’s playfulness and will charm all readers, young and old.

Proud of this album with Blake where the narration is carried out in an articulated way between text and images , an exercise which he also considers extremely difficult, Dahl retries the experience with the illustrator in The Giraffe and the Pelly and Me. Having no idea of ​​a plot in mind at first, Dahl begins by mentioning animals he likes to Blake, the latter looking forward to being able to draw them.

This is how the album features a curious team of tile washers made up of a giraffe with a telescoping neck, a pelican with a retractable beak, an agile monkey and a young boy named Billy. Hired to wash the 677 windows of the Duke of Hampshire’s castle, the four heroes find themselves on a crazy adventure, which only Roald Dahl and Quentin Blake are capable of inventing.

The link between text and image continues in George’s Marvelous Medicine where the effects of the magic potion on animals are visible on the pages in addition to being described in the text. The dialogue between text and image underlines the excessiveness of the transformations. In the audio version of the book (which we can listen to an excerpt from here , the graphics are replaced by sound effects which explain the stages of transformation of the animals after they have drunk the famous potion. Indeed, this magic potion invented by Georges Bouillon is reminiscent of Alice in Wonderland by Lewis Carroll (1865).

In The Magic Finger , the marvelous is in the spotlight. The narrator and heroine of the story possesses the gift of transforming people if they are mean with her magic finger. When her neighbors, the Cassard family, refuse to stop hunting, she decides to turn them into their favorite prey: wild ducks. This book allows children to tackle ethical questions around the animal world in a fun way.

From the biggest to the smallest

Esio Trot tells the love story between Mr. Hoppy and Mrs. Silver, his downstairs neighbor. Unable to declare his love for him, Mr. Hoppy decides to allow him to fulfill his deepest wish: to see his turtle, Alfie, grow and gain weight. To do this, he sets up a complex plan to replace his turtle every week with a turtle that is visually identical, but slightly larger and heavier.

This book, recommended for cycle 2 (CP / CE1 / CE2) by the Ministry of National Education, allows children to discover Dahl’s universe thanks to a story that is both funny and ingenious and thanks to the many illustrations ( in color in the French edition) by Quentin Blake. 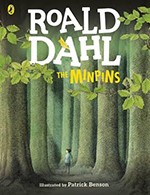 Published in 1991, posthumously, The Minpins , is also relatively unknown. Faithful to his zany universe between real and imaginary, Dahl tells the story of Petit Louis, a young boy who is very bored at home and spends his time looking at the forest from the living room window.

While his mother formally forbids him to venture into the forest, Petit Louis defies the prohibition and takes advantage of his mother’s moment of inattention to slip out the window. Once in the Forbidden Forest, disturbing rumblings force him to take refuge in the branches of an immense tree where he discovers the Tiny, tiny men of the trees, who will bring him into a magical world.

Dahl’s little-known works can therefore allow everyone, young and old, to discover or rediscover an iconic author who remains a notorious source of inspiration for many contemporary authors like JK Rowling (especially known for his essential youth saga Harry Potter , Daniel Handler (alias Lemony Snicket in The Disastrous Adventures of the Orphelins Baudelaire or, the most obvious example, David Walliams , already nicknamed across the Channel “the New Roald Dahl”.

Author Bios: Eléonore Cartellier has a Doctorate in British Literature from Université Grenoble Alpes (UGA) and Florence Casulli is a PhD student in English language and literature at the University of Angers