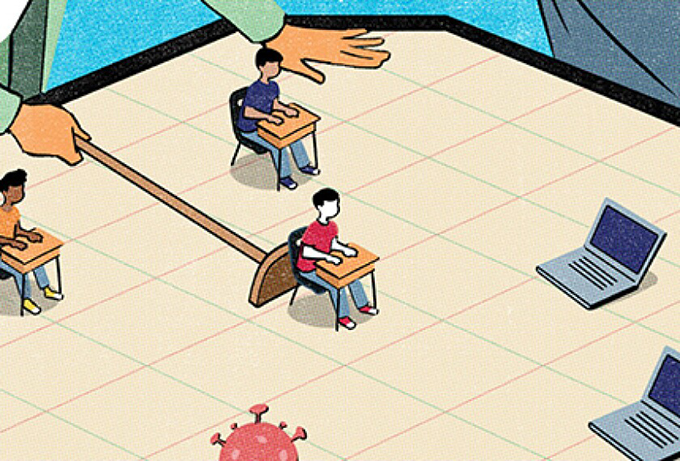 Whenever a college or university gets sanctioned by the agency that provides its accreditation, fewer students enroll in that school. That’s what I found in a study in which I examined whether the sanctions influence how students decide which schools to attend.

In my analysis, I looked at whether schools given a warning or placed on probation had lower enrollment over the next six years. Using 13 years of data from 847 colleges and universities accredited by the Southern Association of Colleges and Schools Commission on Colleges, I found between 5% and 10% lower enrollment after the schools were sanctioned. Additionally, the lower enrollment occurred in the second, third and fourth years after the sanction.

My study looked at two types of sanctions a school can face: warning or probation. Warning is the less serious of the two and means that the school needs to address whatever concerns were identified, or risk probation. Probation means that the institution is at risk of losing accreditation without improvement.

There were key differences in the enrollment declines depending on the type of school. Four-year private nonprofit universities had an enrollment drop of around 7.7% two years after the less severe sanction of warning. Even though student enrollment fell after the lesser sanction, it took two years for the change to be seen.

In order to see if the enrollment declines were related to the sanctions, as opposed to something else, I examined the time that lapsed between those two events. Enrollment fell after the sanction, but not before it. I also explored other possible causes, such as graduation rates, which are seen as indicators of quality, but the relationship with sanctions held.

Agencies that accredit colleges and universities play a unique role in U.S. higher education: They are meant to assure federal and state governments, as well as employers, students and the general public, that colleges are meeting certain threshold standards for things like faculty, curriculum, student services and libraries.

My study shows that sanctions by an accrediting organization lead to lower enrollment. While it isn’t clear if students are using the sanctions in their enrollment decisions, the relationship demonstrates that colleges that do not comply with accreditation standards risk enrollment declines, which could lead to additional financial challenges.

When colleges are placed on probation by their accrediting agency, they are required by federal law to notify current and prospective students within seven business days. But whether students are actually being notified – and whether they understand the notice – is a separate issue. Without knowing the degree to which students are getting notice, and understanding what it means, it’s difficult to say if students are consciously avoiding schools they know have been placed on probation, or if something else – such as bad press related to a scandal of some sort – might be driving their decision.

Author Bio: Christopher Burnett is a Postdoctoral Research Fellow with the Institute for Educational Policy Research and Evaluation at the University of Houston