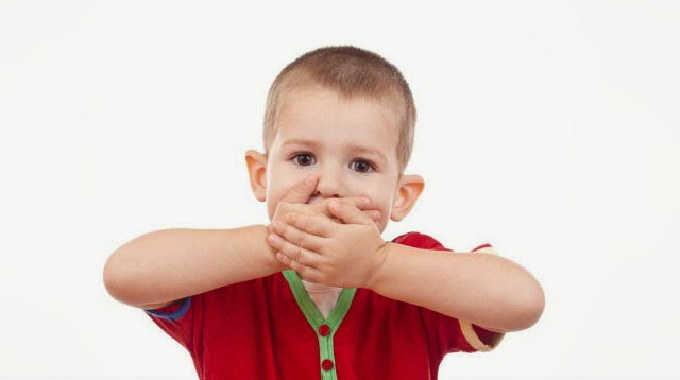 Tact is primitively the sense of touch. It is not only through what we discover the tangible properties of a thing (its fluidity, softness, hardness, shape, temperature, dryness or humidity), it is also sensitivity, it is that is, touching the thing. Unlike sight, which is a sense of distance, it requires contact.

A virtue of little

The philosophical tradition has not much praised him. It is true that tact has no political side, it is not spectacular and can not compete with courage, nor does it have the grandeur and prestige of generosity. But he is virtuous, “almost,” says Renan, not really good.

Certainly, it is a virtue of little, almost invisible, but we would be wrong to underestimate or neglect it because it is revealed and excels in the game of exchanges and interactions.

The tact is the concern of the link, it is undoubtedly for this reason that the great Hungarian writer Imre Kertész does not hesitate to say that “in the human relations, the tact is the maximum one can reach”.

Let us not assimilate, in a gesture of thought that is a little rapid, tact to civility; they are certainly both attitudes that show that everyone else counts and that in this respect deserves respect. But what immediately distinguishes them is that civility is respect for conventions and customs whereas tact is manifested where the recommendations are lacking. We can inventory the rules of civility to make treaties, nothing like the tact that is invented in its own performance.

To be tactful is to pay attention to things and people, to be concerned about our ways of saying and doing. It is less to have good manners than good manners and it is not to play on words to speak thus. The man who has tact is the very opposite of the man who is mannered because the latter over-plays the codes of good behavior. The man of tact opposes to the one who loves the form for the form the ethical attachment to the form, attentive way to advance towards others.

The place of tact is certainly language . With malicious, abrupt or brutal words, we can hurt the person to whom we address; with loose words, as we let go, we can dirty or spoil what we are talking about. Conversely, there can be benevolent and warm words. “Words are acts,” says Wittgenstein. They can have the hardness of the shot as the softness of the caress lavished.

We are far from rhetoric which always aims to lecture, far from the eloquence that wants to seduce when it does not want to move. The tactous word does not have this ambition, it does not aim at any conquest, it is not the assault of any citadel. She’s just trying not to bully, not to rush. It also aims to stimulate, give confidence or reveal in the other unsuspected resources.

Language does not only have a descriptive function, it also has a performative vocation; he makes the real happen, gives body to realities that would not exist without him.

The professions of the relationship

In the world of work, it is the medicine that will first make it a place, the tact will first manifest in the oath of Hippocrates, in the form of a duty of discretion. But beyond this requirement, the Hippocratic speech suggests an attitude, outlines a conduct, it calls for a sense of restraint and a way of being held that prefigure the virtue of tact.

We will find, much later, the virtue of tact explicitly stated in the codes of medical ethics and, more broadly, in the various deontologies concerning care professions.

Body care but also care of the soul. Psychoanalysis will soon have the intuition that the work of analysis requires a keen sense of the relationship. It is the American psychoanalyst Rudolf Loewenstein who first evokes tact. In a contribution published in the French Journal of Psychoanalysis, at the beginning of the thirties (1930), he draws the attention of his colleagues to the importance of tact in carrying out the analysis because it makes it possible to sense the moment when he to speak. Intuition of the kairos, seized of the opportune moment, the interpretation must come at the moment when it can come to give meaning to what the patient lives and, thus, to relieve it.

Tact is both sense of purpose and sense of purpose. Sense of appropriateness, because it refers to the idea of ​​an adequate gesture and an appropriate word. Acute awareness of what is worth saying or doing, how to say it or how to do it.

If the world of health and care will quickly make room for tact, the world of education and education will ignore it supremely. Who remembers Johann Friedrich Herbartprofessor of philosophy and pedagogy in Göttingen then Königsberg at the beginning of the 19th century? Herbart, successor of Kant in Königsberg, published in 1806 his great treatise of pedagogy. A forgotten work, like the very name of Herbart; and yet it is the first and perhaps the only educational work to make room for the astonishing quality of tact. Herbart’s tact is the ability to judge and decide quickly. A thousand miles from the throes of deliberation, he is close to what Aristotle calls the “glance”. The tact defies rules and principles, it is of the order of perception in what it has most immediate.

Tact does not only indicate what it is important to do, it also signals a “how to”. Let us understand that these are not two distinct facts – ethical tact and pedagogical tact – but a pedagogical use of an originally ethical disposition. It is through tact that a skill (conducting an oral questioning, developing an evaluation, leading a debate …) becomes a “know-how-to do”, a didactic skill becomes a pedagogical gesture. The educational tact shows the expertise of the teacher who is always guaranteed by a form of automation of procedures. The expert judgment is immediate, fast.

It is not limited to perceiving the characteristics of a situation, it apprehends at the same time what must be done and how it must be done. This is what Herbart had seen more than two centuries ago when he wrote that tact is nothing but “the direct regulator of practice”.