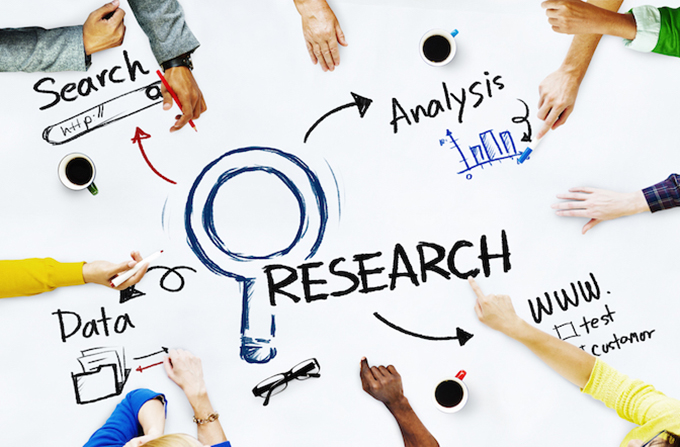 My reflection is rooted in the words of a young colleague who once told me: “We do two jobs”, implying teaching and research. I had never imagined it this way. I have always considered that my research work was essential to nourish my teaching mission and, reciprocally, that my relationship with students could nourish my scientific reflection.

However, I entered the French university by the “back door” in an environment apparently far from research. It was in 1982, in the “Economic and Social Administration” department of a provincial university, where the students did not aim for research and ended their master’s degree course, the year during which they had to do an internship.

However, it was as a researcher that I spoke to them. It was the same for the public of continuing education or trade unions, to whom I was also speaking at the time. If academics provide this education, it is because we need knowledge producers and not simple “educators”.

Curious fate, moreover, that of the term “pedagogy”, which, etymologically, indicates the formation of the children, but which ended up being applied to all education. Under the register of pedagogy, in teaching, “form” would prevail over substance. However, what makes a good teacher is, first of all, that he “lives” in his speech. You can improve your oratory technique, you learn through experience to better understand your audience, but the essential is not there.

We never teach better than what we have intimately understood, what we have thought for ourselves. If university education is entrusted to researchers, it is because it must be based on research. At this level, it is not so much a question of transmitting knowledge as of learning to seek it, to discuss it, to produce it.

Knowledge production is not the prerogative of researchers. It is more and more widely present in all professional life. The university was developed to respond to this growing social need for reflexivity in activity, what is now pompously referred to as the “knowledge society”.

The university is the ideal space to fulfill such a social function. However, higher education professionals still need to be convinced of the profound unity of their teaching and research mission and that their working environment allows them to accomplish this mission.

How did academics come to the idea that they could do “two jobs”, thus giving a disjunctive meaning to the title of their status: “teacher-researcher” . This title is fairly recent, since it dates from the Savary law of 1984. It finds its source in a union demand aimed at unifying, if not in a single body, at least in a common name, the different bodies of ‘university teachers.

But this redefinition of the university profession has caused a wide range of harmful effects for the profession: it has pulled wages down, increased the teaching load and encouraged the establishment of a systematic evaluation of the activity. of research. This, still embryonic, plays on the polarity between teaching and research. The academics could, according to the cases or the periods, be more or less teachers or more or less researchers.

The decree establishing a “modulation of services” in application of the LRU law of 2007 provoked, in 2009, a vast mobilization of the university profession, which led Minister Valérie Pécresse to amend its text. But the general framework is still in place, which affirms the duality of functions and the possibility of moving the cursor between the time devoted to research and the time devoted to teaching.

If the academics reacted so violently then, it is because the Pécresse decree wrote in black and white a feeling that they could hardly formulate. By imposing a heavy service on academics considered, rightly or wrongly, as mediocre researchers, this decree presented teaching as a punitive chore. It also meant that one did not have to be a real researcher to be a suitable university teacher.

On these two points, the decree was aimed just at the university unconscious. The logic of the development of higher education in France for sixty years has in fact made the university, with the notable exception of the faculties of medicine, the place of relegation of the public which has not found a place elsewhere: preparatory classes , IUT, BTS and many private schools that thrive on the decline of the university.

In this way, we send to long higher studies, dedicated to training through research, the public who are least able and the least eager to follow them. This results, particularly in the license cycle, in cross dissatisfaction between teachers and students.

The academics, as soon as they have the possibility, avoid teaching, by investing in institutional tasks or by obtaining teaching discharges (University Institute of France, delegation to the CNRS or in other large organizations of research, or even buying back their teaching hours out of the research contract budget), which developed like social valves as the standard university condition deteriorated.

The result is a huge mess. Contrary to popular belief, French university education is expensive, since it is provided by staff whose teaching service is limited (from 128 to 192 hours per year, depending on the nature of the teaching). This weak service is explained by the nature of university teaching, its close association with research. But it is no longer justified, if it is no longer the case.

For their part, the students feel rightly mistreated by academics who take little interest in them and perform their teaching service as a chore which they must fulfill before being able to return to their “real” job: research. .

This deleterious status quo is well established, because only a complete upheaval of our higher education would make it possible to bring back to the university a public able to follow an education based on research and willing to do so. The public authorities, out of pusillanimity, have allowed over time to set in this evil which penalizes all French youth: those who could benefit from a real university education, such as those who are enrolled, by default, in universities .

This multiannual research programming law, no more than the previous LRU laws of 2007 and ORE of 2018, does not tackle this problem. With the creation of a new university recruitment channel, which we imagine will be practiced in a diversified manner depending on the institution, we are making an already confused professional system even more illegible.

This is because, for thirty years, we have been beating around the bush in higher education in France. Everyone is well aware that the system is dysfunctional, but, faced with the difficulty of the problem, we prefer to take refuge in denial.