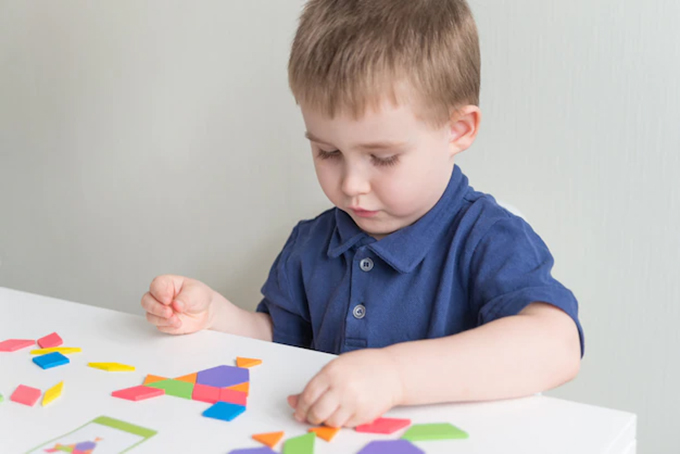 Have you played the puzzle game Tangram?

I remember, as a child, being fascinated by how just seven simple wooden triangles and other shapes could offer endless entertainment. Unlike LEGO, the Tangram pieces do not snap together, and unlike the pieces of a jigsaw puzzle, they do not form a painted picture.

Instead, Tangram invites you to fit all the pieces together to form countless varieties of shapes. You can make your own shapes or you can try to form shapes that others have created. For instance, here’s one way to form a swan shape using Tangram pieces: 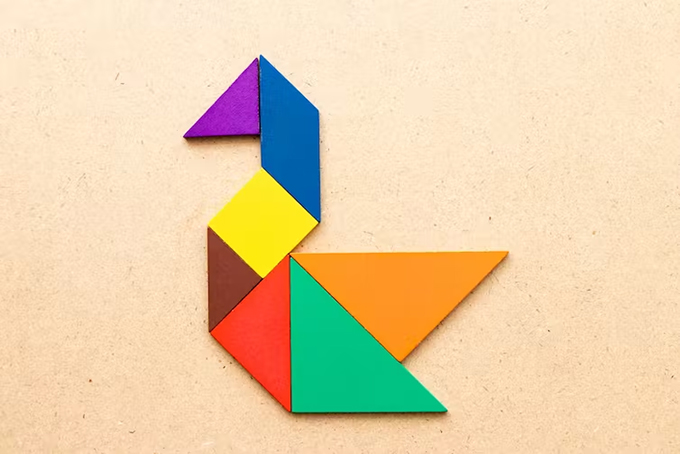 This is one of several ways to make a swan shape using Tangram. Can you find another? Shutterstock

But it’s not the only way to make a swan. Can you find others? If you do not have the physical puzzle at hand, you can use a virtual version of Tangram.

Tangram is accessible and yet challenging, and an excellent educational tool. It’s still used in schools today to help illustrate mathematical concepts and develop mathematical thinking skills. It even features a paradox or two.

A long history of rearrangement puzzles

Tangram is one of many rearrangement puzzles that have appeared throughout the ages. The earliest known rearrangement puzzle, the Stomachion, was invented by Greek mathematician Archimedes 2,200 years ago and was popular for centuries among Greeks and Romans.

It consists of 14 puzzle pieces that can fit together in the form of many different shapes. There are 536 different ways to fit the pieces together as a square.

Then there’s the Eternity Puzzle, released in 1999, which consists of 209 blue puzzle pieces that together form a big circle-like shape. It was very popular and sold 500,000 copies worldwide, perhaps due to the 1 million British pounds promised to whoever first solved it.

Less than a year later, the mathematicians Alex Selby and Oliver Riordan solved the puzzle and claimed the prize. The creator of the puzzle, the controversial Christopher Monckton, said at the time he had to sell his house to raise the prize money.

The origins of Tangram stretch back to the third century Chinese mathematician Liu Hui. Among many other accomplishments, Liu Hui used rearrangements of geometrical shapes to elegantly explain mathematical facts such as the Gougu Rule, also known as Pythagoras’ Theorem. 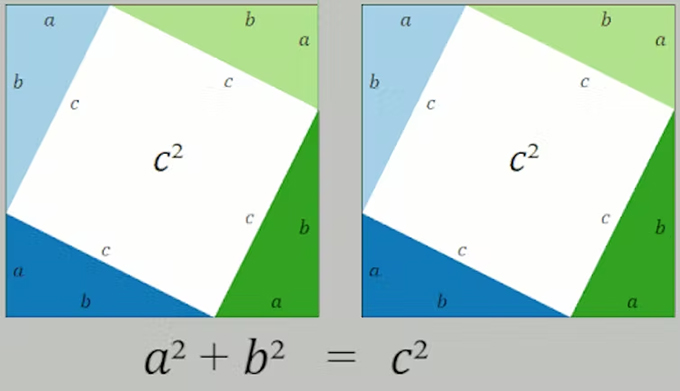 Shapes can be rearranged to explain the Gougu Rule, also known as Pythagoras’ Theorem. Animation by William B. Faulk, CC BY-SA 4.0, via Wikimedia Commons, CC BY

This rearrangement approach to geometry was later evident in the creation of 12th century Chinese banquet tables (rectangular tables designed to be arranged into patterns that might please or entertain dinner guests).

A different version, known as a butterfly table, was popularised in the early 17th century and featured a broader variety of shapes. A surviving table set can be seen in the Lingering Garden (Liu Yuan) which is part of a UNESCO World Cultural Heritage site in Suzhou. 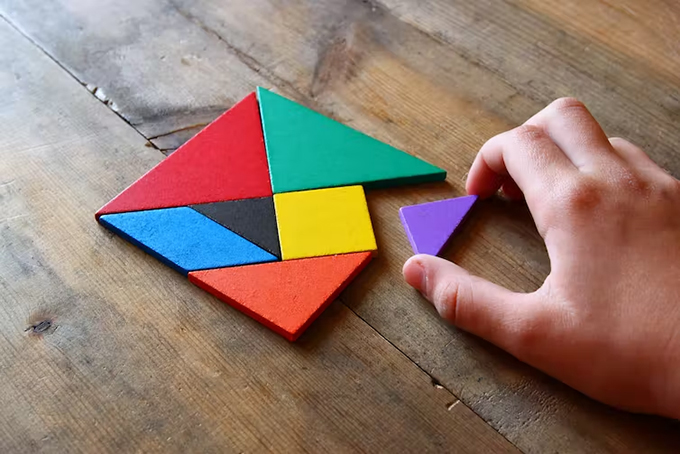 The Tangram was popularised as a puzzle game around the year 1800. Shutterstock

According to The Tangram Book by Jerry Slocum and other authors, the Tangram was popularised as a puzzle game around the year 1800.

This sparked a craze for the game in China. Other Tangram puzzle books were soon published, with some eventually making their way to Japan, the United States and England, where they were translated and extended.

During 1817-18, the Tangram craze spread like wildfire to France, Denmark and other European countries. Worldwide interest in Tangram has endured ever since.

An educational tool harbouring a paradox or two

The lasting popularity of Tangram might partly be due to it allowing so many shapes with so few pieces.

Researchers have found that Tangram can help students’ visual and geometric thinking and even their arithmetic skills.

Tangram may help in the assessment of children’s learning of written languages and of their emotional regulation skills.

For most people, though, Tangram is just a fun and creative challenge.

There are also some Tangram “paradox” puzzles discussed in The Tangram Book and elsewhere online, where Tangram pieces are arranged to make two seeming identical shapes (but where one appears to have a leftover piece). 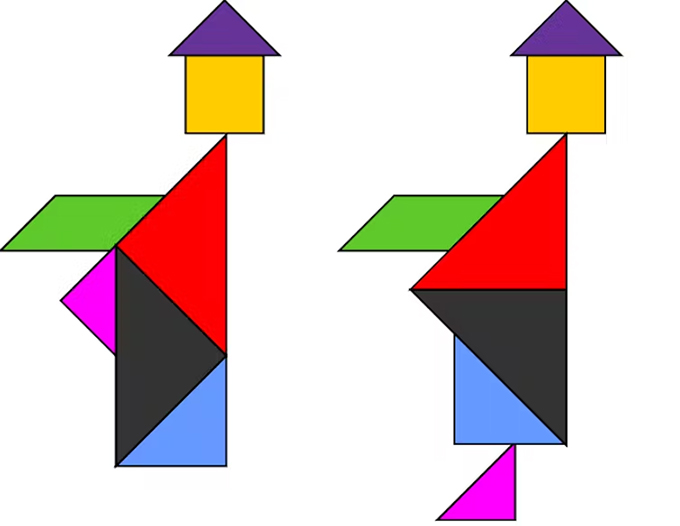 Can you explain the “paradox” – why one has a triangular “foot” and the other does not, even though both images use all seven pieces?

As a bonus challenge, perhaps you can you solve the similar infinite chocolate bar “paradox” popularised on Instagram and TikTok.