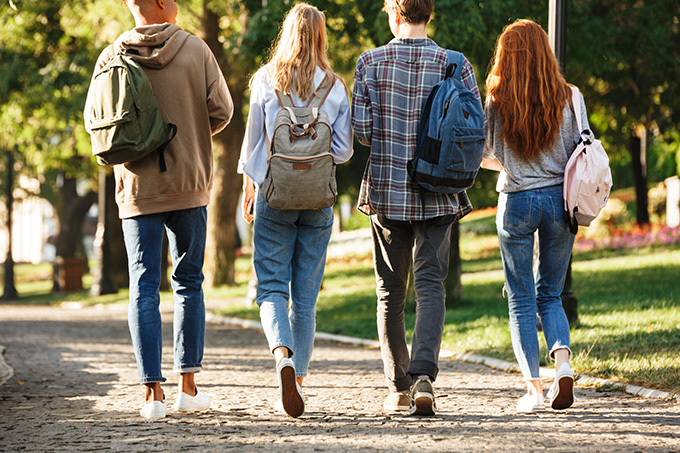 This coming spring, a new group of students will think about choosing university majors when they apply to campuses across North America.

In all likelihood, fewer of those students will choose humanities subjects — traditionally understood to include history, literature, philosophy, languages and the arts — as their major, than in past years.

This is because of an ongoing “crisis” in the humanities, whereby the meaning, purpose, credibility and benefits of humanities majors are questioned.

Enrolment levels have dropped. Students have a harder time seeing the “relevance” of the humanities and so they choose science, engineering or business in greater numbers. Research also suggests when students do choose a humanities major, they often regret it. This is bad news for both democratic societies and leaders of university humanities faculties.

My pitch to reverse this trend: let’s teach students to be makers, builders and creators, the architects of the future, and not just demolition crews.

‘Elephant in the Zoom’

Journalist Ryan Grim provides some insight into the problem in his June 2022 article “Elephant in the Zoom,” which explores how “meltdowns have brought progressive advocacy groups to a standstill at a critical moment in world history.”

Grim examines the experiences of people working in non-profit organizations both after Donald Trump’s 2016 election, and following the 2020 murder of George Floyd by police.

He found that workers in progressive organizations were skilled in analyzing and pointing out problems, but the skills required for constructively managing differences were absent.

He suggests that for many managers, members of an older generation, the focus should have been on the work of non-profits, but for workers — presumably at least some who would be younger — the focus was on their own work environments.

Members of organizations like the Sierra Club created major disruptions in those institutions.

Many projects stalled as organizations were left with the task of simply managing intense internal conflict.

Grim’s portrait is a typical caricature of humanities graduates – they learn how to spend more time in meetings fighting with one another than changing the world.

The fights Grim chronicled were often about whether an institution saw, in sufficient detail and with sufficient urgency, how their own internal dynamics were corrupted by systemic racism or sexism or other systems of power and privilege.

These are valuable insights. But now we have “call-out culture,” which is more concerned with criticizing someone for lacking an appropriate level of moral purity than with changing systems or making people’s lives better.

In other words, “call-out” culture replaces the hard work of socio-political change with the easy work of shaming one person. As a primary way of engaging the world, there are limits to what “calling-out” systems and people can achieve, and the relationships and alliances required for democratic life risk being destroyed by such an approach.

Examining what we do

“Critical Theory” emerged from the western Marxist tradition and aims to find and critique underlying assumptions in social life so that the power structures maintaining domination can be challenged and transformed.

The Stanford Encyclopedia of Philosophy notes that today “any philosophical approach with similar practical aims could be called a ‘critical theory,’ including feminism, critical race theory and some forms of post-colonial criticism.”

Critical theory has long been a preoccupation of humanities work.

Some might say critical theory has been the dominant way of doing humanities work particularly in North America since at least the 1970s, and its ascendancy has coincided with declining humanities enrolment.

At its best, critical theory is a toolbox for examining what we do and why we do it, especially by considering the ways in which existing systems of power limit (or condition) how we can act. While the aim of critical theory is to transform our world, too often the assumption is that if we see the hidden ways power operates we will be transformed by that insight.

Where is the humanities toolbox for creating or making a better world?

I used the word “examining” to describe the work of critical theory because it offers more a way of seeing than a way of doing — and implies that seeing is all we need for change.

The humanities aren’t just instruments of criticism. They also hold the keys to how we might imagine a better world, particularly through their emphasis on the public good and the skills necessary for constructively managing difference.

Here’s what I’ll be teaching this year in general first year Arts courses and upper year communication courses, and I hope there are others like me out there: I will introduce students to imaginative builders like activist Jane Addams who sought social and political change through engaging neighbours. We’ll read about writer and entrepreneur Chloe Valdary’s work on enchantment, anti-racism and equity and communication consultant Anat Shenker-Osorio’s work galvanizing current progressive movements.

These figures care most about generating meaningful change, not just through criticism but by embodying, managing and creating new ways of tackling challenges.

I’ll work with students on how to cultivate an imagination for the public good, how to co-ordinate action even in the presence of disagreement and how to persuade, or change minds, with respect and care.

Doing this work puts power and privilege at the centre of conversations in order to transform circumstances, not just criticize them.

Much critical theorizing, in its commitment to emancipation from oppression, has grappled with despair. We ought to be realistic about both the despair and grief people face.

There is grief because of harms to the disenfranchised, the collapse of old systems and the failures of western societies to imagine and realize alternatives.