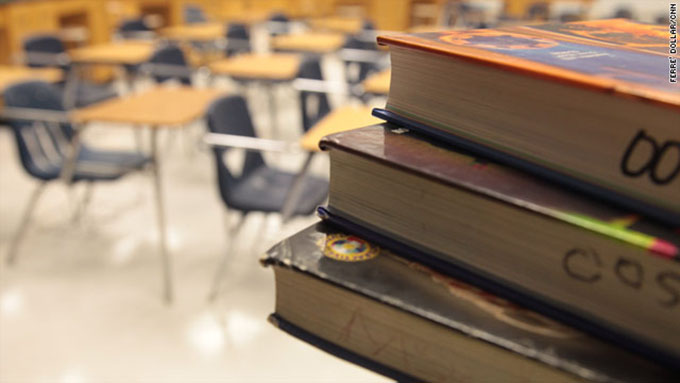 When we talk about historical research, several concepts such as the past, history and a series of images and notions about what, supposedly, happened long ago, come to mind. This linear, rigid, objective and monolithic perception of history that is often confused with the past is the introduction to this article. And we say this since the past is not understood in the singular, but in the plural. The teaching of history today is part of the teaching of a specific “past”: nation-history.

This is an issue that goes back to the 19th century and the beginning of the 20th century. To begin to explain this problem of school history, we must point out three fundamental axes:

What will happen between the State and historians? The professionalization of history will be born by the hand of the State, but above all of the nation, a problematic concept, even to this day.

So why does the nation-state need the collective of historians? To not extend too much, this would be summarized as follows: the State needs the nation to legitimize itself as a power structure after the revolutionary processes of the late eighteenth and early nineteenth centuries.

But, at the same time, the nation needs a story, that is, a story to build a national identity that serves as a true social and cultural glue in prospective.

The result? The construction of national stories or general stories of the nation that today we know as country stories (of Spain, Chile, Mexico, France, Morocco, China, Japan and a long etc.).

But what about our second axis, that of education? This is answered with a question: how did the state, and still do, to build citizenship?

This will be done through a centralized educational system that ultimately revolves around nations .

And this is where our third axis comes in:

Extension of this educational system

Throughout the twentieth century, what we have been able to verify is a progressive evolution of the extension and massification of this educational system throughout the world . Of course, at different speeds and with the relevant features, but for the same purposes. Today our world remains the ruler under the liberal-republican ideal of nations.

We have been under this model for more than two hundred years. And all this in spite of the globalization or the revolutionary technological processes that advance at a dizzying speed without hardly realizing it.

Is school history important in the formation of societies today? There is much talk about the importance of history, but do we really know the consequences that this has in the construction of young people’s perceptions of what happens in the world?

There is a “professionalizing gene” in history to which every historian owes “academic loyalty”: the nation. But not only the nation, also the State, and even the almighty republican liberalism (or, put another way, the representative government republics in force today).

Does school history influence the civic education of young people of the 21st century?

History not only matters in this area, but it is fundamental. Such is its importance that when a ministry or government tries to eliminate it from the curriculum, teachers take to the streets, as is happening today in Chile , for example. 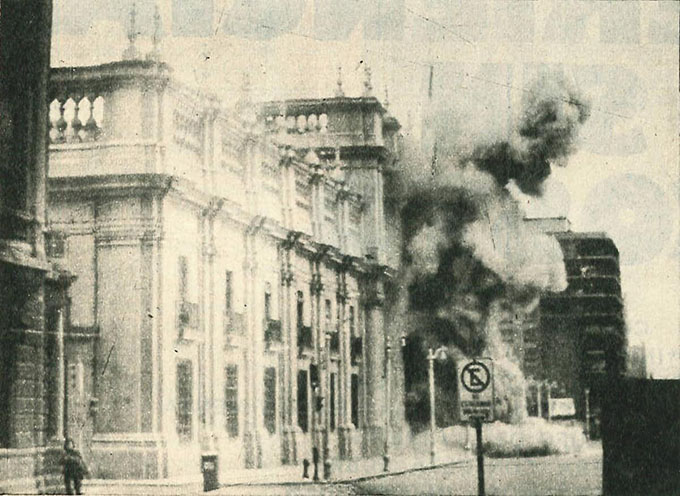 Coup d’etat of September 11, 1973 in Chile. Bombardment of La Moneda Palace (government palace) Library of the National Congress of Chile , CC BY

But why defend history if what you are doing is building a citizenship with watertight contents and homogenizing and obsolete concepts?

The example of the war between the Chilean Minister of Education, Marcela Cubillos, with the Chilean College of Teachers and with a fairly transversal and diverse social majority , is an empirical proof that history is part of the Chilean identity, of its values homelands, their traditions, their customs and, most importantly, their past.

It is here that we establish what we understand to be the first error: the past-history axis. History is not the mirror of the past. Another thing is that national histories claim that this is done under a linear, androcentric, white, western-centric account and that it deals with the chronology of the exercise of power and the powerful.

Although this story has been criticized, it is not in its founding principle. Authors such as Frank Ankersmit , Georg G. Iggers , Hayden White or Herman Paul have dedicated themselves to questioning the positivist and historicist role of history, that is, of an objective and axiomatic perception of it.

The problem that creates an objective story in students

In studies of this type (Theory of History) we find precisely a literary and subjective recognition of history. What happens is that finally studies and research about the Theory of History do not dialogue with studies on Didactics of History, and even less with ethnographic studies about what happens in school and with students. Therefore, important interdisciplinary efforts are lacking in this field or problem of study.

History in the school system is not creating thoughtful, creative and thinking children and young people . And if they do, they will do so within conceptual limitations such as political liberalism, republicanism, democracy, citizenship, the nation and a long etc.

Can you be thoughtful and critical with these categories of modernity and progress? Yes, but it is not possible to cognitively overcome certain political, social and cultural problems today if we do not overcome this epistemological labyrinth, that is, the origin of the knowledge taught.

For this reason, the question we ask ourselves is what is being taught and not so much how it is being taught. Authors such as Juan Sisinio Pérez Garzón, Sebastián Plá, Joaquim Prats, Antoni Santisteban Fernández, Joan Pagès or Mario Carretero, among others, are protagonists in the studies of the didactics of history . In them we see a generalized defense of a less memorial and more reflective school history, coupled with a transformation in how to offer history classes .

This is why it is very important to emphasize how many of this knowledge is causing serious setbacks and limitations for the construction of different possible futures .

History would not be helping to build a truly free citizenship , but to passive beings in the face of what happens in the world, that is, spectator citizens and not active in the main problems of our society.

It may seem weird, but once upon a time, history served to create utopias. Today that is synonymous with metaphysical debates that, in the end, have no transcendence or influence in our lives.

Finally, the slavery of the 21st century seems not only to be material and financial, but also intellectual. We are socially condemned if we fail to emancipate ourselves cognitively, since we cannot allow ourselves as a human collective to continue chained to a past that limits us, to a present that increasingly oppresses us and to a non-existent and empty future of all hope.