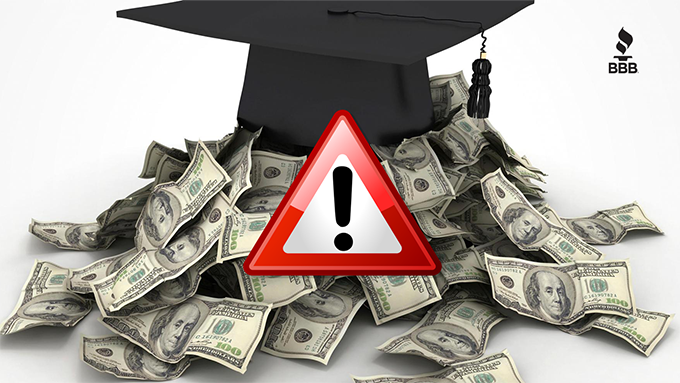 “I’m going to be an engineer! I get free tuition for taking the classes!”

–So many female students walk on campus saying something like this. I have no problem with scholarship, but there’s a trap here many “female engineering students” fall into…

Every year, students come to campus, and many are clever enough to understand: they need to take courses that lead to a job.

The students file into obvious choices like engineering, and then find out the reason engineers get paid bucks is because they have to know things, things that not everybody can understand without effort. I promise the gentle reader, if building complex machinery were easy enough that everyone could do it, and pouring coffee was a very rare skill, barista would be a high paying job, while engineers would get minimum wage. It’s basic economics.

“I really couldn’t handle the engineering classes, so I changed my major to nursing. There’s good money in that!”

–trust me, I’ve heard this or the like plenty of times from 2nd year students, female and male.

The kids that figure out they can’t survive an engineering program (and really, there’s no dishonor in this) then move on to other degrees which are high paying, like nursing. Of course, the same economic principles apply.

“I decided nursing just isn’t for me. I’m going to get a degree in Theatre. They’ll transfer all my credits from my engineering and nursing majors, so I can still graduate in five years, six at most.”

–I’ve heard the like of this too, many times. Students come in, try for the hard-to-get and thus valuable degree, and then shift down, down, down, eventually grabbing an easily acquired but worthless degree.

The end result is the students stumble from major to major, falling ever downward until they finally get to some degree with coursework that anyone can get through (hi Education!). I’m not picking on Theater degrees in my anecdote above (although, yeah, this seriously is not worth paying for), but we churn out lots of degrees that truly have no market value.

Sadly, after being cheated by higher education once, many of these kids figure grad school must be the secret to success. Having already been pummeled with technical and professional programs, they know better than to head off in that direction again. So, many go for the MFA, the Master of Fine Arts…which is basically the graduate level Theater degree.

Our institutions of higher education, in order to qualify for that sweet, sweet, student loan money, have to promise in writing to act with integrity. They must make this promise, butbecause there are no penalties for violating accreditation, many schools jettison integrity to make room for more student loan money.

Grad school is expensive, and students can accumulate amazing debts here, quickly. The Federal government has helpfully identified the most predatory schools, and somewhat consistently, MFA schools end up on top; this is pretty much the degree where graduates are least likely to make enough money to pay off the loan within a lifetime, as well as the degree program most likely to attract those least able to understand how they’re being cheated.

Let’s take a look at just how quickly you can rack up debt getting that MFA:

One of the programs she was accepted to was the American Repertory Theater/Moscow Art Theatre School Institute for Advanced Theater Training at Harvard University, which, according to The Hollywood Reporter, was one of the top 10 schools for drama training. There was one catch: Tuition for the two-year program was $62,593. Sellers further calculated that her living costs in Cambridge, Mass. would be $50,000 for two years. Despite some scholarship money and a meager amount she raised via GoFundMe, Sellers—who’s expected to graduate in 2018—will be facing close to $130,000 in loan debt.

—I’ll be calling American Repertory Theater “ART” from here on out.

It is so nutsy insane to go to graduate school to become an actor. Median hourly wages are around $22 (and you have to use the median because the multimillion dollar paychecks the top actors command make the average not a fair estimate for pay). That’s a decent hourly wage, but acting isn’t steady work.

Nick Basta is an actor and instructor at the University of North Carolina, Wilmington. He graduated from the institute in 2003, and from his graduating class he estimates that around half are no longer acting. “I don’t know what that tells you,” he admitted. “It’s an expensive way to figure out if you don’t want to do it.”

Even the median is a bit misleading, because most actors are unemployed, and work as waiters or otherwise are not acting anymore, so their “average pay” shows up somewhere else. The “predatory” description here is quite generous: it’s predatory only for those who actually try to make money from the degree. For those who realize the degree is worthless, it’s more like “robbery” than “predatory.”

I grant that $22 an hour is still better than minimum wage but it’s poor pay for unreliable work after  years of graduate school…and you’re going to have huge debts to make payments on as well. What typically happens here is disturbing:

I really need to point that this place saddling students with huge debts is classified as a “non-profit” school. That’s the latest craze in higher ed—non-profit schools which are in fact about the profits. See, for-profit schools were getting a (deserved) bad rap for ripping off students, but the only reason for this is our government only looks suspiciously at for-profits. Using a bit of accounting legerdemain, you can rake in student loan money and avoid scrutiny if you get classified as non-profit, even if nothing changes as far as pay for administrators using the shifty accountants. If our government took a look at state and non-profit schools, especially the incredibly bogus community colleges, it would find out that for-profits are only a small part of the ripoffs of higher ed today.

This blog has covered other “non-profits” which nonetheless rake in the money while destroying the lives of students (for examples, see here, or here). Let’s get back to this school specifically:

Such programs are deemed predatory by the federal government and are at risk of losing access to federal financial aid.

As result of this report and the threat to its financial aid access, ART announced in July that it will take a three-year hiatus while it reevaluates its program. “It would be irresponsible to continue, especially if our federal financial aid was taken away,” said Diane Paulus, ART’s artistic director.

–hey, her title isn’t twice as long as her name, that’s promising! Do note, however, that she must please her masters higher up in the bureaucracy, and it’s clear from her quote integrity is irrelevant: she knows that it’s the student loan money, and nothing else, that pleases her masters.

To its credit, ART, upon being deemed predatory, has decided to reconsider its evil ways, although it’s sad that “you are hurting people” doesn’t seem to be as strong a motivation to change as “government will cut you out of the student loan scam.” Harvard won’t shut down entirely, of course, but, being an old school, they have a sprig of integrity that’s managed to survive the deluge of student loan money. They’ll stop preying on people, for a bit.

Most schools, even when declared predatory, will press on, manipulating their postgraduate employment statistics to make it look like they’re not doing as much harm as they are, actually, doing. They’ll keep on guzzling that loan money by suckering all those students who, 6 years earlier, walked onto campus thinking they’ll get a good job with an engineering degree.

One school is slowing down the destruction because they feel threatened they might not get more student loan money. As I’ve said many times, we need to stop the student loan scam. There’s no way we can mandate integrity in our schools, but without the loan scam, at least we won’t be promoting corruption, and that’s still a win as far as I’m concerned.