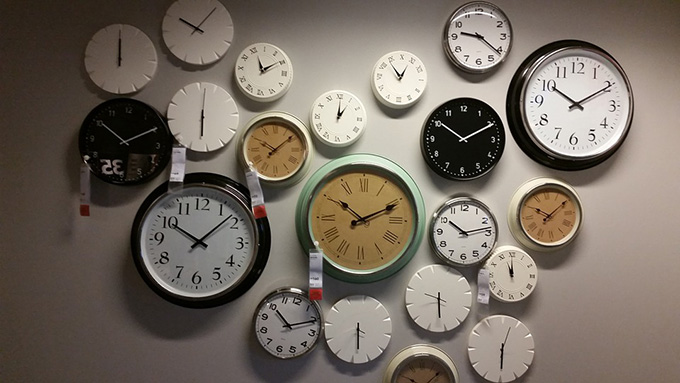 The hourly reform (RH) promotes civic time habits, promoting equality between people, good relationship skills and, above all, the health and well-being of citizens ( Initiative for Time Reform, 2015 ).

To achieve this, the HR proposes four major changes:

During the 2017-18 academic year, a research project was carried out in the municipality of Prats de Lluçanès (Barcelona), funded by the Diputación de Barcelona, ​​which consisted in carrying out a preliminary diagnosis with the aim of applying the RH in the educational field .

Specifically, in this rural municipality of 2,537 inhabitants ( Idescat, 2019 ) is the only Secondary Education Institute in the area and therefore welcomes young people from all the small municipalities of the territory.

This diagnosis served to detect the existing problems in the area, but they can be extrapolated to other places, and assess the possibility of realization.

The problems are in Secondary

The study shows that in the Infant and Primary Education stage it would be relatively easy to apply the RH, since the meal schedule is respected and the hours of completion of the extracurricular activities (sports, cultural) are opportune. However, serious problems are at the stage of Secondary Education.

Currently, the majority of Spanish institutes, especially those of a public nature, carry out a schedule different from the one that promulgates HR as a healthy schedule. The students of Secondary and Baccalaureate make an intensive school schedule having two school breaks (of a duration of about 15-20 minutes) for breakfast in the center.

This means that students eat breakfast up to three times a day in some cases (one at home and two at the institute) and eat after three in the afternoon. In rural areas, entry, departure and lunch times are even more acute, since the bus journey has to be added to the population of origin (in the case of Lluçanès some journeys last up to 30 minutes).

It has also been detected that some extracurricular activities, sports and cultural, start very late due to two factors: the time necessary to resume the activity after eating and the facilities occupied by primary students. This implies that adolescents start their activities many times at seven or eight in the afternoon, leading to a delay at dinner and at bedtime.

These schedules not only have a negative connotation when it comes to a healthy lifestyle. On the one hand, they also prevent many of the students from eating with their families, since the average meal time in Spain is at 2:00 p.m., mostly due to work reasons. This results in young people ending up eating between 3:00 p.m. and 4:00 p.m. alone.

On the other hand, as has been mentioned previously, the fact of finishing late the extracurricular activities entails finishing the homework when it is almost dusk, having dinner later and going to sleep at inopportune hours. The young people, therefore, do not have time to meet with the family nor can they rest the necessary hours.

The food, a curricular activity

Thus, and following the guidelines of the Pact of the Time Reform (2017), it is proposed to introduce food as a curricular activity within the school schedule of the institutes. In this way, we would make sure that all the young people eat (either school menu or lunch box) in the hours proposed by the RH.

In order to make this proposal, several aspects are taken into consideration. In the first place, the 30 teaching hours and the 3 hours of rest are respected, since the meal time is the result of subtracting 5 minutes each hour of class.

The hours of entry and exit of the institute are also respected, which avoids modifying the complex schedules of the school transport. The fact that the activity of eating becomes a lecture involves incorporating curricular content and evaluation by the institute.

Another important aspect to highlight in order to respect the regulations is that after lunch the second break will be made to avoid doing so many hours in a row.

Finally, it is necessary to propose two food options: school menu or lunch box (with the possibility of heating the food and / or putting it in the fridge).

Once the diagnosis is finished, we can affirm that the modification of the meal schedule of the students of Secondary and Baccalaureate would influence the rest of the afternoon schedule. The extracurriculars could be started before, just at 3:00 pm, when the Primary students are still in class.

In addition, this measure would favor family reconciliation, eating and dining at times considered healthy and rest the necessary hours. It is a small change that makes possible the proposed HR law in the field of education.

But for the hourly reform to stop sounding like a utopia for society, it is necessary to believe that it is possible and act from all sectors at the same time. For now, this is a first step.