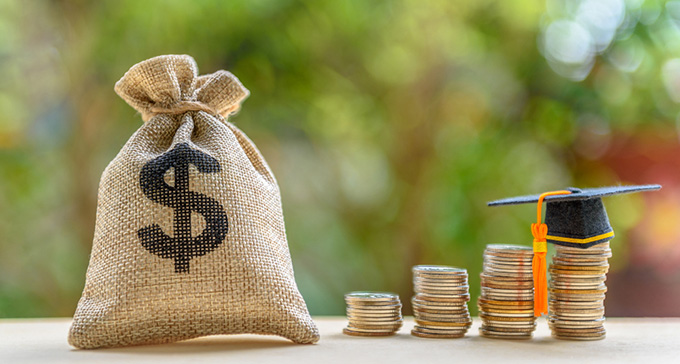 One key change to universities under the Morrison government was the Job-ready Graduates program. Starting in 2021, this significantly increased student fees for humanities degrees, slashed them for nursing and teaching, and moved many other courses up and down.

University enrolment figures suggest it has not achieved its goal: to steer students into certain fields of study and away from others.

So, a new system of student fees is likely to be part of Labor’s promised Universities Accord, which aims to reset the relationship between the federal government and university sector.

Its terms of reference will be announced next month.

Australia has had several student fee systems before. In a new paper, I look at the five different rationales used for setting HECS, later called student contributions, since 1989. These include: public benefits, increasing resources per student place, incentivising course choices, private benefits and course costs.

In the past month, two new reports have also looked at possible student contribution systems, adding to or varying those used previously.

In its October report on improving education outcomes, the Productivity Commission set out two main options.

In a second option, government subsidies would be a flat dollar amount or percentage of course teaching costs. Either way, students in courses with high teaching costs would pay the most, as student contributions make up the difference between the public subsidy and the course cost.

A new report from the Innovative Research Universities lobby group also suggests different options. Under one, most students would pay a flat student contribution rate, with public subsidies making up the difference between the flat rate and course costs.

For a budget-neutral transition from Job-ready Graduates, the flat rate would be about A$10,000 a year. The report says that this would offer “simplicity and predictability”.

These ideas have a history

It is important to remember these ideas have histories, with lessons today’s policymakers should not forget.

In 1997 the Howard government replaced the original flat HECS rate (where all students paid the same fee, regardless of their course) with three different HECS rates. Cabinet documents from the time show support for a “course costs” approach, so students in more expensive courses paid more.

However, the Howard government also recognised what my paper calls the “nurses and lawyers problem”. Nursing costs more to teach than law, so under a course costs student contribution policy, nursing students would pay more than law students. That is a hard idea to sell.

Despite the nurses and lawyers problem, the idea that course costs could be used to set student contributions has persisted. It led to two detailed government-commissioned reports in the 2010s, and is being suggested again now by the Productivity Commission.

The education ministers who received those 2010s reports – Chris Evans from Labor and Simon Birmingham from the Liberals – did not implement their cost-sharing ideas. Student contribution levels are political as well as policy decisions, which need to be explained to the parliament, voters and students.

Any rigid course cost model that ignores the politics of student contributions for areas like nursing and teaching isn’t politically viable. Public opinion will not support students training for these careers paying more for their education than law and business students.

The private financial benefits approach fits with Australia’s tax and social support system, under which we increase charges and reduce benefits with income. But we also have to be careful about just relying on potential earnings to set course fees. On average, law graduates earn a lot, but a top commercial law barrister and a legal aid lawyer have very different incomes.

A flat-price student contribution would avoid some anomalies of the course cost and private benefit systems. But the transition back would be politically difficult – nursing and teaching student contributions would increase significantly unless overall public funding increased.

Although student contributions have little effect on course choices, my paper argues they do have practical consequences policymakers should take into account.

The doubling of humanities student contributions under the Job-ready Graduates scheme, combined with the relatively low incomes of humanities graduates, means their HELP student loan repayment times will be longer, with an increased proportion never fully repaying their debt.

While the HELP repayment system lets graduates repay over decades if necessary, this is to assist people with low or irregular incomes, not to penalise people for their course choices. Under the current student contribution system, two graduates on the same income could have significantly different repayment times.

Repayment delays are bad for the government too. Repaying the $74 billion in outstanding HELP more quickly would reduce the government’s interest bill and the risk of debt never being repaid.

To combat these issues, we need to consider how much graduates can potentially earn when setting university fees.

What does this mean for universities?

Student contributions affect universities as well as students. As the Productivity Commission points out, universities need to pay their bills now and must pay attention to revenue per student.

For classroom-based courses such as arts or business, adding more students to subjects already being taught usually does not cost much. A low student contribution could cover it. But for courses with clinical components such as nursing, which requires expensive equipment and close supervision, the costs of more students are higher.

We know clinical training costs, combined with very low student contributions for nursing, are an obstacle to increasing enrolments despite high demand.

So, for universities’ purposes, we cannot forget what courses actually cost to run when setting student contributions.

Some student contribution systems, such as incentives to steer students into particular courses, should be ruled out. But when looking at university fees, the new federal government can adopt more than one rationale, pragmatically reflecting a mix of policy and political goals.

An enduring student contribution system will ensure that most graduates can repay their HELP debt in a reasonable amount of time, that students in nursing and teaching courses don’t pay more than other students, and that universities have the right incentives to meet student demand.

Author Bio: Andrew Norton is Professor in the Practice of Higher Education Policy at the Australian National University