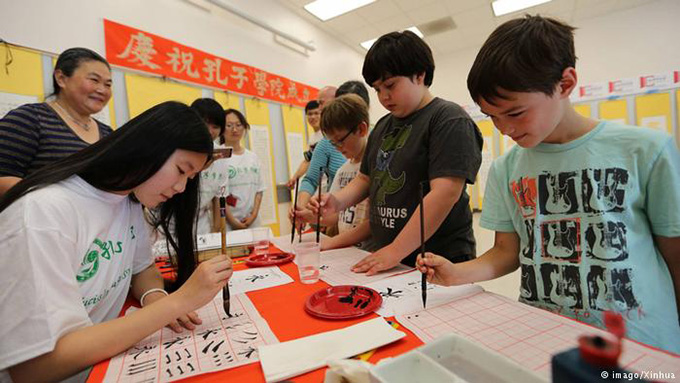 Government concerns about Chinese influence in Australia continue. One example is the Foreign Influence Transparency Scheme, which seeks to provide for the public and government

visibility of the nature, level and extent of foreign influence on Australia’s government and political process.

It has been reported the Attorney-General’s Department has written to universities that host Confucius Institutes, asking them to register the institutes under the scheme. Confucius Institutes are Chinese language and culture centres set up through partnerships between an Australian university, a Chinese university and Hanban – an organisation directly under China’s Ministry of Education.

So, what are Confucius Institutes, and do they teach Chinese propaganda?

Australia has 14 Confucius Institutes at 13 universities and one in the New South Wales Department of Education. There are also 67 Confucius Classrooms, which support Chinese language education in schools. These are usually attached to a Confucius Institute.

Confucius Institutes are established on five-year contracts, which can be renewed. Schools that host a Confucius Classroom receive A$10,000 in upfront funding, as well as books and other materials to the value of about A$10,000 each year.

What do they teach?

Many Confucius Institutes also run a range of activities and events for a general audience. The University of Adelaide’s Confucius Institute, for instance, runs a China Briefing Series – public lectures on political, economic and cultural developments in China. 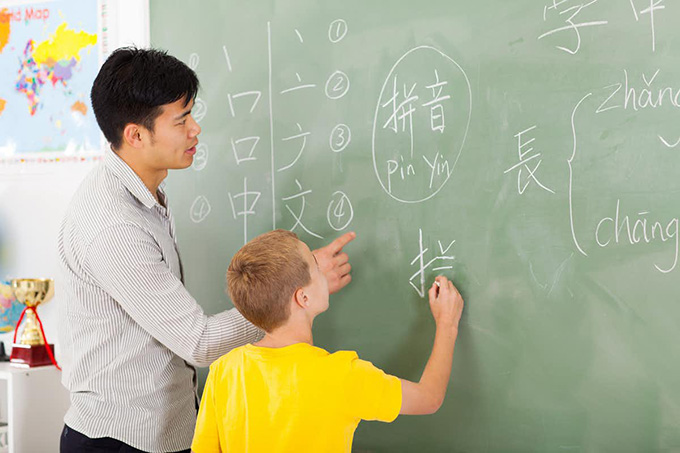 Some Confucius Institutes specialise in a certain area. The one at QUT, for instance, specialises in professional development for teachers and in supporting Chinese language and culture education in schools. The one at Griffith University focuses on language and culture training for tourism purposes. The Confucius Institute at RMIT University mainly teaches Chinese medicine.

These courses are short and aimed at the general public or specific audiences such as business people. For the most part Confucius Institutes don’t offer courses for credits that count towards a university degree. But institute staff may do some teaching in Chinese language courses offered by the university.

A student undertaking a university degree could do a course through an institute but this would not be part of their degree. The University of Queensland’s Confucius Institute, for example, offers free courses in Chinese language and culture to students and staff. Students could also participate in the activities and events run by the institutes.

Is there Chinese influence?

The materials Hanban provides, including textbooks, are published in China but it’s up to the institute if and how to use them. One director told me:

We get more than 3,000 books, journals and also DVDs, which are very useful in our classroom teaching.

The University of Sydney’s courses are based on the textbook series Integrated Chinese, published by Cheng & Tsui, an independent publisher based in Boston, USA.

Confucius Institute staff I’ve spoken to have said such materials don’t push Chinese government propaganda. As one director put it:

If you look at the actual content, they are as innocent as strawberries. They look like the language teaching material for any other language you might want to pick up from a democratic parliamentary state.

The concerns of the institutes are of a more practical, rather than political, nature. At a languages and cultures university colloquium in 2017, for example, a teacher working at a Confucius Classroom explained that the TV, desktop computer and printer Hanban donated were not useful because the school was already equipped with smartboards and teachers had laptops. He also said students were unable to read the books Hanban had donated.

Confucius Institutes do nevertheless focus on the positive aspects of China. A recent study of Confucius Institutes’ activities, including some Australian ones, found they focused on traditional Chinese culture and generally avoided politics. Sensitive topics such as the Tiananmen Square massacre or the issue of Tibet were ignored.

The study reasonably concludes Confucius Institutes portray a selective, rather than propagandistic, view of China. Whether this means Confucius Institutes are deemed to be exerting influence on the part of the Chinese government will be an interesting test of the Foreign Influence Transparency Scheme.

Author Bio: Jeffrey Gil is a Senior Lecturer in ESOL/TESOL, College of Humanities, Arts and Social Sciences at Flinders University