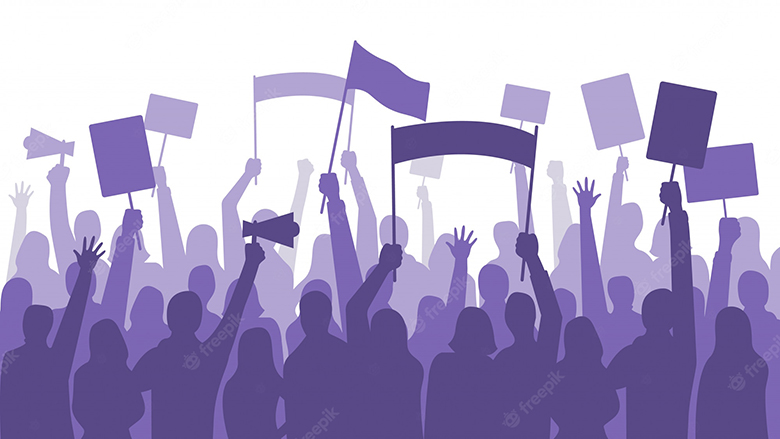 “Moral panic”: this was the expression used 50 years ago by the sociologist Stanley Cohen when observing the disproportionate coverage by the British media of some fights that took place on the beaches between young people of the counter-culture of the 1960s , rockers and mods.

In his book Folk Devils and Moral Panics (never translated into French), the American researcher felt that these brawls were not as significant and interesting to analyze as the process of demonization of young people at work on the side of the media and politicians. .

A similar phenomenon has occurred regularly about universities for several decades, from the fear of communists on campuses in the United States in the 1950s (McCarthyism), to that of feminists and anti-racists in the 1980s-90s , until ‘until today.

Undoubtedly, there are feminists and anti-racists today in the student and teaching bodies at the University (as we found a few rockers and mods on the English beaches of the 1960s), who sometimes criticize such a conference, demand the development of studies feminists or speak out against racism and sexual assault on campus.

But these forces remain clearly in the minority and to understand the balance of power in society, it is above all important to look at some of the panicked and victimized media and political reactions to feminists and anti-racists, who are then called “social justice”. warriors”, “Islamo-leftists” or more recently “wokes” to better denigrate them. This is what Alex Mahoudeau’s book, La panic woke, underlines. Autopsy of a reactionary offensive .

These controversies fuel the forgetting of the ancient and recent past, of narratives based on amplification, exaggeration and hyperbole, whether they speak of “lynching”, “totalitarianism”, or “terror” and are maintained at blow of dozens of interventions of editorialists, chronicles of mood, open letters, false debates and petitions on the same “case” occurred on a campus and of which we know, in fact, very little.

Institutional or political representatives are then invited into these exchanges, for example presidents and ministers , who can compete with outraged declarations or finance conferences , launch commissions of inquiry and research chairs on “freedom of expression and even pass laws to protect it on campuses .

These phenomena of moral panic are therefore based on a set of social mechanisms. The alarm is first sounded by presenting the threat as pure novelty, which stimulates a sense of urgency. Yet the fact that protests are occurring on campuses is not in itself a surprising event. Since the Middle Ages, universities have regularly been places of intellectual, political and religious conflict and students have protested and gone on strike since the founding of this institution.

Two words in the French language refer to this reality: “heckle” and “boycott” a teacher or a class. Over the course of the university’s history, uproar could have been caused by Communists, Republicans, Catholics, Monarchists, or Fascists, depending on the context. Such events occur very rarely, but are nevertheless part of a long university tradition. Today’s polemicists prefer to toss around the English neologism ‘cancel culture’, which is scarier than the word ‘heckling’ and which gives the impression of a generalized problem.

The threat is also fabricated from anecdotes repeated over and over again and by operating a change of scale thanks to formulas such as “we no longer count the cases”.

However, who takes the time to count knows that each year in the United States only a few dozen colleagues are subject to disciplinary measures that could lead to dismissal , out of a total of nearly 1.5 million professors in more than 4,000 academic institutions .

We also discover that, among professors who have been laid off or have had their conferences canceled, some have been laid off for having changed their gender identity , supported a non-mixed event for the African-American community or s to be declared an anti-fascist sympathizer . Colleagues have also been sacked for criticizing Israeli military offensives against Palestinian territories and campaigns are being waged in Canada to prevent the hiring of a professor who defends Palestinian rights .

Surveys also show that whistleblowing campaigns launched by conservative forces are more often successful than those launched by progressives in forcing the cancellation of a conference or the firing of a colleague.

In short, this phenomenon remains ultra-marginal, contrary to what the polemicists repeat in so many forums, but it also affects progressives, which the manufacturers of the “anti-wokes” panic never mention.

Reality is thus distorted when some imply that feminists and anti-racists on campus would arrogate positions and impose their will in teaching and research. An empirical verification shows that there are 80% of men at the head of the 200 most prestigious universities in the world and that men are in the majority in the teaching staff and in the management of research chairs.

The sense of threat is amplified by references to the worst violence in history, such as the witch hunt, revolutionary terror and totalitarianism, while feminists and anti-racists do not exercise violence on the university community. In the West, since the 1990s, the far left has literally been disarmed – there are no longer groups like Direct Action or the Red Brigades) and the armed groups are generally far right .

Conversely, universities associated with the African-American community in the United States received dozens of bomb threats in 2022 and racialized or feminist academics are the target of death threats .

Would this panic be profitable? Since 2021 in France alone, around twenty books have been published denouncing “decolonial”, “Islamo-compatible”, “theories on identity, gender, race, intersectionality”, etc. These books are often presented by publishers or journalists as “against the tide” and “brave”, even if they seem to have come out of the same mold, repeating in chorus that feminist studies and on racism have denied science in favor of of ideology.

Too often relying on a truncated portrayal of the truth, or outright lies , these essays mostly defer to a few anecdotes – an unbolted statue, an equity, diversity and inclusion (EDI) training, or a meeting single-sex on a campus – without presenting the complexity of the university reality or mobilizing empirical surveys to provide figures (which is understandable, since the surveys invalidate the thesis of the university dominated by “wokes”).

However, these fields of study so violently attacked should in reality be welcomed in that they pose new questions and develop new theories , new concepts, new methods of investigation, which should be one of the missions of the university. For the humanities and social sciences, these are the fields that produce the most significant development of knowledge in the most recent decades, which also have positive impacts for society in terms of individual and collective social justice.

Author Bio: Francis Dupuis-Déri is Professor at the University of Quebec in Montreal (UQAM)