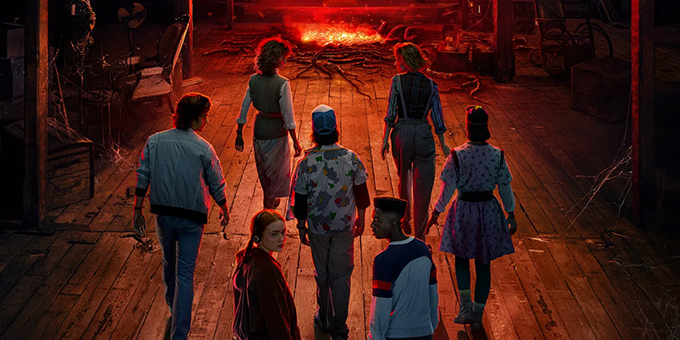 Cinema is a great base of scientific information and can be used as a teaching resource to increase students’ motivation for science.

The sensory impact of moving images usually exceeds that produced by static photographs, which leads to better memory and association reinforcement.

But care must be taken, since its playful nature can make it difficult to apply when there is a lack of rigor in the proposed activities.

Science fiction in the classroom

The genre that contributes the most to science education is science fiction. It brings the scientific reality closer to the students taking advantage of their previous ideas. Fiction and science are compatible worlds: fiction feeds on reality and science needs ingenuity and imagination to advance.

The first thing is to avoid possible illegalities. According to Article 32.3 of the Spanish Intellectual Property Law , the partial reproduction of audiovisual material for educational purposes is allowed. In other words, we can use all film genres as a teaching resource in the science classroom.

Physics and chemistry in series and movies

Examples of series that have brought physics closer to the public are The Big Bang Theory and Lost in Space . The Adventures of Tadeo Jones is a film that connects with the younger audience. A recurring theme is space travel, as in Gravity , Mars or Interstellar , where we find constant references to modern physics. Also, why not, we can include the paths of “the force” from the Star Wars saga .

Currently, physics in the cinema is common, but chemistry is camouflaged between images, without significant evidence. However, we find examples such as Bones , a well-documented series based on forensic science, Breaking Bad , whose protagonist is a chemistry teacher, and the movie Fight Club , where the manufacture of soap by saponification is detailed.

To adapt the resource to the educational stage, to the time, to the context and to the legislation, we propose to use brief sequences. The selection of these is a critical point. For 4th ESO Physics and Chemistry, we have selected a fragment from the series Stranger Things

The use of film material in secondary education is not as common as in university, although there is enough data to prove its advantages.

The scene that we propose takes place from minute 22 to 32 of chapter 7 of the first season . The protagonists want to generate a portal so that Eleven, the main girl who has extrasensory powers, can contact a friend trapped in a different reality.

Their science teacher explains to them over the phone how to create the right portal: they need to build a sensory deprivation tank with a highly concentrated saline solution. They prepare the solution by adding common salt until an egg floats. Eleven must also float.

The protagonists have 700 kg of salt, which they have to dilute in the volume of water that enters a children’s pool and at a specific temperature. The children place the pool on a basketball court, fill it with water and add salt. One checks with an egg if the concentration is sufficient by applying the concept of buoyancy and its relationship with density.

On the first try, the egg sinks. In everyday life, this phenomenon is observed when cooking an egg. However, after adding more and more salt, he exclaims… “Eureka!” The egg floats.

“Eureka!” is the expression attributed to Archimedes of Syracuse when he discovered that every body immersed in a liquid experiences a vertical and upward thrust equal to the weight of fluid displaced. If this push counteracts the weight of an object, the object floats.

The image of the floating egg is the most significant and arouses the curiosity of the viewer and, of course, the science student. The sequence ends when Eleven enters the pool and floats. 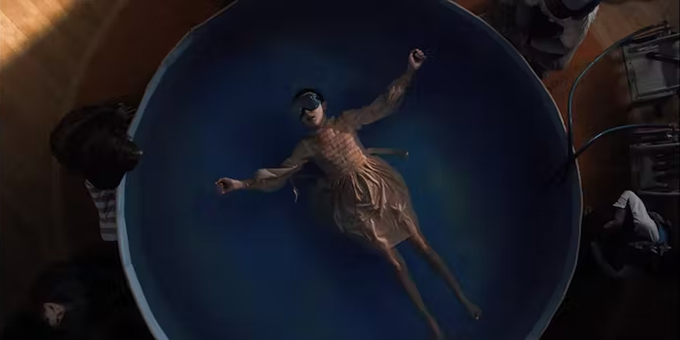 Eleven floats in a pool of water and common salt. Stranger Things. Netflix

From here, you can induce the student’s reflection through questions and predict whether or not it is feasible for the egg to float in a stable manner.

The density of the final solution must be calculated. You need to know the amount of water in the pool. For this, Fermi-type estimates are applied , since the information of the scene is very limited. The student, like a detective, will look for information between the frames.

For example, the diameter of the pool can be estimated using the frame in Figure 2: the pool appears inside the center circle of an American basketball court (3.6 m).

You also need to know the solubility of the salt, which is temperature dependent. This value is obtained from another frame, one of the children holds a thermometer where the temperature can be read.

Incidentally, analysis of the data will indicate that the salt solution is not saturated. All images can be shown to have scientific rigor.

This sequence of Stranger Things is also much more than science: it promotes relationships of respect among equals, curiosity to learn and experiment, and gives a vision of a science teacher who is friendly and involved with his students.

This is just one example of what we can find among the wide range of possible sequences. The purpose is always to increase motivation and curiosity about science.

Author Bios: Beatriz Garcia Vassal is Professor in the Electronics Area (Department of Applied Physics) and Patricia Desire Aldonza Cimas is Professor of Secondary Education specializing in Physics and Chemistry both at the University of Salamanca