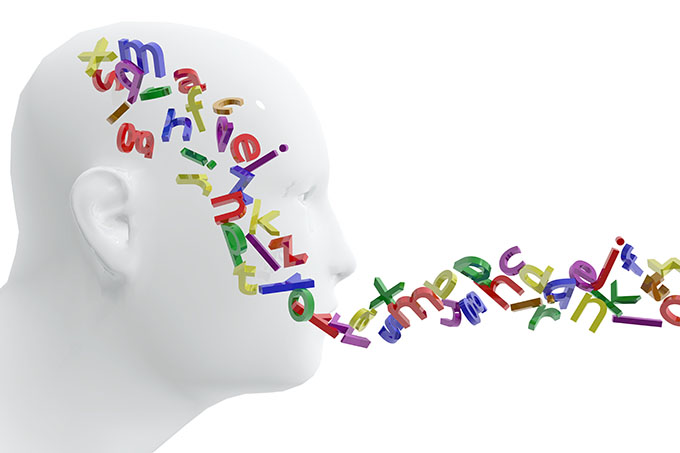 It is increasingly common in this society or, at least, in this country, to divide the intellectuals – and their students – into two great branches of knowledge: letters and sciences, as if the former were not scientific and the latter not they would have a certain domain of humanistic knowledge that has led us to the scientific advance we enjoy today.

This division is dangerous at least for two reasons. The first, and perhaps most evident, is the certain contempt that is sometimes felt by the humanities disciplines; We are all aware that the brightest students in the Baccalaureate are sent to the careers of the scientific-technological branch, no matter what their interests are.

If you are smart, to science

How are you going to waste a head like yours in studying History? These students can listen to their friends, family, teachers or counselors of the center where they study. It contributes, in this way, to disregard the knowledge, critical spirit or freedom of thought that will be so necessary in a future in which the labor market will have changed, without a doubt, and will need graduates with a solid and versatile education, such as it is the humanistic formation.

The second reason why this division is not adequate is that, in fact, there are disciplines cataloged within the branch of Arts and Humanities that are science in the strictest sense of the word. And although there are several, I will refer to the one I know: Linguistics.

What is a scientific discipline?

To understand if a discipline can be considered scientific we have, first, to be able to define what a science is. The dictionary of the RAE defines this word in its first meaning as “A set of knowledge obtained through observation and reasoning, systematically structured and from which principles and general laws with predictive capacity and experimentally verifiable are deduced”.

Thus, science is conceived as a process, and not as a result. All scientific disciplines are distinguished, at least, by having an object of study (which differentiates one from another) and by following a scientific method .

I will refer to the first characteristic in the next section, while in this I will enumerate the steps that the scientific method has to follow.

There is a certain consensus in the scientific community that all disciplines must follow a common method that consists of five steps: observation, hypothesis, experimentation, theory and law.

With the observation we collect facts about a phenomenon that defines our object of study. The observation of the phenomenon allows us to advance a hypothesis , which we can define as a first explanation of the facts. The hypothesis must be put to the test in the third step, the experimentation , which allows us to check if the data fit the hypothesis. This step allows us to check our hypothesis or modify it if necessary and, from it, formulate a theory , which has been confirmed by experimentation and explains a greater number of phenomena than the hypothesis. Finally, a law is enacted that can be considered a hypothesis where more facts have been demonstrated, which allows making predictions about future events and that is more likely to be proven.

The scientific method is revealed, then, as the safest not only to describe and discover the processes that govern our world, but also to understand the why of these processes.

Another fundamental characteristic of the scientific method is that hypotheses must always be refutable; in this way, the scientist must also detect the possible problems of his hypothesis and give them a solution or propose a new explanatory hypothesis. In this way, the method of science is also that of trial and error.

By way of conclusion to this section, we can say that a science is defined by, at least, three characteristics:

Linguistics and its different approaches

From what has been said above, it is worth wondering if Linguistics is a science in the strict sense; the answer will be affirmative if he studies an object of the natural world, if he follows the scientific method and, finally, if his hypothesis is refutable.

To begin, I have to explain that Linguistics is a discipline that encompasses a multitude of contents. When you decide to devote yourself to the study of language or languages ​​in depth you can choose many and very different approaches.

Thus, among other options, the researcher interested in how the social variables condition the uses of the language will do Sociolinguistics . The one who is interested in the changes that the language is suffering throughout history will opt for diachronic linguistics ; scientists who are more interested in how children acquire their mother tongue will dedicate themselves to the acquisition of language and those who dedicate themselves to ensuring that machines can process a natural language will do Computational Linguistics .

Until the twentieth century, reflections on language in general, and grammar in particular, were more focused on scholarly knowledge.

In the Middle Ages, the liberal arts (those that got rid of manual work) were seven that were grouped within the Trivium (Grammar, Rhetoric and Dialectic) and the Quadrivium (Arithmetic, Geometry, Astronomy and Music ).

During the following centuries, the study of grammar underwent several changes, but it was not until 1916, with the publication of the Course of General Linguistics, by Ferdinand de Saussure , when Linguistics reached the category of science for the first time; the reason for this is that Saussure made explicit what is the object of study of this discipline: language, which he himself studied following the scientific method and defining it as a system.

However, the real revolution in this discipline came in the middle of the last century with the appearance of Noam Chomsky and what we know as Generative Grammar. So far, the explanations about languages ​​focused on the use that humans made of them (their function) and grammars were conceived as systematic descriptions of different languages.

Chomsky showed that there is really only one human language and different languages ​​are but variations of this. For this he showed that language is a human faculty that is situated within the brain and not in the sphere of the social, that is, outside of it (which explains why children are able to construct sentences of great complexity before being able to tying shoes or making very simple sums), recovering in this way the rationalist theories of Descartes and other authors.

Language, object of the natural sciences

Therefore, the existence of a language subsystem is proposed, which must be approached in a similar way to how other subsystems of the mind, such as vision, are studied. From this moment, the language becomes a natural object of the world that, therefore, has to be studied as an object of the natural sciences.

From what has been said, and returning to the initial question, we can affirm that Linguistics is a science for the following reasons: first, it has an object of study, language.

It is true that the approach to this varies depending on the discipline studied: if we dedicate ourselves to Grammar we will be studying language as an object of the natural world, if we opt for Sociolinguistics, for example, we will approach the most social version of the languages.

In any case, and whatever the approximation, the observation of the language is done from a rigorous perspective and following the scientific methodology indicated above.

Finally, the theories raised in the different areas of Linguistics are always refutable, which allows the discipline to undergo progress.

In this way, the role of the linguist – at least of most linguists – is not to determine what is well said and what is not, or to establish which words should carry tilde (prescriptive linguistics); neither is knowing many languages. The linguist, as a scientist, is responsible for observing languages ​​and establishing descriptions of their behavior (descriptive linguistics).

Finally, through the establishment of generalizations is intended, ultimately, to propose explanations for the behavior of languages ​​(explanatory Linguistics) that allow us to better understand the language from different approaches.

If we understand that language is the faculty that makes us human (only human beings speak), then the knowledge of language will bring us closer to a better understanding of the human essence.

As I once heard from Victoria Escandell-Vidal , Linguistics is, therefore, the most human of all sciences and the most scientific of all the humanities.

Author Bio: Silvia Gumiel Molina is a Tenured Professor of Spanish Language at the University of Alcalá