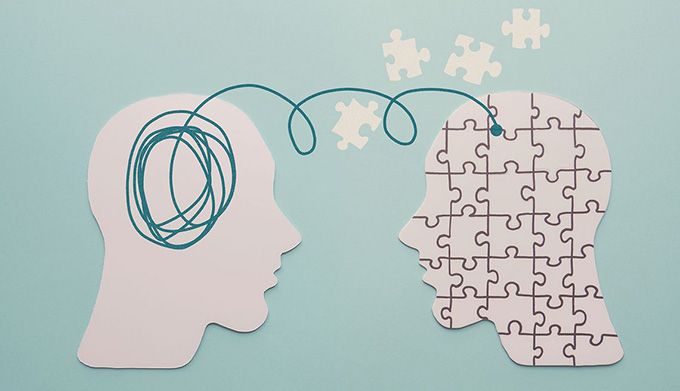 When we are young, we learn our first language without much effort and quite quickly: towards the end of early childhood, children have a linguistic competence similar to that of an adult. That is, at 6 years old children can participate in a conversation, ask questions, answer them, etc.

One of the things that is learned for this to happen is morphosyntactic knowledge: the rules that exist in a language to build words and phrases. Among other aspects, children learn to correctly use agreement in grammatical gender.

For example, they know to say “a black car” and “a small table”. According to different studies , this learning occurs around the age of 4.

The morphosyntax of a second language

It may seem that these concordance errors in grammatical gender do not have much importance when it comes to understanding what a person tells us. But some studies have found that our brain processes information differently when it receives a message containing a mismatch (a white house) than when the message is grammatically correct (a white house).

Grammatical gender in the native language

One of the reasons for this complexity is the absence of grammatical gender in our native language. Thus, for example, in English words are not classified as masculine or feminine according to their final vowel. Therefore, when English speakers begin to learn Spanish, they have to realize that any word belongs to one class of nouns (masculine) or to the other (feminine) and that, depending on the class of the word, they are going to be modify others that accompany it in a sentence.

Differences in the systems of grammatical gender in the native language and the foreign language may also explain the difficulty of the process. Some languages, for example the Romance languages, classify words into two classes: masculine and feminine. Other languages ​​(German or the Slavic languages) distinguish between three classes of nouns: in addition to the two mentioned above, there are also words of neutral gender. Thus, if a Spanish speaker is going to learn German as a second language, she will tend to ignore the neuter.

At the initial levels, second language learners tend to transfer the grammatical gender of words in their native language to words in the foreign language. For example, in Russian the word “nos”, which means “nose”, is masculine. Thus, when Russian people begin to learn Spanish as a second language they may make concordance errors by saying “a small nose” instead of “a small nose”.

Or, also, a native speaker of Spanish, when speaking English, can speak of a frog with the pronoun “she”, since the word “frog” in Spanish is feminine, although in English it is not, and its pronoun would be ” it” as for all animals.

The difficulty of gender in Spanish

Another type of difficulty that can occur when we learn a second language is related to the language itself. As we have already mentioned, some words in Spanish allow us to identify their grammatical gender, although not all. Thus, the words “milk” and “coche” have the same final vowel: -e, but belong to two different grammatical gender classes.

In short, learning a foreign language and, more specifically, the grammatical gender, is not easy, since there are several factors that influence this process. However, by being consistent and spending time acquiring a second language, it is possible to reach a near-native level of proficiency and not make gender-agreement errors.

Author Bio: Anastasiia Ogneva is a PhD Assistant Professor at the University of Santiago de Compostela