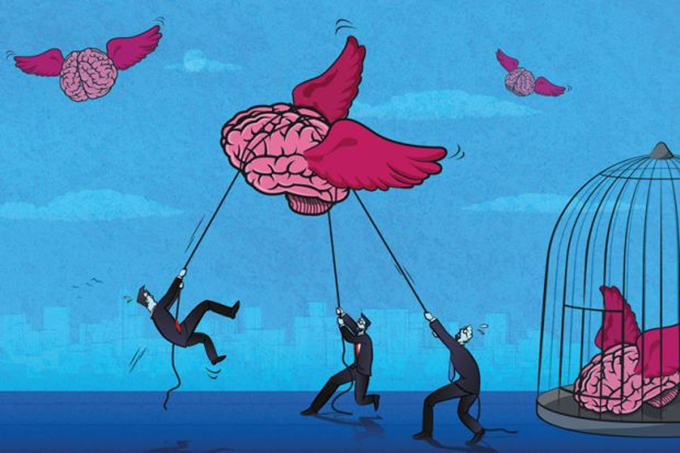 In October 2021, the university’s Committee on Academic Freedom issued a report that examined academic freedom, freedom of expression, equity, diversity and inclusion — and the legal aspects of these issues.

This work was set in motion after controversy surrounding a professor who used a derogatory word for Black people in class.

The committee’s report, and wider commentary about the University of Ottawa controversy, point to the need for greater public discussion to understand how academic freedom relates to responsibility.

As a PhD researcher who examines structural and systematic racism embedded in social institutions, including in education systems, I believe it’s critical to consider failures to understand academic freedom as an ethical concept, rather than simply a neutral objective standard.

Role of responsibilities, ethics in freedom

But as University of Ottawa’s Committee on Academic Freedom noted, universities’ definitions and policies vary, sometimes significantly, in the ways they spell out wider rights, responsibilities, obligations and limits — or how academic freedom relates with equity, diversity or ethics.

The University of British Columbia distinguishes between freedom of expression — protected in Canada under the Charter of Rights and Freedoms — and academic freedom in an FAQ about these issues on the university website:
“Most significantly, academic freedom is not a legal right, but rather a right or a privilege bestowed by an institution of higher learning. It might best be construed as an ethical right, insofar as it serves good ends: the advancement and dissemination of knowledge.”
When speakers seek to responsibly disseminate knowledge, they must be aware of who they’re speaking to, and how what they’re saying may resonate.

In October 2020, after the University of Ottawa classroom incident, Québec Premier François Legault criticized the university for suspending the professor at the centre of the issue.

As a fully bilingual university close to the Québec border, the University of Ottawa has close connections with the province.

At a news conference, the premier said, “I don’t think there should be banned words,” and “It’s as if [the university] has … censure police.”

The premier’s comments illustrated power and privilege. Their wider related effects, including discussion around Québec’s commission to study academic freedom, have added to the division among professors and students at the University of Ottawa.

In its report, the University of Ottawa’s Academic Freedom Committee made several recommendations, including:

I’m specifically concerned about what this last point will mean, especially given that the report’s recommendations don’t address how professors need to demonstrate self-awareness of their own social positions in how they exercise responsibility.

More discussion is needed about how power shapes identities and access to learning. Communities also need to consider students who experience moral injury when people use irresponsible language and are unaccountable for their privilege.

In June 2021, the Black, Indigenous and People of Colour Professors & Librarians Caucus Working Group at the University of Ottawa made a submission to Committee on Academic Freedom. It stressed that notions of academic freedom cannot be divorced from respect for dignity and integrity in the classroom. This caucus also made ample suggestions about practical ways to urgently tackle systemic racism at the university. This is necessary for creating safer spaces for all community members.

As interdisciplinary scholar Farhana Sultana argues, some academics participate in the erosion of academic integrity when they apply “scholarly” veneer to hateful ideologies. She writes:
“At a time when there are concerted efforts to decolonize academia, there is concurrent rise of colonial nostalgia and white supremacy among some academics, who are supported by and end up lending support to the escalating far-right movements.”
To fully and freely engage in dialogue in the classrooms, professors must recognize different aspects of their identities such as race, gender, sexuality, language — and consider how what they say may resonate among varied groups.

Educators seeking to balance the need for sincere and challenging dialogue and responsibility have explored the notion of moving from safe spaces to “brave spaces.”

In the article, “From Safe Spaces to Brave Spaces: A New Way to Frame Dialogue Around Diversity and Social Justice,” student affairs educators Brian Arao and Kristi Clemens define safe space as “a learning environment that allows students to engage with one another over controversial issues with honesty, sensitivity and respect.” They also explore how the notion of safety can become conflated with comfort.

Arao and Clemens argue that education about difficult issues may be shocking and uncomfortable, but it’s possible to do so in respectful ways through social justice teaching practices that foster diversity and inclusion. Other researchers have developed these ideas further.

There is an ethical responsibility by professors to provide space for challenging discussions. This necessarily includes not perpetrating old structures that were built on casting out marginalized groups. Professors have a responsibility not to humiliate racialized students or use racist or discriminatory language.

Standards of ethical and professional behaviour have progressed, and the practice of academic freedom should adapt.

As anti-racist and feminist scholar bell hooks also argued, what’s needed is learning how to teach students to transgress against racial and class boundaries that promote white supremacy or a hierarchy of human dignity.

I remain hopeful that with ongoing collaborative engagement from administrators and policy-makers, change will occur in our educational system.