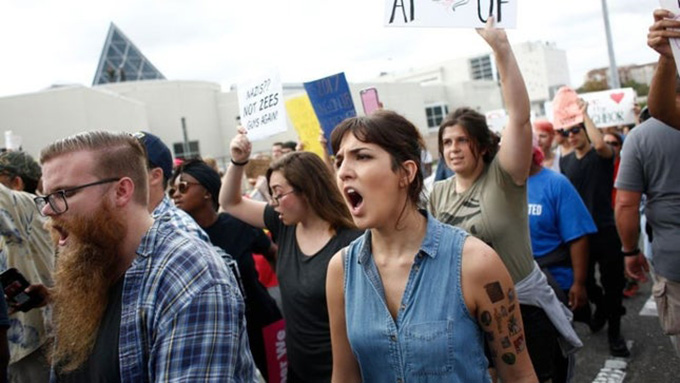 Universities around the world are increasingly under threat from governments restricting their ability to teach and research freely. Higher education institutions are being targeted because they are the home of critical inquiry and the free exchange of ideas. And governments want to control universities out of fear that allowing them to operate freely might ultimately limit governmental power to operate without scrutiny.

My recent report, co-authored with researcher Aron Suba for the International Centre for Not-for-Profit Law, has found evidence of restrictive and repressive government measures against universities and other higher education institutions in more than 60 countries.

This includes government interference in leadership and governance structures to effectively create state-run institutions that are particularly vulnerable to government actions. It also includes the criminalisation of academics for their work as well as the militarisation and securitisation of campuses through the presence of armed forces or surveillance by security services. We also found evidence that students have been prevented from attending university because of their parents’ political beliefs, while others have been expelled or even imprisoned for expressing their own opinions.

Some of the more shocking examples of repressive practices have been widely publicised, such as the firing of thousands of academics and jailing of others in Turkey. But much of what is happening is at an “administrative” level – against individual institutions or the entire higher education system.

There are examples of governments that restrict access to libraries and research materials, censor books and prevent the publication of research on certain topics. Governments have also stopped academics travelling to meet peers, and interfered with curricula and courses. And our research also found governments have even interfered in student admissions, scholarships and grades.

Hungary provides a particularly glaring recent example of government interference with university autonomy. The politicised targeting of the institution I work at –- Central European University –- has been well documented. But the government has also recently acted against academic life in the country more broadly. It has effectively prohibited the teaching of a course (gender studies) and taken control of the well-regarded Hungarian Academy of Social Sciences.

What makes the Hungarian example especially disturbing is that it is happening within the European Union – with seemingly no consequences for the government. This is despite the EU Charter of Fundamental Rights which states that: “The arts and scientific research shall be free of constraint. Academic freedom shall be respected.” Meanwhile the Hungarian government still has all the privileges of being an EU member state, which includes receiving large sums of EU money.

The inexplicable failure by the EU to enforce its own standards is particularly troubling and helps to normalise this behaviour. Indeed, there are clear signs such repressive practices are spreading. Anti-human rights legislation, policy and practice that begins in one country is frequently copied in another. Anti-civil society legislation recently adopted in Hungary and Israel, for example, which aims to stop protests and minimise the number of organisations receiving funds from abroad, was previously adopted in Russia.

Repressive practices against universities are starting to spread in Europe. Earlier this year it was reported that the Ministry of Justice in Poland planned to sue a group of criminal law academics for their opinion on a new criminal law bill.

The freedom of academics and university autonomy is not entirely without scrutiny. There are some excellent organisations, such as Scholars At Risk and the European University Association who actively monitor this sector. But, at an international level, university autonomy is rarely raised when governments’ human rights records are being examined. And there is no single organisation devoted to monitoring the range of issues identified in our recent report.

Without proper monitoring, universities, academics and students are even more vulnerable because there is little attention paid to these issues. And there is little pressure on governments not to undertake repressive measures at will.

A global monitoring framework is needed, underpinned by a clear definition of university autonomy. The UN and EU institutions also need to pay more attention to the dangers that such attacks on universities pose to democracy and human rights. A stronger line against governments who are acting in violation of existing standards should also be taken.

Universities should be autonomous in their operations and exercise self-governance. These institutions are crucial to the healthy functioning of democratic societies. Yet academic spaces are closing in countries around the world. This should be a concern for all. The time for action is now, before this trend becomes the new norm.