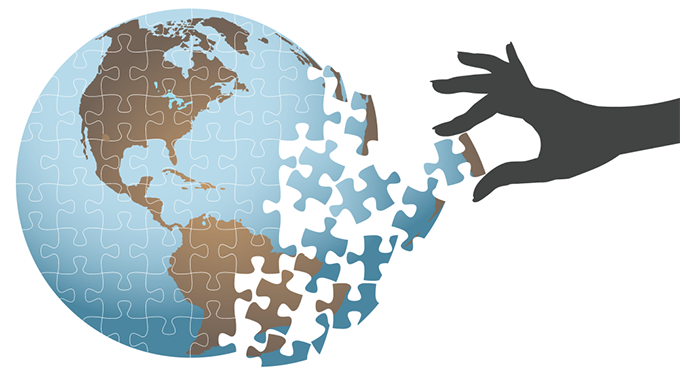 The news last month that the UK government is cutting its international aid budget has caused consternation within the higher education sector. International aid money is currently being used to support UK Research and Innovation projects including the £1.5 billion Global Challenges Research Fund (GCRF). But while universities benefit from this funding stream, the redirection of foreign aid money into university-led research projects poses serious risks for academic freedom and the role of the university.

The promotion of so-called grand or global challenges has been a growing trend for the best part of 20 years. The Bill and Melinda Gates Foundation launched its Grand Challenges in Global Health programme in 2003. The UK Department for International Development’s future challenges programme was rolled out in 2009 and the GCRF came on stream in 2015, with themes including equitable access to sustainable development; sustainable economies and societies; and human rights, good governance and social justice.

This funding bonanza has encouraged universities to establish their own lists of grand challenges, for the funding of which they have also targeted the support of philanthro-capitalists. UCL, for example, is committed to global health, sustainable cities, cultural understanding, human well-being, justice and equality, and transformative technology.

The GCRF, in particular, is a symbol of the way in which university research is being aligned with a set of social and political values connected with global social justice. A lot of academics sympathise with the objectives of interdisciplinary collaboration to address ills such as poverty, climate change, conflict, migration and environmental change. Yet such justice globalism is an ideology that stands in stark contrast to market globalism – the belief that we should rely on the free market to bring about change.

The point here is not about which of these ideologies is right or wrong but the fact that universities and academics are being lined up squarely behind just one of them. Ironically, while many in the academic community are critical of neoliberal managerialism in the university, the ascendancy of justice globalism means that academics are being “responsibilised” to ensure their research fits the government’s development goals. “Responsible” citizens recycle, use green energy, avoid air travel, exercise regularly and so on; a “responsible” researcher now addresses global challenges promoted by universities and government.

Given that grant-getting is now central to academic promotion, academics risk harming their career prospects if they do not engage enthusiastically with this agenda. This is a subtle but serious way in which academic freedom is compromised. Even if academics are willing to be ideologically compliant with justice globalism, many can find that their research fields or interests do not neatly dovetail with any particular grand or global challenge.

It is a conceit for universities to see their role as trying to change the world. This is a trap that the American educator Abraham Flexner identified nearly a century ago. In his 1930 book Universities: American, English, German, he argued that in the process of trying to solve existing problems, researchers will inevitably create new ones. An obvious example is the way in which medical science has helped to lengthen lifespans, making caring for an ageing society a new problem.

Conversely, many scientific contributions have no immediate or apparent application to a current problem. But such theoretical or “useless” knowledge can often prove to be among the most “useful”, Flexner argued in a 1939 article, “The usefulness of useless knowledge”. So instead of making researchers “responsible” for the world’s problems, their positive “irresponsibility” is what best serves our collective interests, he argued in Harper’s Magazine.

For-profit businesses have exploited and sought to domesticate the counter-culture of radical activism ever since Coca-Cola’s iconic “I’d like to buy the world a Coke” television advertisement way back in 1970. But rather than trumpeting their corporate commitments to grand challenges as part of their own marketing and PR strategies, universities would be better advised to resist this corporatisation of activism.

Sanctifying any set of beliefs risks repeating the mistakes of history. Russian, German and Italian universities became mercenaries in the service of Communism and Nazism in the 1930s. Universities will argue that they are on the right side of history this time but this is not simply about choosing the right or wrong cause to support. The point is that supporting any cause is a danger to academic freedom. As the great American sociologist Talcott Parsons warned, universities need to avoid making specific value commitments no matter how tempting and in vogue they might be.

Global or grand challenges narrow rather than broaden the horizons and potential benefits of research. The job of universities is to resist attempts to politicise the research agenda, not to save the world. Preserving and protecting the conditions necessary for academics to pursue the truth is the only shrine at which they should worship.