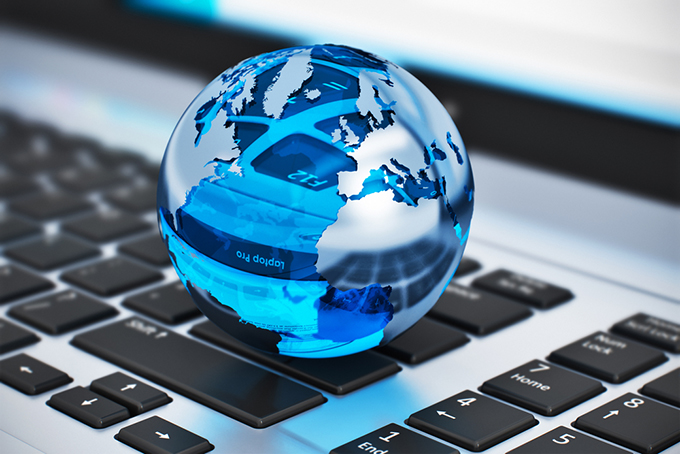 New digital systems – the emerging shape of Web 3.0 – could be the means for large numbers of people both to get access to affordable higher education and to use the skills they acquire to create wealth.

This opportunity is particularly significant for countries in Africa, where systemic exclusion from financial services and traditional universities combine to form a poverty trap. But much depends on whether Web 3.0 develops as an open, peer-to-peer system of transactions, or whether it is captured – “permissioned” – by established interests.

The foundation for these new digital systems is a method for making secure, online transactions called the blockchain. “A blockchain is a publicly shared immutable ledger – an append only log of transactions which uses crypto-currency techniques to minimise any security risk,” explains John Domingue, the director of the Open University’s Knowledge Media Institute.

“Transactions are contained in blocks which are linked together through a series of hash pointers. Any tampering of a block can be detected since the hash pointer to it would no longer be valid. As a ledger system it is very open. In addition to the source code being openly available a key feature of blockchains is that in principle every user has their own copy of the entire blockchain.”

The blockchain is widely associated with Bitcoin, the first digital currency, invented by the pseudonymous “Satoshi Nakomoto” in 2008.  But the technology has come a long way since then.

New platforms – notably Ethereum, launched last year – offer sophisticated “smart contracts” that allow anything of value to be exchanged securely between multiple parties. Big financial institutions have recognised the disruption that blockchain applications will bring to their traditional ways of doing business and are investing heavily in “permissioned” systems that they can control.

Universities are experimenting with providing qualifications on the blockchain; MIT has released a new open standard, “Blockcerts”.

A key question, across all these areas of application, is not whether blockchain systems will be used, but rather how they will be used. Bitcoin was born in the midst of disillusionment with the financial institutions that had betrayed the trust of their clients; the purpose of the blockchain was do do away with the need for banks. Not surprisingly, financial institutions are investing heavily to stop this happening and to tame the technology for their own purposes.

Similarly with universities. Will new and sophisticated platforms such as Ethereum be used to widen access to education, allowing students to define and assemble their own mix of qualifications across a range of courses of their choice, from different institutions? Or will the new technology be used by universities to reinforce control, following the lead of the big banks?

Appropriately, given its history and mission, the Open University is leading on developing the blockchain as an open platform that can widen access to education. Professor Domingue and the Knowledge Media Institute see applications that go well beyond the validation of qualifications. In this sketch for the future, a student would contract with a university for a course and its fee, and for a credit value once the completion conditions have been met; the kind of “smart contract” that is now available on the Ethereum platform.

While there are evident implications for online learning, this model for blockchain-based delivery is not restricted to online courses. For example, the Knowledge Media Institute’s prototype could be an effective way of providing Britain’s Advanced Apprenticeships, for which components of the programme have to be delivered by a number of organisations.

The point of an open blockchain is to give a person secure and dependable control of their assets, whether money, an educational qualification, a work of art or anything else of value. This should reduce or remove inappropriate controls by intermediary organisations, whether financial institutions that are profiting from unnecessary transaction fees or universities more concerned with their reputation than with students’ needs.

As blockchain applications widen beyond digital currencies, enabling an increasing range of transactions, these new benefits should support one another.

In particular, more equitable opportunities for managing financial assets could be linked with a person’s investment in education and with the returns that they can hope to get from the successful completion of a course, and the attainment of a qualification. This is where specific opportunities lie for widening access to education and to the benefits that follow.

Across Africa, a set of interconnected barriers currently limit a person’s ability to get access to, and benefit from, higher education. There are insufficient places at traditional campuses that provide qualifications that are recognised in the labour market. Access to any form of education may be unaffordable. And many lower income families are excluded from financial services that are taken for granted in highly developed economies, and particularly everyday forms of loan financing.

New and emerging blockchain technologies have the potential to remove these barriers.

For those needing access to higher education from middle and low income families in developing economies, the Knowledge Media Institute’s “student first” vision for blockchain-enabled provision is good news, for three reasons.

First, someone unable to study in the traditional way could put together a portfolio of courses offered by a range of institutions and assembled as a cohesive curriculum by an enabling partner organisation, such as the Open University. The Knowledge Media Institute already has a prototype for assembling micro-credentials – or “badges” – in this way. There is no reason why a programme of study delivered through a blockchain should not have a progressive coherence that is as good as the set of credit-bearing modules that make up a traditional degree.

Second, digital currencies could make the financing of education a possibility for low-income communities.

An estimated one in 10 people worldwide send remittances from one country to another and the World Bank estimates that remittances to developing economies totalled $431.6 billion last year, several times more that the global aid budget. Fees can be up to 20 per cent and vary by region; transmission fees to sub-Saharan countries are the highest.

As Don and Alex Tapscott show in Blockchain Revolution, published earlier this year, new generation smart contracts and digital currencies will allow direct, peer-to-peer transactions that remove the need for almost all transmission fees, and prevent banks from profiting from remittance flows. For those in sub-Saharan Africa, this will have the effect of increasing the value of remittances by between 10 per cent and 20 per cent, increasing the disposable income available for the costs of education.

Third, while the successful completion of a qualification has evident value in the labour market, much of the projected growth for economies across Africa is in the small and medium business sector. Here, a major constraint is lack of access to the loan finance that is a taken-for-granted in the developed world.

From Nairobi’s vast jua kali markets to Cape Town’s townships, small businesses are cold-shouldered by banks because they do not have the collateral needed to secure the loans that are essential for growth. This, in turn, acts like a tourniquet on the economy as a whole, limiting job creation, consumption and exports and the tax revenues needed for infrastructure development.

An obvious form of collateral for a loan is property. At present, though, large numbers of households in Africa lack formal title to their land or the buildings on it.  Economist Hernando de Soto has long advocated extending title to property as a key lever for countering poverty and economic exclusion. De Soto sees blockchain technologies as providing unprecedented opportunities for extending financial services to small enterprises in developing economies.  In this perception of future possibilities, title to land and buildings could be secured by secure and straightforward smart contracts, in turn providing collateral for loans and other financial services.

“We envision a world in which the awarding and validation of qualifications no longer occur exclusively under the management of an education institution or an employer and individual students, teachers, and peers take more ownership of the learning experience and its outcomes without compromising on safety, security, and accessibility,” says Professor Domingue. “We believe that blockchain technologies may hold an answer to collating the outcomes of this new distributed learning reality and we intent to explore the possibilities that this infrastructure could provide.”

This vision is certainly worth fighting for.

Author Bio: Martin Hall is emeritus professor in the Graduate School of Business, University of Cape Town, and former vice-chancellor of the University of Salford.