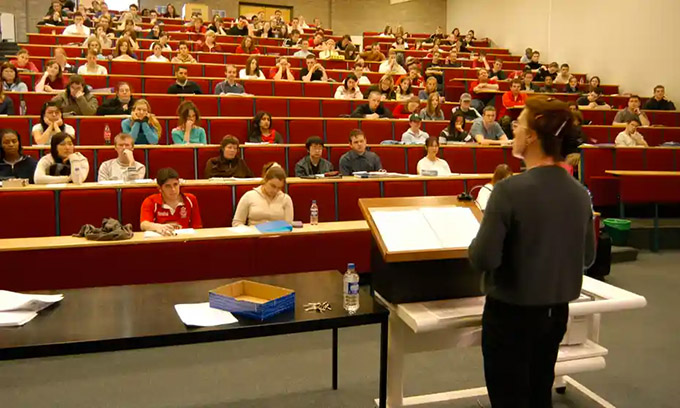 Threats, intimidation and misogyny have long been a reality for women in public life around the world, and the pandemic appears to have amplified this toxic reality.

Aotearoa New Zealand is led by one of the world’s best-known female prime ministers, Jacinda Ardern, and was the first country in the world to grant all women the right to vote.

Yet even here today, attempts to silence, diminish and demean the prime minister, female MPs and other prominent women have plumbed new depths, leading to calls for more robust policing of violent online and offline behaviour.

Unfortunately, the phenomenon extends well beyond elected representatives and public health professionals into most workplaces, including academia.

Women working in universities, including those in positions of academic leadership, are also routinely subjected to online vitriol intended to shut them down – and thus to prevent them exercising their academic freedom to probe, question and test orthodox ways of making sense of the world.

One of the commonest defences of abusive or threatening language (online or not) is an appeal to everyone’s right to free speech. And this has echoes within universities, too, when academic freedom becomes a testing ground of what is acceptable and what isn’t.

A duty to call it out

The international evidence indicates that almost all of this behaviour comes from men, some of them colleagues or students of the women concerned.

The abuse comes in various forms (such as trolling and rape or death threats) and takes place in a variety of settings, including conferences. It is enabled by, among other things, the hierarchical nature of universities, in which power is stratified and unequally distributed, including on the basis of gender.

As male academics we have an obligation not just to call out these sorts of behaviour but also to identify some of the corrosive consequences of the misogyny directed against women academics, wherever they may work.

We need to use our own academic freedom to assess what can happen to that of academic women when digital misogyny passes unchecked.

Whose freedom to speak?

Misogyny in university settings takes place in a particular context: universities have a statutory obligation to serve as producers and repositories of knowledge and expertise, and to act as society’s “conscience and critic”.

Academic freedom is what enables staff and students to carry out the work through which these obligations are met. This specific type of freedom is a means to various ends, including testing and contesting perceived truths, advancing the boundaries of knowledge and talking truth to power.

It is intended to serve the public good, and must be exercised in the context of the “highest ethical standards” and be open to public scrutiny.

A great deal has been written about threats to academic freedom: intrusive or risk averse university managers, the pressures to commercialise universities’ operations, and governments bent on surveilling and stifling internal dissent are the usual suspects.

But when women academics are subjected to online misogyny, which is a common response when they exercise academic freedom, we are talking about a different kind of threat.

Opinion: Misgendering students is not "academic freedom." It’s an abuse of power. https://t.co/AatNwzrnB1

The misogynists seek to silence, shut down, diminish and demean; to ridicule on the basis of gender, and to deride scholarship that doesn’t align with their own preconceptions of gender and body type.

Their behaviour is neither casual nor accidental. As journalist Michelle Duff put it, it is intended to intimidate “as part of a concentrated effort to suppress women’s participation in public and political life”.

Its aim is to achieve the obverse of the purpose of academic freedom: to maintain an unequal status quo rather than change it.

It is to the credit of women academics that the misogynists frequently fail. But sometimes the hostility does have a chilling effect. For a woman to exercise her academic freedom when she is the target of online threats to rape or kill requires considerable bravery.

Women who continue to test perceived truths, advance the boundaries of knowledge and speak truth to power under such conditions are academic exemplars. They are contributing to the public good at considerable personal cost.

The online misogyny directed at women academics is taking place in a broader context in which violent language targeting individuals and minority groups is becoming increasingly graphic, normalised and visible.

We do not believe the misogynistic “righteous outrage” directed at academic women is justified under the statutory underpinnings of freedom of speech.

Freedom of speech – within or beyond a university – is not absolute, and to the extent that it is invoked to cloak violent rhetoric against women, existing constraints on that freedom (which are better thought of as protections for the targets of misogyny) need strengthening.

Men who engage in online misogyny almost always speak from an (unacknowledged) position of privilege. Moreover, by hiding their sense of entitlement behind core democratic notions, their self-indulgence does all of us a disfavour.

With academic freedom comes the moral responsibility to challenge misogyny and not stay silent. What so many women across New Zealand’s tertiary sector are subject to poses a challenge to men everywhere.

The kind of conduct our women colleagues are routinely subjected to is the sort of behaviour at the heart of Greg McGee’s seminal critique of masculinity and masculine insecurity in New Zealand, the play Foreskin’s Lament. In the final scene of the play, the main character stares out at the audience and asks: “Whaddarya, whaddarya, whaddarya?”

He might have been asking the question of every man, including those of us who work in universities.