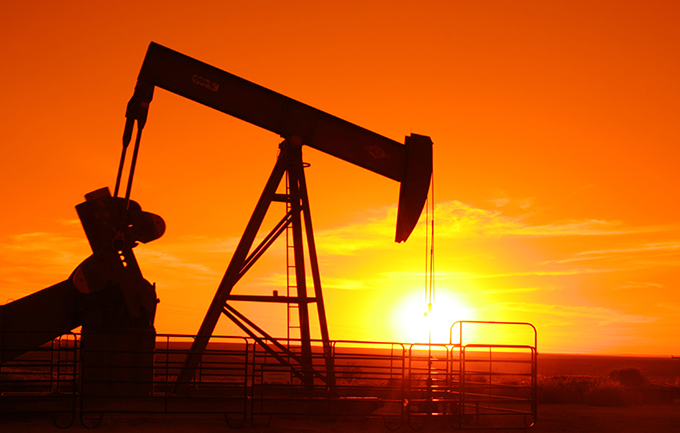 Donald Trump tweeted something true recently. Responding to the protests in Iran, the US president stated that “The people are finally getting wise as to how their money and wealth is being stolen and squandered.” Trump’s point is correct: what vice-president Mike Pence called Iran’s “unelected dictators” really have been stealing the oil that belongs to the people and spending the money for their own purposes, including (as Trump also said) “to fund terrorism abroad”.

Though right about Iran, Trump’s tweets have been too selective. In neighbouring Saudi Arabia, an ally of America’s, the elite spends public money gained from selling off the country’s oil. There, as in Iran and elsewhere, the people’s wealth is being “stolen and squandered” by the few who enrich themselves on its profits.

This is the biggest story that almost no one is reporting. In dozens of countries around the world, authoritarian regimes and armed groups are selling off the oil that belongs to the people, and using the money to fund repression, corruption, conflict and terrorism.

Oil is the world’s largest traded commodity by far, so the amounts going to these autocrats and militias are gigantic: hundreds of billions of dollars a year. Many of the crises in the headlines over the past few years – coming from Syria, Iraq, Yemen, Libya, Russia and more – have been powered by money from selling oil stolen from citizens.

Oil belongs to the people

The odd thing about this story is that nearly everyone agrees that a country’s oil belongs ultimately to its citizens. In America, this is a bipartisan idea, declared by both George W. Bush and Bill Clinton. And it is easy to find leaders of many other countries saying, “the oil belongs to the people” – the leaders of Britain, Australia, Mexico, Ghana, and even Iran, for example, have declared just this. The principle is also enshrined in dozens of national laws and constitutions. And 98% of the people in the world live in a country that has signed one of the main human rights treaties, which say that all peoples have the right to control their country’s natural resources.

If the oil belongs to the people, then no one should be able to sell it off without their possible consent. But that’s just what the world’s autocrats and armed groups are doing. When I investigated this issue for my book Blood Oil I found that oil sold off beyond any possible consent of the people accounts for more than 50% of the world’s trade. Over half of the oil in global trade is literally stolen goods.

This oil is being stolen not only from headline countries, but also from places like Equatorial Guinea where the president has allegedly had his political opponents tortured in one of the world’s worst prisons, and Angola where the elite live in luxury while the country’s children die from poverty at one of the highest rates in the world. 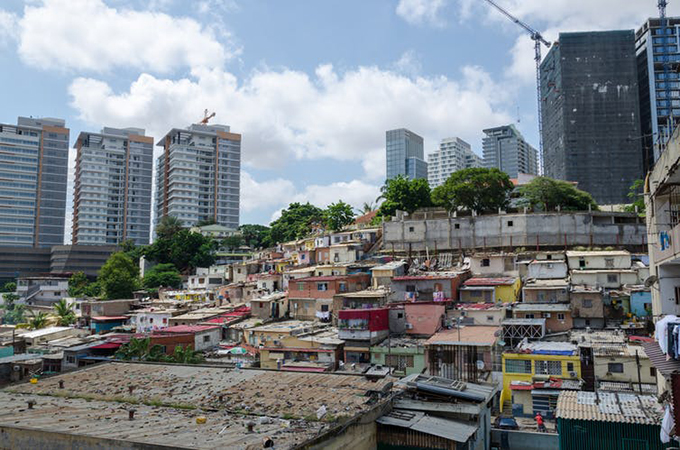 Luanda, Angola. Who owns the oil? Not the people who live in the foreground. Fabian Plock / shutterstock

The source of the problem is an archaic law left over from the days of the Atlantic slave trade. This is the law, versions of which exist in every country, that makes it legal to buy the natural resources of other countries from whoever there can control them by force. So, to take one example, when Saddam Hussein’s junta took over Iraq in a coup years ago, America’s law made it legal to buy Iraq’s oil from them. And then in 2014 when Islamic State (IS) took over some of those same wells, all countries’ laws made it legal to buy oil from IS (that’s why sanctions had to be imposed: to block legal purchases from IS).

This law is so ancient we take it for granted. But it makes no common sense. If an armed gang takes over a gas station, after all, no one thinks it should be legal for us to buy the gas from the gang. But our laws do put us into legal business with whichever foreigners can control oil by force. Over recent years the average American family has sent up to US$250annually to foreign authoritarians and armed groups, just by filling up their cars.

The obvious solution would be to make it illegal to buy oil from anyone who is not at least minimally accountable to the citizens of their country.

That might sound difficult. But in fact the movement has already started. A senator in Brazil has just introduced legislation which would make it illegal to import oil from authoritarian or failed states – and would prevent its national oil company from signing any new contracts with autocratic regimes.

Brazil is the fifth largest country in the world. It’s a lot poorer than Western countries, and in the midst of a financial crisis and corruption scandal much worse than anything in the UK. If Brazil can discuss a ban on stolen oil, why can’t Europe? Why can’t Britain? Why can’t the US?