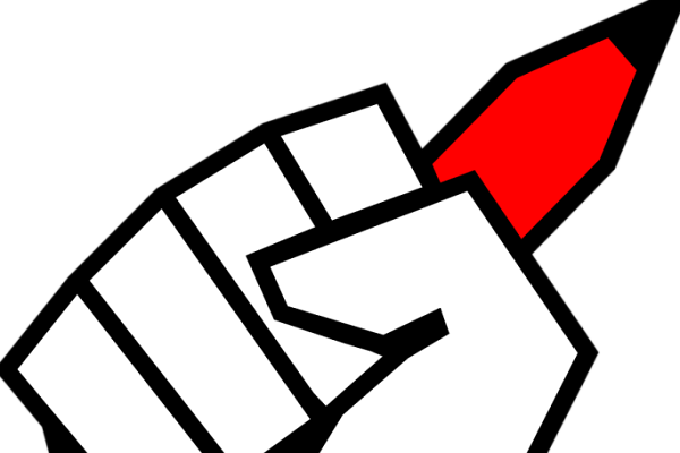 I’ve mentioned before that political leanings are now part of the hiring process on some of our campuses: if you don’t follow the Social Justice ideology and all, everything, it entails, you can’t be hired. Yes, even in mathematics, you must be a social justice warrior to teach math, on some campuses.

Now, not…everything…is wrong about SJW beliefs, but one part of it is very annoying. The SJW must insert politics into everything. This is why the Star Wars movies are now more about ideology than light sabers, why football is obsessed with the “kneeling” issue, why our homosexuality/transgenderism seems to be discussed everywhere even if, in reality, neither are factors for 95% of human sexual activity (and 99.999999% of human activity in general), among many other examples.

So what happens when the social justice warrior tries to teach math? There are no politics in mathematics, so obviously the course must be discarded:

Um…what? The gentle reader should understand why our college courses are so off the rails now, to the point that a math class addresses imperialism, of all things. Accreditation, which supposedly legitimizes the education at schools, does no such thing. The schools actually legitimize themselves, while paying fees to the accreditor—the latter never sets foot inside the classes to see with their own eyes what’s going on. So what, exactly, kind of math is this, anyway?

The course, “Finite Mathematics,” is designed for non-science majors and fulfills a general education requirement.

“Finite Math” is one of many fake courses on our campuses. It’s basically “math for people who can’t pass math.” I’ve taught it a few times. Generally the course is “chapter 1” from four different courses—lightly covering a wide range of topics so if a student takes a month off during the semester or can’t remember anything he ever learns, it’s no big deal. Since it’s all very introductory material, there’s nothing here that can’t be picked up in a few weeks, and students don’t have to learn much at all.

Even with such minimal requirements, much of it must be tossed to make way for ideology:

The professor begins with a positive review of Democratic presidents Barack Obama and Bill Clinton in section two of the midterm, entitled “Red Party Politics Shifts and Cracks,” before asking students to analyze voting statistics between male and female voters during the 2008 presidential election.

“The emergence of the Tea Party played a central role in the 2008 U.S. presidential election,” the document reads. “The victor was Barack Obama who, like Bill Clinton, served as U.S. president for 8 years – the two men guided always by the strength of character and force of intellect of First Lady Michelle Obama and Hillary Clinton.”

It’s really weird how the people heaping endless praise on Hillary also pour infinite odium on Trump. If Trump was so bad, what does that make Hillary, who objectively lost despite having a vastly more powerful political machine? I digress.

Now, students complain about having ideology poured down their throats even in math class, and have plenty of documentation that something is awry. How does admin respond?

…the university seeks to “encourage any student who believes that an instructor has acted beyond the limits of academic freedom to consult the policies and procedures in place for seeking a faculty conference and mediation.”

I must point out: the university hired this professor, and doubtless his SJW beliefs were key to that hiring decision. I doubt they’ll do anything, citing “academic freedom.” Much as there’s much hypocrisy regarding enforcement of these types of rules in social media, we see it here. After all, if you dare to even question about the 23 genders, or claim heterosexual marriage isn’t so bad, you’ll be punished with suspension or being hauled into the Diversity palace for re-education…both these things happen quickly.

But turn a math course into an ideology course and…well, the university will look into it. Sometime. Perhaps. The professor has been doing this a while, you see:

A RateMyProfessor review of Professor Fabbri seems to suggest that he has a history of getting off topic in his math courses. “Hated his class,” one former student wrote. “He mumbled and went off on tangents to talk about things that were completely irrelevant.”

I’ve tried so hard to explain what’s going on in higher education, but it’s clear I have much work to do as yet, as one unanswered comment illustrates:

Academic freedom does not mean that professors can do anything they want in the classroom. Universities generally insist that professors keep to the subject matter, and not deviate excessively into irrelevant areas.

I’ve taught in higher ed nearly 30 years, and I’ve never had the university “insist” anything beyond mandating a certain pass rate. Direction for classroom material comes from the department, at least in legitimate schools.

In such cases, I’ve had people tell me exactly what I need to cover in class, and I do. Legitimate schools are run by scholars, you see, and I generally agree with their recommendations. These scholars are hired based on their academic abilities, instead of ideology, and so the coursework actually qualifies as education.

The university presenting this course, protecting a SJW as he warps the course into ideology instead of mathematics, is Penn State. Yes, they have a bit of an evil reputation regarding pedophilia in their athletics department, but I can see how someone might overlook this if they’re not involved with the athletics.

But now that they’re on the record that even their math classes are more about ideological indoctrination than education, Penn State becomes one more school students should avoid if they’re seeking an education.