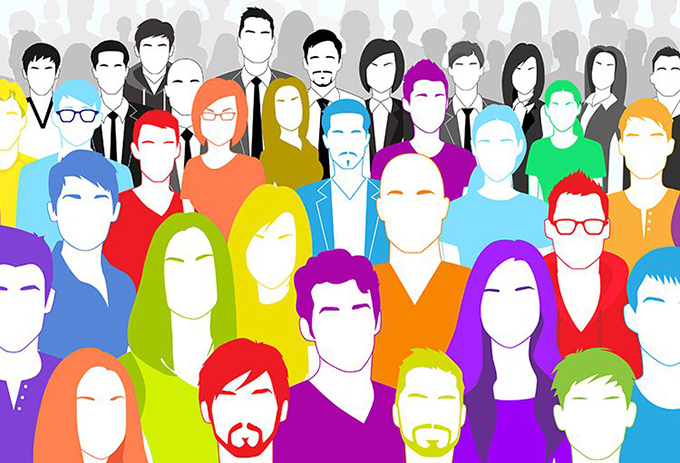 I remember when the war drums were beating loudly for us to attack Iraq. While we all know the mainstream media lie machine went into overdrive (hello, babies tossed from incubators! Hi yellowcake! Greetings WMDs!), most don’t know that on campus, things got a little deranged as well.

One of the least known derangements was the Loyalty Oath we all had to swear, pledging fealty to our state and Federal masters. Yes, I swore readily—then, as now, I intended to serve my country or state in what ways I could, even if that doesn’t necessarily mean I’ll ever serve my government, state or Federal.

I’ve only served at one religiously-inclined school, but was never required to profess faith in their beliefs. That said, I completely respect that a school funded by dollars given by believers should be allowed to require the scholars working there to share those beliefs. I feel all religions should be allowed to fund their own schools on their own time, but there’s a trend in higher ed now that violates what I feel here:

–I don’t think scare quotes are necessary, it is what it is.

Of course, the title is a bit contradictory: at what time can a secular school demand a faith? When the faith it represents is the ultimate ideology when it comes to hypocrisy and cognitive dissonance:

…a different sort of religious statement is increasingly common at secular colleges — namely, the statement of diversity.

I honestly can’t recall if I’ve ever been force to swear such an oath. If I did, it was long enough ago that I’ll claim ignorance into the true depths of this philosophy. The article I’m quoting from gives a helpful description of what such an oath entails:

Professors and other faculty members are asked to pledge their commitment to “equity” and “inclusion” and to demonstrate how they have acted to fulfill this pledge in the past. And much as with the religious version, the goal of these policies is to ensure uniformity of belief.

While buzzwords like equity and inclusion sure sound nice, the reality is these words ultimately revert to “more us, less for you, and if you don’t like it, you’re RACIST!” Because uniformity of belief is enforced, anyone who speaks out against it is smashed in the face with the latest “equity initiative.” In this environment, you don’t dare stand out too far from the crowd.

Faculty at Harvard’s School of Engineering and Applied Sciences were recently required to submit reports detailing their actions in support of “diversity, inclusion and belonging.” Teachers’ ability to demonstrate wokeness will affect the assignment of future bonuses, per the school’s dean.

The article I’m quoting from lists quite a number of schools which force their workers to swear adherence to these beliefs, and make continued existence on those campuses contingent upon doing works supporting those beliefs. I again point out these secular schools really are supposed to be about education and scholarship…but the new religion has no interest in such things. You’d better believe if you can only get your money by screaming “black lives matter” until your throat bleeds, that’s what will become the prime focus, even at Harvard’s School of Engineering and Applied Sciences.

Consider the University of California, Los Angeles. To be considered for tenure-track positions, applicants are required to write a full statement outlining their commitment to diversity. According to UCLA guidelines, the extent to which a professor promotes equity, diversity and inclusion is a key factor in making progress on the tenure track.

Consider the above: by definition a white male cannot make progress on the tenure track. If he dare try, well, then, he’s not stepping aside, and that’s not “inclusive” as they define it. I promise the gentle reader, if we subject the “under-representation” guidelines to many departments, we’ll see that white males are under-represented compared to the constituency of the students and local population. It’s curious that white males were first pushed out because other minorities were “under-represented,” but now that white males are basically annihilated or nonexistent in some departments and up against a glass ceiling in many others, turnabout is not considered fair play.

This is how practitioners of the campus religion define “equity.”

Strangely, groups that often take Christian colleges to task over their statements of faith are silent on the pernicious effects of the secular ­variety. In 2016, for example, when Wheaton College in Illinois fired a faculty member for expressing views that ran afoul of its theological beliefs, the American Political Science Association called into question the school’s “commitment to academic freedom.”

Yet the APSA, which itself has a department dedicated to diversity, hasn’t publicly weighed in on whether forcing faculty to sign ­diversity statements infringes their freedom of expression.

Indeed, it’s always a one-way street. This might be tolerable if the street led to a better place where the school could advance education and research…but it goes the other direction, every time.

And given universities’ growing insistence that students anonymously report professors for any perceived “micro-aggression,” right-leaning professors have ample reason to fear they will be targeted for punishment.

Honest, turning the students into the secret police for the Diversity Institute on campus has a very chilling effect on free speech. Dare to say something that could vaguely look like you’re questioning, for example, the existence of 23 genders, and you too will be dragged into the Diversity Institute for re-education, strictly on the basis of a student filing a secret complaint.

Universities used to very commonly be religiously-based, but at least, in the interest of scholarship, they allowed “nonbelievers” to be there. Still, our individual states opened up secular schools, the better to represent the citizenry of a country which allowed freedom of religion. The last presidential election showed clearly that the religion of Diversity is not practiced by wide swaths of our population (hi Deplorables!), and yet now this is a mandatory religion as our supposedly non-religious schools.

Thus, our taxpayer-funded schools, at the very least, should not be forcing its faculty to swear belief in this religion on general principle. Too bad there’s nobody left at most of these places to stop them. That said, most schools are now funded by the student loan scam, which ultimately is funded by taxpayers. Yes, once I’ve come to the conclusion I’ve reached so many other ways: end the student loan scam.